BusinessDesk follows the money - and wants yours

BusinessDesk was an independent agency supplying the media with news and commentary for more than a decade. Now it’s offering “world-class coverage of NZ business and how the world works” for $250 a year. Will it work? 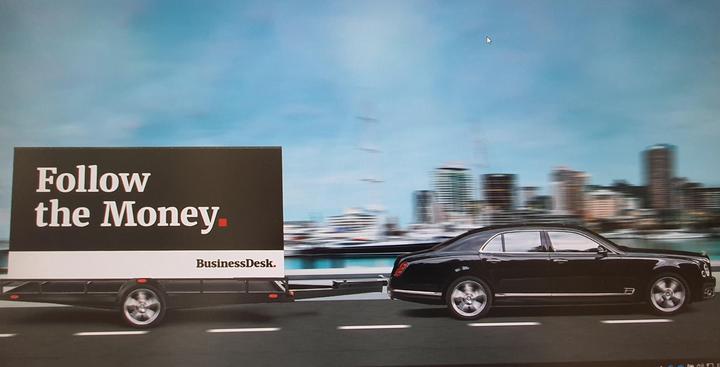 Last Tuesday the New Zealand Herald’s owner NZME announced the company’s latest annual results: another decline in revenue from newspapers, modest upturns in digital and online advertising and a welcome upswing in revenue from its many radio stations.

CEO Michael Boggs also revealed 21,000 people were now paying for the Herald’s premium content online. Its digital subscriptions were launched in April last year when the Herald stopped making all its news and journalism available for free online.

The $1.7 million brought in so far is a tiny proportion of NZME’s total revenue but it's an important source of support for the Herald’s journalism and news.

He isn’t the only media boss hoping more New Zealanders are now willing to pay for journalism online.

The following day BusinessDesk held a do in Auckland - with finance minister Grant Robertson a special guest - to let people know it’s now trying to turn readers into customers. 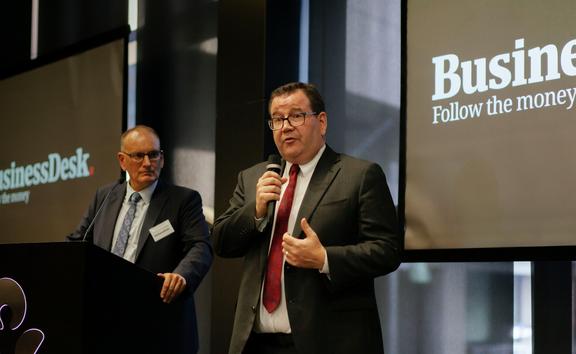 Prior to that a Rolls Royce towing a big billboard-laden trailer with the words “Follow the money” on it was also spreading the message.

Veteran journalist Pattrick Smellie founded BusinessDesk in 2008 after many years in journalism at The Dominion, The Press, Sunday Star-Times and National Business Review.

He was also a press secretary to Roger Douglas and then a communications professional for Fonterra and Contact Energy - which makes him one of few journalists ever to come back from 'the dark side'.

For years, BusinessDesk's role was supplying other media with business news and comment.

"As time went on the number of potential customers to resell the wire service to started to fall away. Either we close down or we adapt to the way the media market is changing,“ Pattrick Smellie told Mediawatch.

BusiessDesk says subscribers will get 10-20 original business stories a day they won’t see anywhere else. But what kind of stories?

“We used to talk about 'incoming' - the news we had to deal with as it hit our inboxes. We have to change that completely and we need to be more judicious about what we choose to cover. We need to be the publisher that does the interesting stuff,” he said.

“There is a readership that is hungry for good reliable stuff and also has the capacity to pay for it."

A key backer, partner and contributor is Brian Gaynor from Milford Asset Management, who was a columnist for the New Zealand Herald for many years. His column will now be available only to BusinessDesk subscribers.

But The Herald’s digital subscribers get a broader range of content for just $199. NZME can promote the subscriptions heavily in their papers, their websites and on their radio station.

The NBR - founded in the 1970s - already offers digital subscriptions and it has been moving customers away from its shrinking weekly print edition over to the online alternative, which costs individuals $399 a year.

“It’s quite clear that the news business is falling into two camps," Pattrick Smellie told Mediawatch.

“We’ve got a strong, growing economy, a fast-growing population and a whole generation of people who are taking a significantly greater interest at a younger age at what investment markets are doing.

“Maybe the issue we will all face will be subscription fatigue.

“As people accept paying for the good stuff is inevitable, (they) have to decide which of the good stuff to choose – and it’s not just news. There is Netflix and Spotify and all these other forms of media that take a chunk of change each month. That is the challenge for us."