Our Fourth Estate is "collapsing" according to Winston Peters. This week he set out what he wants as the coalition government ponders a new policy for the media - due to be unveiled any day now. But what does the most comprehensive annual survey of the state of it all reveal? 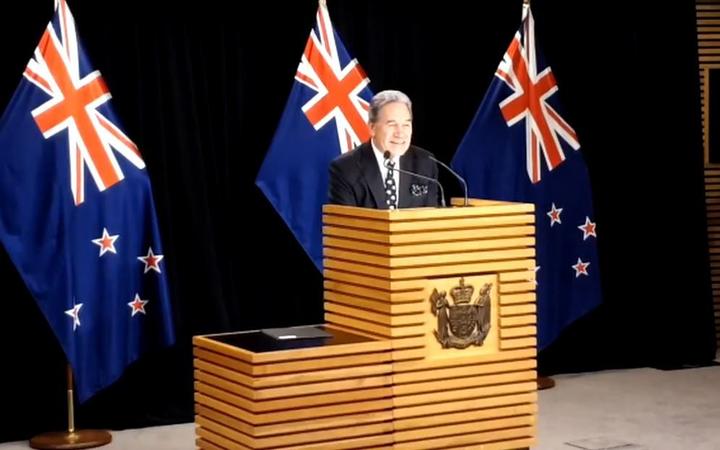 While the PM addressed reporters this week on the Whakaari/ White Island disaster, her deputy praised their work in a press conference he called on Thursday morning.

“It underscores the role of news media at times of natural disaster, both in the Bay of Plenty and in the South Island during the recent storm," Peters told the reporters.

But it was the storm faced by their media outfits in these digitally disrupted days that he zeroed in on.

He spoke of “the collapse of the Fourth Estate here”, referencing Keith Holyoake, Thomas Jefferson and even Nelson Mandela along the way.

Those were tough words to hear for New Zealand Herald editor Shayne Currie and his boss Michael Boggs, the chief executive at the Herald’s publisher, NZME. Both were there as Mr Peters spoke in Parliament along with other NZME executives.

It would have been music to their ears when Mr Peters said his NZ First Party backed NZME’s renewed effort to take over rival news publisher Stuff to create one big news company.

The Commerce Commission and the courts knocked back their proposed merger in 2017, but since then NZME has lobbied hard for a green light from government for a new proposal tweaked to include ‘Kiwishare’-style concessions.

This was big news for NZME’s newspapers which ran the story the next day, but a red flag for the next-biggest New Zealand publisher Allied Press which would come under pressure from a super-sized national competitor.

“Deputy Prime Minister Winston Peters is dead wrong when he says our Fourth Estate is collapsing," Allied’s flagship paper the Otago Daily Times said this weekend under the headline: “No future in monopolising news”

"This story lacks balance: some companies, by virtue of their own actions, are worse off than others," said the ODT.

"Allied Press has opposed the mega-merger since it was sought in 2016. All that has changed is the provision of a Kiwishare plan that could be reviewed (read abandoned) after only a few years," it added in an editorial.

On Thursday, Winston Peters went on to say he also backed efforts led by Broadcasting Minister Kris Faafoi to reshape our public broadcasters.

An announcement on that has been flagged by the end of the year - maybe  - and Peters clearly wants the public to know he has influenced the policy before it is unveiled.

But the problem is no-one outside the minister, the Cabinet and a few selected officials and advisers know what that is yet.

This might mean a mashing-together of RNZ and TVNZ - and more money for privately-owned media to tap into for news and journalism.

This year, NZME took the plunge and put up a paywall to make people pay for premium stuff from The Herald.

Last week the chief executive of Stuff - the publisher of most of the country’s newspapers and NZ’s biggest news website - told Newsroom it’s thinking about something similar.

But complicating the equation is Stuff’s current owner - Australian media company Nine - trying to sell it off.

The offshore private equity owners of MediaWorks want to sell its TV channels as well.

All of this means hundreds of jobs in New Zealand journalism - and the back offices - are at risk from decisions that will be made by the government and offshore owners.

And while those offshore owners want out of the New Zealand market, online streaming services like Amazon Prime and Disney Plus have come in this year further splitting up the audience and the money it's prepared to pay for premium entertainment. 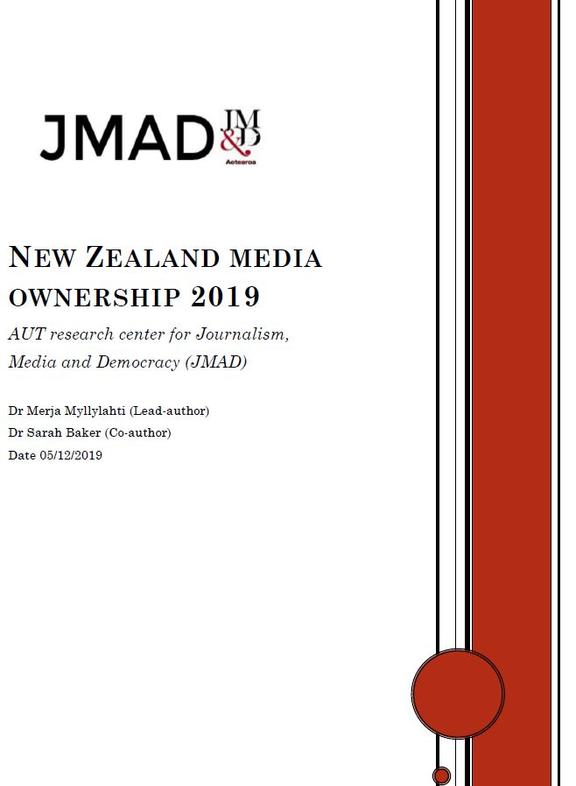 The most comprehensive analysis of the media scene each year is the New Zealand Media Ownership Report.

It was created by economist Bill Rosenberg many years ago and is now published by the Centre for Journalism, Media and Democracy at the AUT.

"New Zealand’s broadcasting sector, both public and commercial, is facing the biggest structural upheaval in a decade," said Dr Merja Myllylahti, JMAD co director and the main author of the 2019 report (PDF download)

"I think it’s the hardest report we have ever done. I was updating the report constantly and just when I thought we could finish it off something would pop up like the RNZ/ TVNZ 'new entity' proposal and the NZME-Stuff merger surfaced again,“ Dr Merja Myllylahti told Mediawatch.

Does she agree with those who say the New Zealand media scene is “unsustainable“?

“Working on this report I started to feel like we have been saying for a long time there is a lot of trouble for the media. Last year we were a bit more optimistic but this year I was thinking this is really looking quite bad," she said.

"A lot of media companies are making losses. They’re cutting dividends and cutting operations like MediaWorks trying to sell its TV operations. Maybe it’s too strong to see your media ecosystem is on the verge of collapse but I really feel like it is,“ she said

Five key trends and events in the JMAD 2019 report:

While the future of public broadcasting is in the hands of the government, Dr Merja Myllylahti said the future of commercial television will be decided by private equity firms, investment managers and financial shareholders. 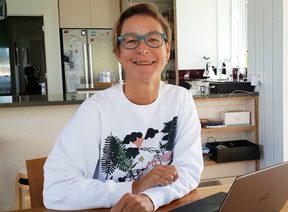 In 2019, Australian Quadrant Private Equity and American Oaktree Capital became joint owners of MediaWorks. If MediaWorks’ owners fail to sell its television business, the company has warned it may close.

But if media companies here have trouble attracting investment, and shareholders who want dividends desert them, is it a good thing private equity at least is willing to invest in our local media?

“I think if you look at what’s happening in the US, private equity companies have bought a lot of newspaper assets. To attract more value they cut costs ... and that means less journalism in the newsrooms. In the end private equity doesn’t have an interest in the news - just maximising returns,“ she said.

The JMAD report for 2019 has an eye-opening section about multi-billion dollar deals between US media companies and some well-known brands and mastheads coming under the control of fewer and fewer owners.

While it’s widely known that the world's richest man, Jeff Bezos, owns the Washington Post, the JMAD report lists a number of other billionaires who have major stakes in individual publications and media outlets.

"In the US and the UK we’ve seen billionaires buy news assets and magazines. So far so good at the Washington Post where it’s been working well, but why don’t we have that here?," asked Dr Myllylahti.

"We might lose hundreds of jobs in the media sector next year. Do our wealthy people really care? Have they showed any signs of that? No-one so far has put their hands up and we do have wealthy people here," she said.

"Come on guys. This is about democracy,” said Dr Merja Myllylahti.