Dan Eaton is the author of No White Lies - a thriller involving a kidnapping, spies and dodgy journalism. He's also a former national affairs editor of The Press and the recently appointed director of National Security Policy at the Department of Prime Minister and Cabinet. 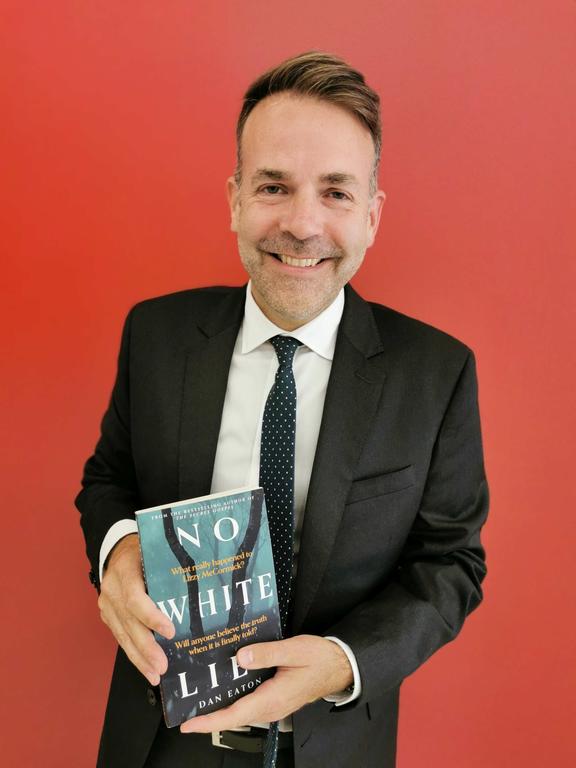 No White Lies' protagonist Will Anaru McCormick is a journalist whose daughter is kidnapped from their home on the shores of Lake Wakatipu. McCormick's journalism may have won him a Pulitzer prize but his decision to work with the CIA has seen him make some highly unethical decisions - decisions that come back to haunt him.

It's a cliched question but is there any overlap between the lives of author Dan Eaton and and his latest creation Will McCormick.

"What I want people to realise is that this was written as a piece of pure fiction; pulp fiction and ultimately I’m trying to sell books," Eaton told Mediawatch.

"It’s an atmospheric, psychological thriller. I would describe it as a cross between Jane Campion’s Top of the Lake and a John Le Carre spy novel but with a New Zealand twist."

But, yes, there is some overlap. “I worked as a journalist in Cambodia, tick, I was bureau chief for Agence France Presse there; he’s been struggling to cover a story because no-one at the US embassy will talk to him, tick been there. The rest is fiction."

And that will come as a relief to both his friends and family and his new employers: The Department of Prime Minister and Cabinet where he's about to take up the position of director of the National Security Policy Directorate.

Eaton said he was never approached by spy agencies to work for them during his time as a journalist but there's plenty of documented cases of that happening in the past. "Over the years journalism has been perfect cover – an excuse to be anywhere at any time."

But while journalists being recruited by spy agencies may be a thing of the past he is concerned that journalists could be unwittingly helping the intelligence agencies of foreign powers. He points to a New York Times article from last year - When Spies Hack Journalism - that explored how security services of foreign powers were behind hacks that were then leaked to journalists.

"Journalists are set up to be manipulated or co-opted willingly or otherwise," Eaton said. "There’s a risk they will become de-facto servants of a foreign intelligence agency."

As a former journalist working in the defence area what would he do if he came across information that was clearly in the public interest but was being withheld for political reasons?

“In my experience so far… I haven’t found myself in that situation. I’ve been a public servant for 10 years and to be honest I don’t expect to."

He said in his view current whistle-blowing legislation provided enough safeguards to protect those with legitimate concerns.

But the truth, Eaton said, is usually far more mundane. "Journalists finding themselves trying to connect the dots between a couple of juicy disparate bits of information should err on the side of bureaucratic stuff up or human error over grand conspiracy."

Eaton said there was a growing trust deficit between journalists and government. "There’s a high churn in both professions. And a lot of inexperience. I believe one way to move beyond that is to build relationships with journalists. And to do that over time so that we have longer conversations that aren’t about tweets or sound bites. To my mind it’s more about informing than influencing."

In an afterword to No White Lies, Eaton writes that the media channelled, amplified and legitimised misinformation fed to them by authorities in both the lead up to the Iraq war and during the Operation Eight raids in Te Urewera.

As national affairs editor of The Press Eaton reported on the 2007 Te Urewera raids. So did he help amplify the information being leaked to the media by the police? "I think it’s a tough one. I really do believe that you don’t always realise you might have been doing that: amplifying misinformation until some time after the fact."

He writes in his afterword: "The embarrassment caused to the police when their terrorist conspiracy crumbled eventually led to an apology. But the [Terrorism Suppression] act remains on the statute books, waiting to be used should the right set of circumstances come about."