History behind a paywall - and on screen for free

You paid for a TV programme about how modern New Zealand was built - and you have to pay again to see the earlier episodes behind a paywall.  Meanwhile, Parliament TV is screening stuff from the archives nationwide at next-to-no cost to the public purse. 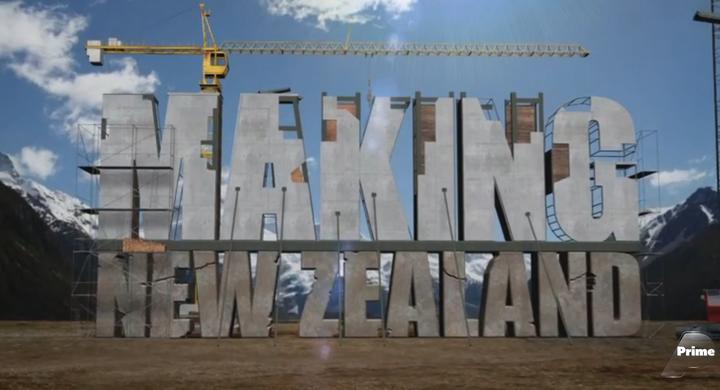 Catch it while you can . . . Photo: screenshot

Over four weeks each Sunday night, Prime TV recently screened Making New Zealand - a documentary series which told “the stories of the men and women who built our nation from the ground up”.

This was funded by you - via the government broadcasting funding agency NZ On Air - to the tune of just under $750,000.

The final episode was a fascinating look at the history of broadcasting in New Zealand, rich with archival footage from the distant and recent past alike.

It also included technical experts who explained why putting TV programmes out nationwide was no easy thing back in the day.  Shows were broadcast regionally and some far flung places couldn’t get the signal at all.

Such scarcity seems strange to us now, with so much access to programmes on so many platforms via so many different types of devices other than the old-fashioned TV set these days.

“TV is increasingly on the internet. We in New Zealand have to have our content everywhere because that’s the only way we’re going to ensure our children  - and everybody - has access to their stories, their world, their reality and their imagination.”

If you missed the lastest Making New Zealand shows you can watch them online on the catch-up section of Prime TV’s website.

But because of the way we fund our public broadcasting, you’ll have to pay again to see earlier episodes. 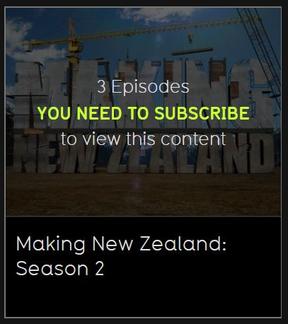 Behind the paywall . . . Photo: screenshot

Series one and two of Making New Zealand - publicly funded from NZOA’s Platinum Fund - are only on the on-demand service Neon which is a subscription-based service of Prime’s owner Sky TV.

Why are publicly funded programmes about the making of our nation now behind the paywall of the country’s biggest pay-TV company?

“With all funded material the content belongs to the producer - and the producer negotiates rights with the platform and those (Making New Zealand) shows would have been on the (free) on-demand service for a while,” NZOA chief executive Jane Wrightson told Mediawatch.

“However we became increasingly concerned about this. Producers want short windows so they can sell them to other people,” she said.

“We said we want one year’s window for all our content. Increasingly, producers have understood our point of view.  Making New Zealand series three will be on the Prime on-demand site for a year,” she said.

Jane Wrightson said there are only a few shows made during the 30 years of NZ On Air which are entirely available online for free. That was one reason New Zealand On Screen was created - to host some episodes of old shows as “a record of what’s been made”.

Meanwhile, old TV shows from our past are now being aired for free on the country’s least-watched free-to-air national channel: Parliament TV. 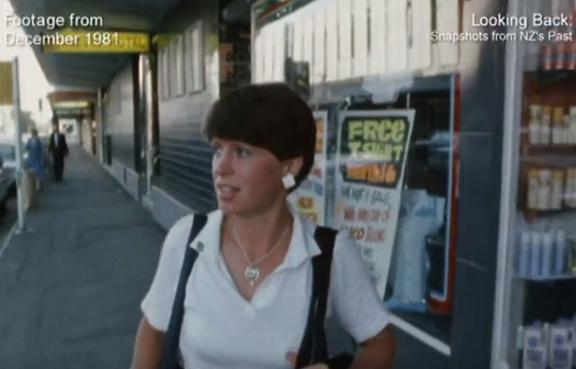 How has the Office of the Clerk managed to produce such bargain basement television?

Looking Back lets the footage breathe. There are only minimal explanatory voiceovers preceding them.

Episode one included full party political election broadcasts from 1966 back-to-back followed by an episode of TVNZ’s Dateline Monday from the 1978 election campaign.

This week Looking Back screened an Eyewitness News show about how the media covered the 1981 election campaign on the road. Among familiar and not-so familiar faces from days gone by was a young Barry Soper, who is still in the game today as political editor of Newstalk ZB.

On Thursday, Looking Back screened in full a famous TV encounter from 1981 in which presenter Ian Fraser - later to become TVNZ’s chief executive - grilled minister of police Ben Couch at considerable length about what appeared to be his support for separate development in South Africa. 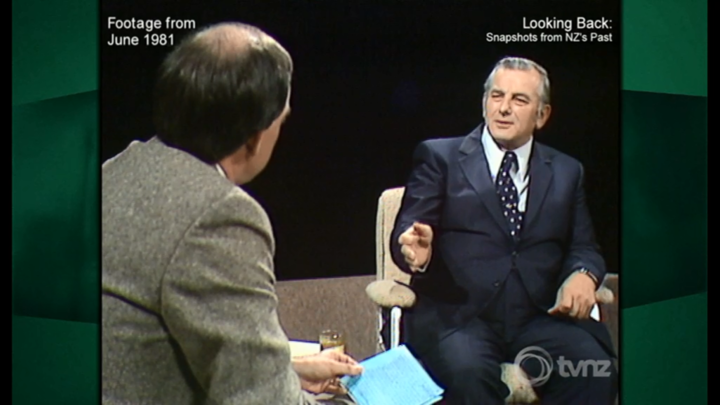 It isn’t the first time Parliament TV has featured something other than actual Parliamentary proceedings.

A spokesperson for the Office of the Clerk told Mediawatch it plans to develop more content to play on Parliament TV in non-sitting hours as part of its parliament engagement strategy.

Parliament TV is available on Freeview channel 31 and Sky and Vodafone channel 86 and live streams on its website parliament.nz