Mediawatch's weekly catch up with Lately. This week Jeremy Rose talks to Karyn Hay about a new series of in-depth interviews with indigenous leaders; the latest long-form journalism offering from BWB Texts, the indigenous-led protests in Ecuador, and the under-reporting of one aspect of Turkey's assault on the Kurds in Syria.

"In the beginning, there was Te Kore, The Nothing. From Te Kore came Te Pō, The Night..." so begins one retelling of the Maori creation story. And local players of the world's most popular on-line game, Fortnite, may have wondered whether they had returned to the beginning of time when they were confronted by a black screen earlier this week.

The 'black hole' - a marketing gimmick if there ever was one -  was widely reported by the media around the world and New Zealand was no exception. Newshub's The Project reported that quarter of a billion fans were freaking out and even found a Palmerston North player who claimed she was dreaming about the game - now that she couldn't play it six hours a day.

But there was one local angle that was overlooked. Earlier this year local production company Mahi Tahi Media was all set to begin production of a te reo Maori streaming competition based around Fortnite. The project had been funded by Te Māngai Pāho -  the government agency responsible for funding te reo Maori media - and filming was to begin in Christchurch in late March.

Then the Christchurch Mosque massacre happened and the production company and Te Māngai Pāho agreed that it was inappropriate to begin filming for the project due to the shoot-em up nature of the game.

The decision was taken to abandon the project altogether, but what to do with the allocated funding? Well, the result might not excite the country's Fortnite players but it's a boon to anyone who enjoys long-form interviews. Indigenous 100 sees former Native Affairs presenter Julian Wilcox return to the interviewer's chair for a series of, yes, 100 interviews with Indigenous leaders.

The series kicked off last week with an interview with Pania Newton - the spokesperson for the Ihumatao land occupiers. At 111 minutes long its a far more in depth interview than you would ever get to see on television.

Three interviews were released last week and the plan is to release another interview each week from tomorrow when an interview with Sir Tipene O'Regan will go live on both the Indigenous 100 YouTube channel and its Facebook page.

Last week's episodes included two double-headers, one with Francis and Kaiora Tipene of the Casketeers fame; and the other with kapa haka legends Reikura Kahi and Kawariki Morgan.

If Indigenous 100 is pioneering a new path in very long form interviews, then BWB Texts is something of an old hand when it comes to promoting (very) long form journalism in New Zealand. The series of "short books on big subjects" invariably attract a slew of interviews in the media - ensuring that the subjects being explored in the books reach a far bigger audience than just those who fork out the modest $15 price tag for one of the books. 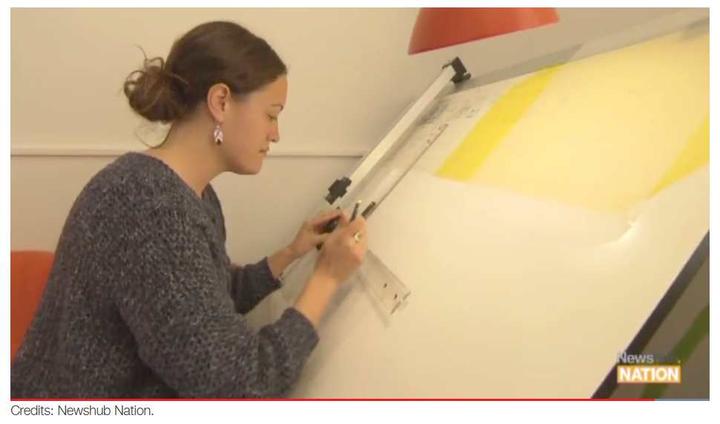 And Rebuilding the Kāinga: Lessons from Te Ao Hurihuri, by Jade Kake is no exception. Newshub's The Nation visited the author on her whanau land near Whangarei. It was an illuminating report and a refreshingly different take on the nature of the housing problem in New Zealand.

E-Tangata also interviewed Jade Kake, and the Spinoff featured a piece of her writing.

BWB Texts have so far published more than 50 titles covering everything from the future of the welfare state and what we eat to Parihaka and doubling the refugee quota. It's an impressive effort and has provided a lot fodder for the country's journalists.

Time for some more indigenous voices in our international reports?

Indigenous movements internationally have been taking the lead in climate change activism and we're beginning to hear a few more indigenous voices in news reports on climate issues reports but their voice is still often missing - even when they're at the centre of the action.

That fact that the protests in Ecuador were led by the indigenous community has been widely noted in the reports of the recent unrest that saw seven demonstrators killed.

But you would have been hard pressed to find any indigenous voices explaining what their concerns were in those reports.

It's not often we hear about Ecuador in the news. There was some interest a few years back when it's then leader Rafael Correa attempted to convince the world to pay it to leave the oil in the ground as a permanent carbon sink but was unsuccessful.

And there was a flurry of reports around the same time when it became the first country in the world to include the rights of nature in its constitution - which was widely attributed to the influence of the country's indigenous population.

It's a pity none of the reports in the New Zealand media of the protests have included any interviews with the  indigenous leaders of the protests. Particularly as one of their main demands - the restoration of fuel subsidies is sure to be controversial among indigenous peoples around the world.

Democracy Now interviewed a lawyer representing the indigenous groups who made it plain the anti-austerity demands went well beyond simply reversing the cut in the fuel subsidty.

The destruction of the Rojava Revolution

Turkey's attacks on the Kurdish population has been widely reported but the unique nature of the Kurdish experiment in direct democracy has been largely over-looked.

A few years ago author Janet Biehl spoke to Wallace Chapman about the feminist revolution taking place in Rojava. Biehl is the widow of Murray Bookchin - a radical thinker - who is credited with inspiring the non-state libertarian municipalism being practised in Rojava.

She's just been back to film a documentary.

And there's a good backgrounder by Joshua Keating on the radical experiment in direct democracy and its likely destruction by Turkey.