Recent weeks have seen the most concentrated climate change coverage in New Zealand's history but it was still eclipsed by coverage of the Rugby World Cup.

When prime minister Jacinda Ardern appeared on Three's AM show for her weekly chat on 17 September she reminded host Duncan Garner at the end of her segment that his media organisation was "part of a group" that was supposed to be taking an interest in climate change. 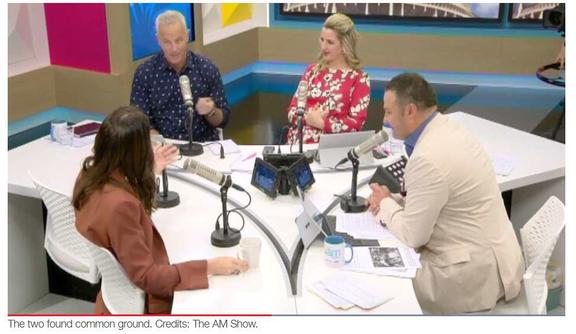 AM's co-host Mark Richardson chimed in: "Actually that's quite ironic because that's what we could say when it comes to climate change."

The "group" Jacinda Ardern was referring to was Covering Climate Now – a collection of more than 300 media organisations from around the world – reaching an audience of over a billion – who committed themselves to increase their climate change coverage in the week leading up to the UN Climate Action Summit on 23 September.

And Newshub was among the New Zealand media organisations that signed up along with TVNZ, RNZ, The New Zealand Herald, Stuff, the Otago Daily Times, Newsroom, and the Spinoff.

The result was three weeks of the most intensive climate change coverage in New Zealand’s history – culminating in last week’s climate strike.

New Zealand Politics Daily – a digest of the day’s most significant stories – included 129 climate change stories during the week of Covering Climate Now.

During that same week, Mediawatch took a look at the top four stories on the main New Zealand websites once a day.

The results clearly showed that the media was willing to give blanket daily coverage to a topic it knows very well at least half the population has very little interest in – a topic some sceptics claim is utterly unimportant – but that didn’t stop them committing huge resources to cover every conceivable angle of …  the Rugby World Cup.

The Covering Climate Now reporting was also impressive but not on anywhere near the same scale.

That said, there was no shortage of excellent backgrounders, news stories, features published and broadcast during the week (and after.)  And there were some interesting new initiatives, the Herald launched a podcast, Stuff ran a series of cartoons by Sharon Murdoch, 1 News ran 10 Covering Climate Now reports, and Newsroom pulled out all the stops with climate coverage dominating much of its coverage that week.

But it took an estimated 150,000 Kiwis taking to the streets to force climate change to the top of the news agenda - with both Newshub and 1 News leading their 6pm bulletins with reports on the climate strike.

If there was one person who dominated coverage both here and internationally it was Greta Thunberg – the 16-year-old Swedish activist who inspired the world-wide school climate strike movement.

But not everyone in the media was enamoured by the 16-year-old Swedish climate activist. 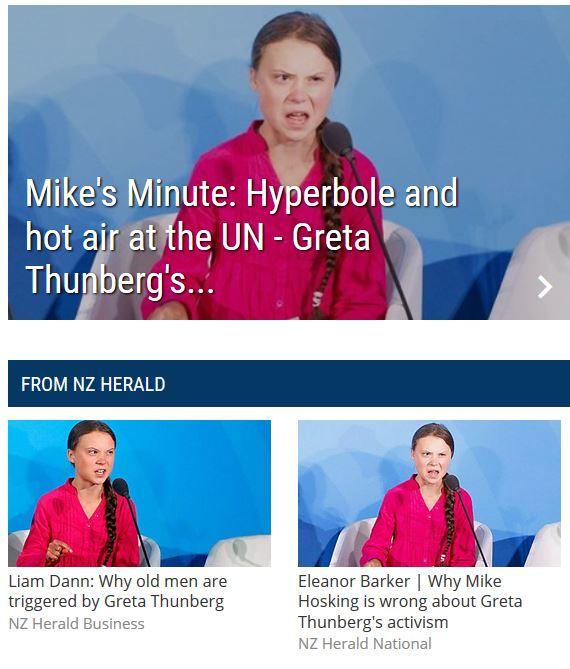 Duncan Garner and Mike Hosking both used their media pulpits to criticise Thurnberg. Without a hint of irony, Mike Hosking declared she "suffered from a fantastic sense of self-entitlement." And Garner responded to Thunberg's UN speech like this: " Do your bit but don't become a climate freak. It's a turn-off and it's frankly counterproductive."

In an interview with Canadian author Naomi Klein published by the online magazine The Intercept Thurnberg responded to a question about how she handles criticism of her speeches by saying it was as if she was in a room pointing to a raging fire and the critics instead of helping to put it out, pointed at her and said 'look at her clothes.'

And Thunberg said she always had at least one, and usually more, climate scientist read her speeches to make sure everything thing she says is based on the best scientific evidence.

Mediawatch could easily fill a programme with the local and international commentators who wanted to talk about Thurnberg rather than the fire.

Suffice to say there was a lot of childishness – almost all of it coming from those north of 40 – in opinion pieces purposely designed to cause outrage and generate clicks. It's the business model.

And another programme could be filled with the avalanche of opinion pieces defending Thunberg published by the New Zealand Herald, Stuff, the Spinoff and RNZ in response to Garner and Hosking’s musings.

To extend Thunberg’s metaphor, it’s as if the nation’s columnists turned their backs on the fire to defend the climate activist’s dress sense.

One of the report’s co-authors Massey University professor Bruce Glavovic told RNZ’s Morning Report that the paper "shone a light on the fundamental importance of the oceans and frozen parts of the planet for life on Earth. And the fact of the matter is that changes that have been underway in these systems imperial the health and wellbeing of humanity and life on Earth. It's a pretty stark message for us to listen to and to act on."

But as far as Mediawatch is aware the IPCC report failed to inspire a single column in New Zealand.

Newshub’s 6pm bulletin placed it sixth on its running order after stories on: the death of a student at a hall of residence, a child being swept out to sea, Fonterra cutting 63 jobs at a cheese factory, the National Party being upset it can’t use parliamentary TV in attack ads,  Jacinda Ardern’s appearance on the late show, President Trump’s latest impeachment woes, and Boris Johnston facing heat in parliament.

An ITV report by Rachel Younger was played 24 minutes into the programme. It hammered home the point that climate change is happening now and in our region. Solomon Islanders told Younger their islands had literally disappeared under the sea.

Across on 1 News, the IPCC report was 13th on the running order with all the same stories as Newshub plus one on a sex attacker being arrested, an earthquake in Pakistan, the possibility of the price of strawberries going up and African swine flu.

When it finally got to the IPCC report its focus was the impact on New Zealand tourism - not the one billion people whose lives are set to be disrupted by sea-level rise and snowmelt by 2050 according to the IPCC report.

The huge turn-out for the climate strike protest the Friday before last was widely covered but that weekend's Sunday Star Times failed to mention it at all. The paper did find space for a column by David Aaronovitch on... Thurnberg.

The editor of Carbon News - New Zealand's only specialist climate change publication - Adelia Hallett told Mediawatch things have been improving but the media still wasn't integrating climate change into all of its coverage in the way she thinks it should.

And she says it's taken a long time for the media to take the issue seriously. The first scientific paper on the topic was published in the 19th Century and the Rodney and Otamatea Times published an article about in 1916. 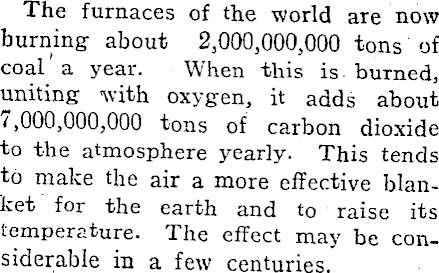 "In news, we're sort of stuck in this tyranny of the urgent over the important. Something is breaking, something has happened. And in the scale of things climate change is not quite as immediate, unless you've got a big natural disaster happening, but at the end of the day it's much more important and much more significant and will affect many, many more people."

Hallett said for too long climate change was seen as a fringe topic for coverage and she knew senior journalists who resigned from mainstream news organisations, such as the New Zealand Herald, out of frustration at a lack of coverage. "They have been aware of the problem. They have been trying to get those stories up, and they have just been squashed."

In a podcast reflecting on Covering Climate Now, the week's creators Kyle Pope, editor and publisher of  Columbia Journalism Review, The Nation's Mark Hertsgaard said the Guardian set the "gold standard" with its coverage.

And if a glance at its most-read stories recently is any indication, it's been a ratings hit with its readers.