Mediawatch's weekly catch-up with Lately. Colin Peacock talks to Karyn Hay about big paybacks for Amazon Prime - but small paydays; Three's On Weed in Review and a case of sub-optimal optimisation. 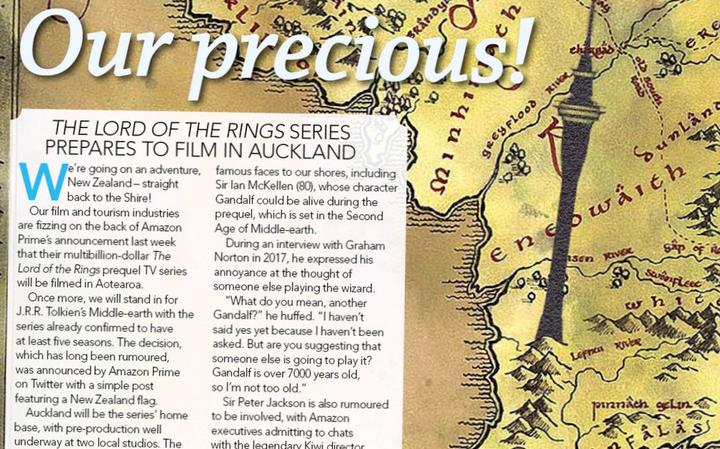 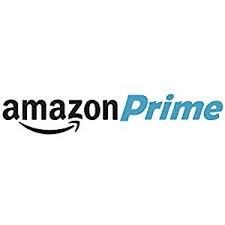 The announcement that a mega-bucks Amazon Prime TV Lord of The Rings production would be filmed here was warmly greeted by most of the media last week.

Most reports noted that there was a big incentive too.

"If Amazon applies for a screen production grant, it could get 20 percent to 25 percent of its New Zealand spending back. That could be a subsidy of between $300m and $375m for Jeff Bezos - the world's richest man," Newshub reported.

But it’s a bit more complicated than that. The ministry said there should be upper limits on the rebate - and so did Treasury.

Matt Nippert’s number-crunching also revealed “the New Zealand taxpayer has forked out at least $600 million to Hollywood producers since 2010 to support the film industry.”

A report commissioned released last June “concluded the film industry was now reliant on subsidies and was unable to conclude if the SPG was delivering taxpayers value for money.”The question of opportunity cost is hardly ever explored but on Monday New Zealand Institute chief economist Eric Crampton raised it on RNZ's The Panel.

"You see a reduction in per-capita income.They are poorer because of economic production that doesn't happen in other industries because of disruption towards film,” he said citing the work of "an old grad school buddy" on how the US state of Georgia lures film productions with generous tax breaks.

“If the Coalition Government is comfortable with a lower corporate tax rate for film producers, why not other corporate sectors?

He even suggested banks could benefit by the same logic:

“How about the financial sector itself - thousands of highly lucrative local jobs have disappeared in the past decade as the big global firms have pulled back to Australia. Offering tax breaks to massively profitable investment banks might seem politically unpalatable - until you remember we're all happily giving one to the world's richest man.”

“Aucklanders will be sizing up their anatomical suitability as elves, dwarves, orcs and humans, for work as extras.” said Liam Dann about Auckland becoming Orcland for the Amazon Prime production.

But you would not get rich working as an extra on an Amazon production in the US, judging by industry website Backstage.com currently offering roles on Amazon series - such as this one in Georgia: 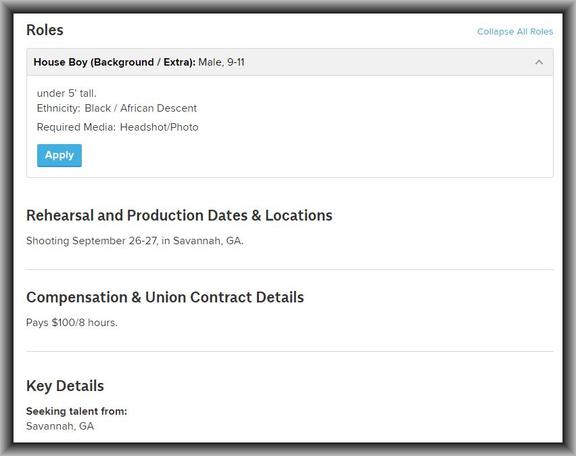 It’s not just Amazon though.

So a prime time show about firefighters pays real ones very little to add authenticity.

Turns out these rates are typical in the US for non-union talent even at the biggest networks. The minimum wages in each state applies, even those such as Georgia where the incentives for the producers are generous.

On Weed in review 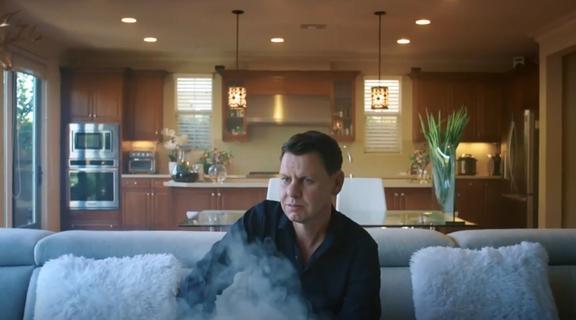 A lot was riding on Three’s Patrick Gower on Weed - a two-part doco that finished last Wednesday.

It was described by the host in advance as ‘reality documentary’. Local factual shows are rare these days and this one was backed with the thick end of $300k of public money via NZ On Air.

No wonder they promoted it so heavily.

It was a good topic to choose with the ‘reeferendum’ coming up next year.

Did it pull an audience? Sure did.

In its press release, Mediaworks crowed that part one on medicinal cannabis was “officially the top rating programme of the year (so far) drawing in 200,200 viewers aged 25-54”.

But according to New Zealand on Air, it also reached another 137,000 people from other age groups - so if informing public debate (with public money) was the goal, they should have trumpeted the bigger figure. Everyone 18+ can vote next year and weed is part of the life experience of almost everyone under 70.

Part two last Wednesday dealt with the law and regulation and the costs of cannabis use and “delivered astounding ratings,” according to MediaWorks  - which again only focused on 25-54 age group.

But Russell Brown  - journalist blogger and drug reform advocate  - called it “fun but flawed” in his Public Address blog.

Gower said he feared New Zealand would vote to legalise it, but there would be “no plan”

"Dude, we already have a plan and it’s fairly detailed. It’s contained in the Cabinet paper published in May and it’s the result of work by a Ministry of Justice team that began last year. They’ve studied the cannabis reform experience in various jurisdictions and produced a draft set of proposals"

Paddy covers the concern that has garnered most headline here this year: what about the kids? But he never mentions the research - reported very ably by his own company - that shows that in Colorado and every other legalised US state, youth use is either stable or declining.

(FYI: more in-depth work on that from North and South's August issue here)

Some viewers and critics have suggested we need a 'Weed Part 3’ or another porgramme in 2020 which really zeroes in on the referendum.

There’s plenty of time, and good reason, for a follow-up, said the Listener’s Diana Wichtel.

But the ratings for this make it more likely we will get more ‘reality documentary’ funded from the public purse and fronted by familiar in-house TV personalities. 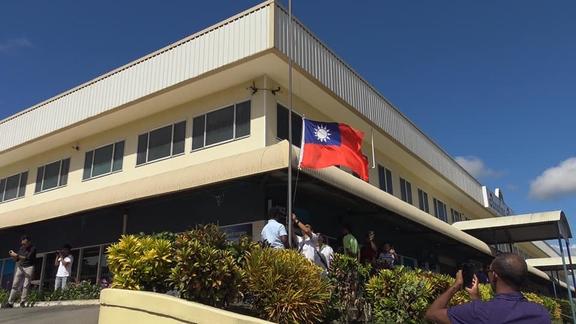 The lowering of the Taiwan flag in Honiara Photo: Facebook/ Maverick Peter Seda

While there’s been lots about Hong Kong and China lately in our news, there’s been less on diplomatic ructions closer to home - two Pacific states in a week switching support from Taiwan to the PR China.

On Monday last week, Solomon Islands recognised China and ended formal relations with Taiwan that began in 1983. Kiribati followed suit in news that broke on the Friday.

This affects New Zealand as other nations and allies are also “lured by China’s cash” and is a setback to NZ's billion-dollar 'Pacific Reset.'

"At 11:30am, the Taiwanese flag in Honiara was lowered, and the plaque removed from the embassy entrance. A plane was on its way to take their diplomats home. All technical and medical personnel would be leaving, too. 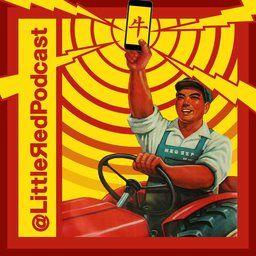 Also watching this -  the The Little Red Podcast (“interviews and chat celebrating China beyond the Beijing beltway.”) hosted by China studies academic Graeme Smith at the Australian National University and Louisa Lim, a former China correspondent for the BBC and NPR.

Graeme Smith went to Honiara to investigate just before the government made the sudden switch to China.

In this episode, Graeme speaks to all the major players in the Solomon Islands, including the Prime Minister, to investigate the reasons behind the switch.  He found the background to the switch was far murkier and more complicated than has been previously reported. Hong Kong not helping

For Newsroom, politics professor at the University of Auckland Stephen Hoadley explained New Zealand and other Pacific rim governments are not in a position to tell Pacific island leaders to refuse China’s aid and loans.

"The colonial era is over, Pacific leaders remind us, and they will make their own decisions, which include welcoming resources from China. We in the rim countries may have to adapt to an increasingly China-centred, geo-economic reality in the Pacific island region". 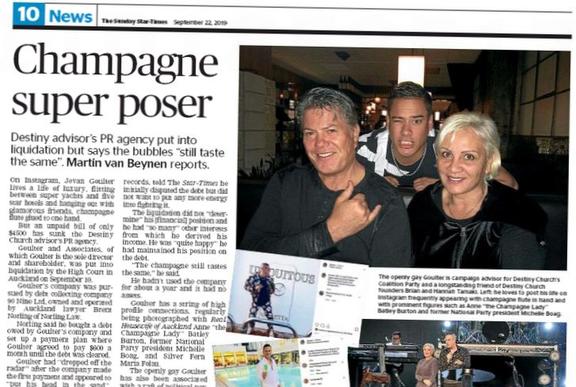 Great yarn in the Sunday Star Times from Martin van Beynen about professional schmoozer and advisor Jevan Goulter, described like this in Metro recently:

“In spite of having never won a political office, having sat on no public boards, and having no formal role in the media or particular expertise in anything other than self-promotion, Goulter has a gained a profile.”

The SST reported: “an unpaid bill of only $4500 has sunk the Destiny Church advisor's PR agency. Goulter and Associates, of which Goulter is the sole director and shareholder, was put into liquidation by the High Court in Auckland on September 10.”

“Stuff understands the debt was originally owed to Auckland company Pure SEO, a search engine optimisation firm that helps businesses to get a higher ranking on Google searches.”

Surely the one thing you would do as a PR pro is pay the bills of whoever’s polishing your profile online  . . .