A drone attack on a Saudi Arabian oil well earlier this week saw journalists resort to words like "horror" and "nightmare" but they weren't referring to the hundreds of thousands who experts say would likely die if war breaks out but a possible increase in the price of fuel.

The economist being referred was Cameron Bagrie who had appeared on Newshub's AM show that morning. When pressed by host Duncan Garner for a worst case scenario he said: "Let's say that oil prices go from $60 to $120 a barrel - they basically double that imported component [that] will go from 75 cents to a dollar fifty." 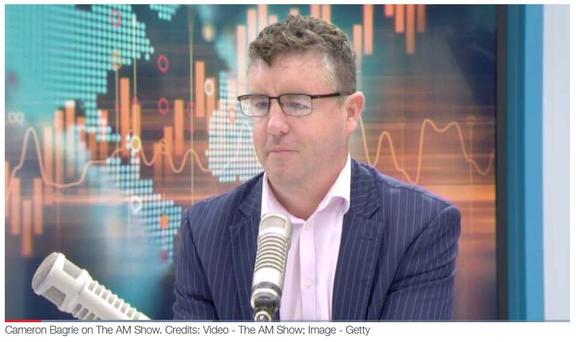 To which Garner replied "You put tax on that and it's $3 a litre!"

"That's the horror scenario," Bagrie said. "That is a scenario. But we need to be careful here about Chicken Little sort of stuff ... America has 1.3 billion worth of reserves."

Cameron Bagrie’s advice that journalists should be careful not to claim the sky was falling in was ignored in favour of dramatic headlines on both the Newshub and NZ Herald sites highlighting Bagrie’s use of the phrase "horror scenario".

Meanwhile, the real horror scenario – a war that could potentially kill hundreds of thousands was barely touched on.

Gordon Campbell in his Werewolf column on the Scoop website was a rare exception. "It speaks volumes about our priorities that the world now seems more aghast at the disruption (and rising price) of their petrol supplies than it has been by the indiscriminate bombing of schools, hospitals and civilian centres by Saudi/Emirates forces over the past four years," Campbell wrote. "In addition, the air attacks carried out by the Saudis on Yemen’s water treatment plants have triggered a cholera epidemic that has cost nearly 10,000 lives, even as a port blockade has prevented medical supplies from reaching the areas affected."

On Monday night TVNZ's bulletin spent 11 seconds on the likely human impact of any war resulting from the drone attack. Security analyst Paul Buchanan told viewers: "If the Saudis want to strike Iran over this or if the Americans want to strike Iran that's a whole different kettle of fish that will make Iraq like kindergarten."

And the ghastly human cost of war wasn’t the only angle being all but ignored by the media.

About this time last year Stuff journalist Charlie Mitchell wrote an opinion piece under the headline: "New Zealand is busy bickering about petrol prices while the world burns."

Mitchell was making the point that on the same day the International Panel on Climate Change released a report on the urgency of reducing carbon emissions the Prime Minister was attempting to talk down the price of petrol.

This year’s media frenzy over a possible increase in the price of oil coincides with Covering Climate Change Now – a week of climate change coverage that more than 250 news organisations around the world have signed up to – including TVNZ, Newshub, Stuff, NZ Herald, RNZ, Otago Daily Times, The Spinoff and Newsroom.

But none of those outlets have shown much interest in the climate implications of a price hike in the cost of oil? Or for that matter the impacts of an all-out war in the Middle East.

It seems likely a large jump in the price of oil would see a drop in emissions as motorists cut back on their driving.

And those emissions are highly significant as Nelson architect Peter Olorenshore pointed out in an opinion piece on the Stuff website this week. He said emissions from road transport in New Zealand had grown by 93 percent since 1990. “Surprisingly, the lion's share of this jump was not from heavy transport, but from cars and light trucks. Somehow, to ensure a safe climate, we need to reduce all emissions to 'net zero' by 2050. Cutting carbon from road transport will be crucial.”

Olorenshore said part of the answer was more people using public transport, more people walking and cycling and more car sharing – all of which seem likely to save individuals more than any increase in costs we’re likely to see as a result of the ramping up of tensions in the Middle East.

The Intercept – one of the 250 news organisations taking part in Covering Climate Now – tackled the question of the carbon implications of war in an article titled: War on the World: Industralised militaries are a bigger part of the climate emergency than you know

And the article went on to point out that the US military alone emitted 1.2 billion tonnes of carbon into the atmosphere since 2001. To put that into perspective the entire carbon emissions of the UK are roughly 360 million tonnes per annum.

The possible fall-out from the drone attack on the Saudi oil wells are horrifying but not because motorists could find themselves spending a few extra dollars at the pump.