Mixed messages and health news we can really use

Efforts to confront two different but potentially deadly diseases hit the headlines this past week. Both were complicated stories impressively reported and explained by the media  - but sometimes opinions obscured ‘news we could use’. 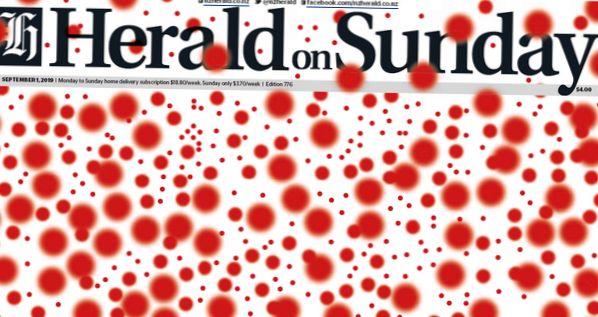 Last weekend the front page of the Herald on Sunday was covered in 937 angry red blotches - one for each New Zealander known to have contracted measles in the biggest outbreak here for more than 20 years.

Heavy - and bulletin-leading - stuff for sure.

There were several strands to it but  - following the pattern of the past - a lot of the coverage focused on two things: the available budget for costly cancer drugs - and an independent agency to tackle the so-called ‘postcode lottery’ (variations in cancer care delivered by different DHBs around the country).

“Can there be many critics of what the government has done on cancer?," asked Newstalk ZB’s Mike Hosking who approved of the new plan.

There were critics among those who have called long and loudly in the media for more public money for costly cancer drugs.

None has been louder than Duncan Garner, who has used his AM show on Three and radio station Magic Talk as a kind of personal pulpit on the issue. 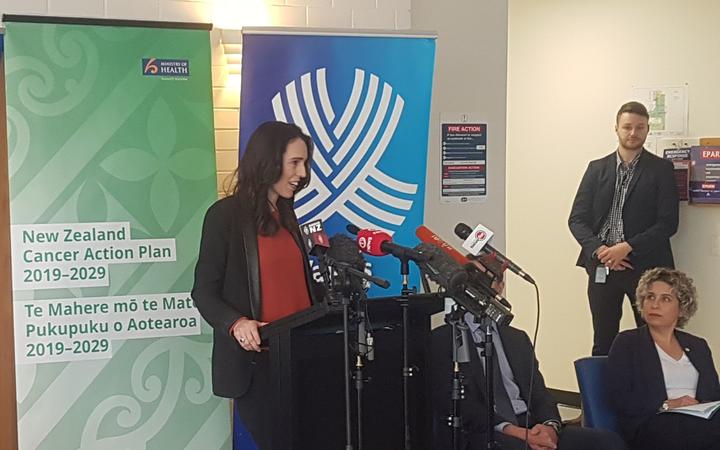 Last Monday he insisted the new $60m boost to Pharmac should have been one billion dollars - a doubling of the Pharmac budget. Australia spends two dollars per head for every dollar we spend, he complained.  Photo: RNZ / Jordan Bond

Professor Diana Sarfati - the cancer epidemiologist appointed as the interim national director of cancer control - reminded him Australia's two-to-one expenditure wasn't really ‘apples with apples' because, she said, Australia doesn't have the Pharmac model and pays much more for medicine.

"A combination of early diagnosis, radiotherapy and surgery  . . . are responsible for 80-90 per cent of cancer cures," she told him.

None of that changed Duncan Garner's line with the health minister David Clark later that morning.

"Bugger it. Why can't we keep up with Australia?" he asked the minister - more than once.

"There's a greater chance of surviving in Australia. That's a fact, isnt it?" he asked.

In spite of not spending as much per head as Australia, the major international CONCORD-3 study found New Zealand was in the top five countries in the world last year for survival rates from common cancers.

The UK, which has the kind of cancer drugs fund Duncan Garner has called for, is not in the top five along with us or Australia.

That doesn't tally at all with Duncan Garner's recent claim: “If you have cancer, prepare to die because New Zealand sucks.”

"New Zealanders can expect that we will manage most cancers long-term as chronic, but treatable, diseases,” the Cancer Action Plan concludes.

Duncan Garner’s opinion was the lead story on Newshub’s website on Monday morning.

The headline said “$60m for new cancer drugs is piddly” even though Duncan Garner and the health minister alike had made it clear the Pharmac funding boost isn’t all earmarked for cancer drugs.

In a report for Newsroom.co.nz, political editor Sam Sachdeva said the new strategy is unlikely to stop what he called the “impassioned campaigning of those who believe Kiwis are being short-changed.”

Sam Sachdeva also pointed out there’s a lot more to the action plan than cancer drugs. It also emphasised prevention measures such as vaping to reduce levels of lung cancer and more sun safety promotion to tackle high rates of skin cancer.

The new cancer control agency also aims to even out cancer survival for Māori and non-Māori by 2030.

TVNZ's Breakfast show guest Efeso Collins - a Pasifika community leader and Auckland councillor - pointed out the postcode lottery of regional differences is only part of the iniquity. Within DHB regions, poorer families - and Māori and Pasifika ones  - suffer more from cancer than others as things stand.

What happened to the herd? 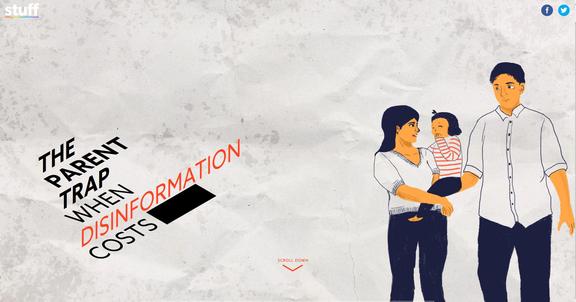 Stuff crunched the numbers to explain the how, why and where of the measles outbreak. Photo: screenshot / Stuff

Efeso Collins went on to point out the same applies to the other health emergency preoccupying the media this past week.

"The measles outbreak is predominant in South Auckland among Māori and Pasifika and we know this data exists.“

Some of the media made excellent use of that data to show how and why measles has spread since March.

They tracked and visualised the role of poverty and access to vaccines to explain the apparent loss of herd immunity to measles in places - and the consequences we now have of an ongoing outbreak.

But economic deprivation did not tell the entire story either, they said. 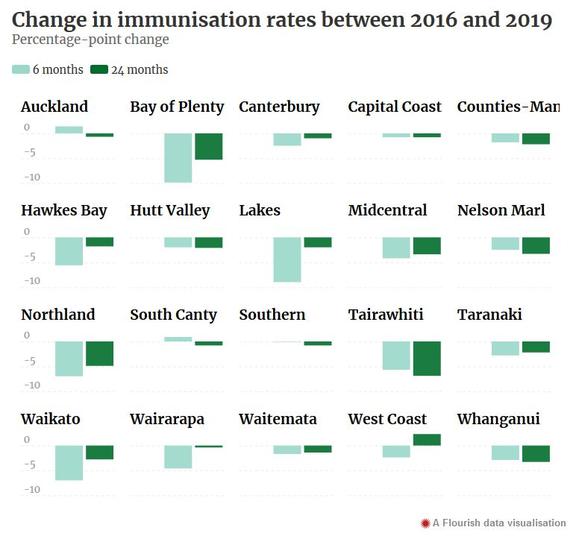 They also found vaccination rates dropping irrespective of income and “vaccine hesitancy” - the reluctance or refusal to vaccinate even where vaccines are readily available - rising across different communities.

Misinformation online is a factor in this, they said, but not just from a clutch of high-profile anti-vaxxers operating online.

“The most vulnerable, experts say, are increasingly targeted and swayed by fake science and misinformation. Our social networks could save us. Or they could cost us lives,” Michelle Duff concluded . 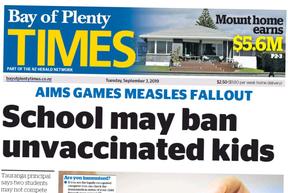 "A Herald analysis of immunisation data finds just 77 per cent of 6-month-olds are now getting their vaccines on time. While the debate has been centred around the impact of the anti-vaxx movement, the numbers paint a different picture."

TVNZ's Q+A explained the issue on TV in primetime on Monday night and other media also produced valuable and informative articles to explain how the sudden spread of disease that didn't seem to alarm us any more has now put kids in danger.

'Welcome back to the dark ages': Our measles disaster explained' was the heavy headline on one of the Herald’s ones (not behind the paywall so even free-riding readers could learn from it).

By and large the media did a good job at getting to grips with a complicated situation and communicating a clear picture of it.

The same couldn't be said of all the coverage of the cancer plan where people’s lives are also on the line.