As we’ve mentioned from time to time on Mediawatch, the government policy on broadcasting and funding public media is up in the air. (We mentioned it last weekend in a report on a conference I went to about convergence and the future of media)

Labour came to power in 2017 promising $38m more for RNZ and a new non-commercial TV channel. That all but vanished when Clare Curran quit as minister and her successor Kris Faafoi - a TVNZ reporter just a decade earlier - is taking time to mull over a new approach.

When questioned he's dropped a few hints that he’s willing to widen state funding and support to other media having a tough time in the market.

He’s being lobbied hard to make public money available to fund more journalism and to help ensure “media plurality” by ensuring cash-strapped commercial companies like NZME, MediaWorks and Stuff gets access to more of it.

These outfits and RNZ met with New Zealand on Air and the minister recently to discuss all this - but only under “the Chatham House rule“ so their discussions are not on the record.

The business podcast Two Cents’ Worth - in last week's episode called A conversation with Kris - asked the minister  if some form of merger of RNZ and TVNZ is back on the table.

“We are concerned about the role of public media. We're having a good look at public broadcasting and making it fit for the future,' he replied  - not answering the question.

Unfortunately, he wasn't pressed on that point.

The irony is that Two Cents’ Worth is itself an example of spreading the public funding for media wider. It’s produced by Newsroom.co.nz in conjunction with RNZ and published and aired by both outlets.

(Likewise the daily “behind the story” news podcast The Detail).

When will we know what the minister has in mind and what it means for public broadcasting as we know it? Watch this space. . .

In broadcasting they call it ‘the empty chair’ when they say someone has declined to front up or fails to respond to a request.

Sometimes there are good reasons why but media aren’t always specific about the circumstances - which is a pity.

Is it dishonest, or just sloppy for a journo to post a story saying “The Privacy Commissioner has been approached for comment”, implying he hasn’t given one, when in fact he has given a comment, but the journo has just chosen not to include it?

It’s surprising that a senior public servant would question the honesty of a journalist in a public forum like this. It wouldn't have been hard to work out which story and reporter he was referring to.

He said he gave the required comment last Friday before the deadline but the story that annoyed him was posted 8:50 am Monday.

Having asked for his followers’ opinions he predictably got plenty from people with low opinions of reporters’ ethics.

Among them - Kathy Marks, a journalism lecturer and former Walkley Award-winning Sydney correspondent for UK’s  Independent.

Some said it was probably just a simple mistake or failure to update the story - and he had unnecessarily questioned the integrity of the reporter and the outlet.

“It was a tweet. A true and accurate one, about a thing that happened.  . . . Are you saying that those who hold officials to account should not themselves be held to account?”

They should - and his tweet was not inaccurate about what happened. But in saying the journalist "chose not to include it" he ascribed intent to the situation rather than a simple error of failure to update the story.

John Edwards later tweeted it was ‘a miscommunication at their end’ and he got an apology.

‘Normal service to resume,’ he added.

Not sure about that. Journalists may not fee as comfortable dealing with an someone prepared to question their standards in public like that.

Black families once lived off their southern farmland. Their descendants are struggling to hold onto it.

This Washington Post feature story about farming and land-loss was an ambitious one for the paper’s food section by freelance writer Korsha Wilson.

Perhaps too ambitious. By last week the online version had been substantially rewritten by a staff writer and prefaced with corrections. A whole lot of corrections

“It is painful but one cannot help but stare at a train wreck. The list of errors is almost as long as the article itself, clocking in at an impressive 579 words,” the rival Washington Examiner crowed.

"How did such a disaster get through the Washington Post gatekeepers?," asked Washington Examiner.

"The "Democracy Dies in Darkness" newsroom is not interested in discussing the matter," it says, putting the boot in.

“It is easier getting a comment or a response from a member of Congress than it is getting one from a newsroom. It is one of those delightfully ironic facts of life,” the paper concludes.

The annual NBR Rich List of New Zealanders estimated to have $50 million or more to their name usually provides the rest of the media with follow-ups on the great and good (and very wealthy).

These days the publisher offers it only to those who have digital and print NBR subscriptions. It's an an odd move as the annual printed tome carried tons of blue-chip display ads in the past.

This year there were some 'who's up' and 'who's down' follow-ups. Sir Robert Jones crossing into billionaire territory made a few headlines.

But what's more interesting are the trends picked out by the NBR itself and other media.

This year, the NBR highlighted philanthropy on the rise. The Auckland Foundation said the NBR 2019 rich list was evidence . . . that wealthy individuals and families are becoming more generous as their fortunes grow."

Auckland Foundation CEO Mark Longbottom said: “Getting generous Kiwis to talk about their generosity is often a challenge, as a nation we don’t tend to want to put their hands up."

But  the NBR story said researcher John McLeod found "Australia’s 50 most generous philanthropists have increased their giving by an enormous 20% over the past year."

"One of the reasons may be competition among Rich Listers, sparked by media coverage of their activities,".said NBR

Last year one of the notable things was the appearance of several people on the list whose fortunes were anchored by ownership of a single supermarket. Stuff picked up the trend last year  - and so did the Spinoff in its list of rich list takeaways.

“Five of the new entrants own supermarkets. And most of them only own one. No wonder food is so expensive here.”

In this year’s Rich List list, The Spinoff’s Alex Braae notes the owners of ODT publishers Allied Press are still high up in the list even though their fortune is based on the  sunset industry that is newspapers.

“Sir Julian and Nick Smith.  . . . have done it by doing the opposite of what the major media companies have done – the Otago Daily Times hasn’t pivoted to video like NZME, and the company hasn’t slashed back on its regional and small town titles like Stuff. It has simply put journalists on the ground to do local news, and then charged readers for t. Incredible, eh?”

Refugee reality and social work in the spotlight 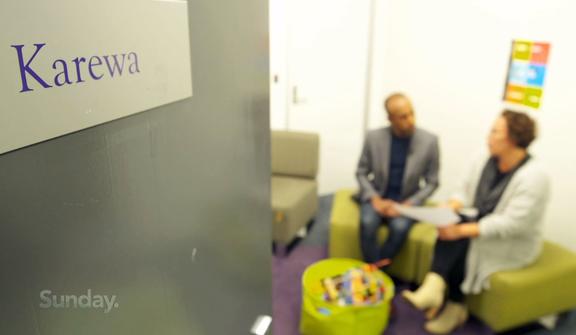 TVNZ’s Sunday last week aired a revealing account the social workers working for an with Oranga Tamariki, now under scrutiny in several official reviews and under fire for "stealing" Maori children.”

There was a lot of coverage of the decision - and this week opposition in some places like Whanganui, but less about where and how they will settle.

And finally - Alex Braae of the Spinoff spotted a classic Whakatane Beacon (paywalled) story about the papers newspaper deliverers determination to do the job even under duress from the Mongrel mob and the AOS.