Tens of thousands of free videos on demand

In recent months libraries around New Zealand have been signing up with Kanopy - a video on demand website with more than 26,000 videos in its catalogue.

It has a huge range of films - from local hits like Hunt for the Wilderpeople to obscure documentaries and film festival favorites. It's like visiting a very, very good video store... and it's free (or, to be precise, up to six titles a month are.)

Christchurch Library has a page of recommendations from some of the city's notables. Film critic Philip Matthews has picked his 10 favourite world cinema titles - a list which includes The Battle of Algiers and Julieta, and Christchurch Art Gallery curator Lara Strongman has a list of art documentaries.

There are 391 documentaries in the media and communication section alone. One that caught my eye was Elizabeth Riddell: New Zealand Journalist and Poet. Never heard of her? You wouldn't be alone. A google search throws up just one result in the local media (an obit for fellow Kiwi journalist Marcia Russell).  No doubt the lack of knowledge of Riddell's extraodinary life -  she became a celebrated war correspondent, feature writer, reviewer and poet - is due to her leaving New Zealand at just 18 years of age to take up a journalism job in Sydney.

Kanopy is an incredible service that libraries around the country are signing up to but it might be wise to get in while you can if the experience of New Yorkers is anything to go by.  Three of the city's the largest public libraries quit the service in recent months citing the cost as the motivating factor.

PlayStuff - paid for with your eyeballs

And any video you sit down to watch will begin with an ad. At this stage the Cooperative Bank seems to have cornered the market.

There's a heap of NZ on Air funded content on the site - most, if not all, of which is already available on publicly-owned websites. Ads seem to be limited to pre-roll - which means you might be better off watching some of the content - like TVNZ's current affairs show Q + A on the Stuff platform if prefer to watch your programmes uninterrupted.

But it does raise the question of whether private platforms should be able to clip the ticket for hosting NZ on Air funded content they've had nothing to do with creating or commissioning.

There's also some over-lap with Kanopy. So if you want an entirely ad free experience it's worth checking if the documentary you're about to watch is on the ad free service before settling down to watch, for example, Women Against Isis.

Review of the book review sites

Among her many achievements and awards Elizabeth Riddell was named reviewer of the year by the Australian Book Review in 1986. You can still find examples of her work on the review's website - long, thoughtful and lively discussion of books like Peter Carey's Oscar and Lucinda.

So where do you find those sorts of long-form reviews in New Zealand? Well, the most obvious place is New Zealand Books - the Creative NZ funded - quarterly with a cover price of $10.50. Reviews published 16 months ago or more are available free online.

But there's a growing number of websites where you can read intelligent reviews of New Zealand books and they're not always the obvious ones.

A case in point is Professor Scott Poynting's review of Margie Thompson's book Whaleoil. Poynting's biographical note at the bottom of the review reveals he was - like many others - "viciously defamed" on Cameron Slater's Whaleoil blog which has been going through its final death throes in recent days.

So it's not an entirely dispassionate review and it's all the stronger for it.

The review - like all good reviews - is well worth reading whether you're in the market for the book or not. The book is an in depth look at one of Cameron Slater's most notorious hit jobs - a campaign of vilification of businessman Matt Blomfield.

But it seems unlikely many of the country's book lovers will come across the review as it's published on the little known blog: The Criminology Collective. The site describes itself as: "[As] a community of critical, feminist and decolonizing scholars. We are mostly based at the Institute of Criminology, Victoria University of Wellington. "

And by the end of the review I slightly reluctantly come around to the view that it probably is worth reading about the malignancy on journalism that was Whaleoil.

At more than 1200 words long it's a far more in depth review than you're likely to read in the traditional book pages of the likes of the NZ Herald, any of Stuff's daily papers or even the Listener - which has dramatically cut back its book pages in recent years.

(There's been a few pieces written on the demise of Whaleoil for anyone wanting to know more. The Spinoff's Alex Braae's RIP Whaleoil.net.nz is a good place to start.)

Book reviews were one of the first and most obvious casualties of the atrophying of the print media that began well over a decade ago. Reviews are often little than briefs in daily newspapers and even the Listener - once the home of good reviewing - has slashed its books pages.

But the last couple of years has seen The Spinoff and Newsroom launch book sections and a new book review site: The Sapling set up for young - a website dedicated to children's books.

Creative New Zealand in the 2018/2019 year gave grants totalling more than $240,000 to literary websites and magazines that carry review.

I haven't had time to explore the following sites in any depths - there's virtual libraries of content to read. But here's what jumped out at me on first viewing.

The Spinoff Review of Books has a poem by the great Italian Jewish writer Primo Levi and its translated by a couple of New Zealanders Marco Sonzogni and Harry Thomas it's from The Occasional Demon, a selection of Levi’s poems translated by is published on 31 July 2019 by the Cuba Press to mark the centenary of Levi’s birth.

Reading Room Steve Braunias has a really interesting investigation into the man imprisoned for having sex with Frank Sargeson. Turns out historian Michael King got it badly wrong in his biography of Sargeson.

The Sapling There's an interesting background on how The Tiriti o Waitangi graphic history book came about. It's available in both English and te reo Maori.

Scoop Review of Books Cartoonist Bob Brockie reviews Flying High: The Photography of Lloyd Homer. Homer was an aerial photographer with the GNS survey. He took some truly extraordinary pictures - perhaps his best known work is a shot of Banks Peninsula. 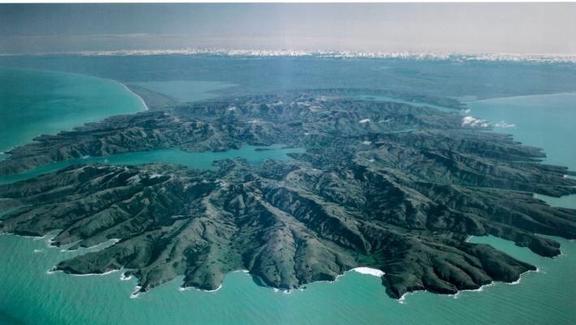 Takahe is a literary mag that also allows its reviews to breathe - even at not quite the length of the Pantograph Punch. Good selection of lesser known local works being reviewed.

Landfall is the grandparent of them all in a sense. Published as a magazine by Otago University it also has online version. Top review on the site right now is a critique of Hadassah Grace's How to take off your clothes. Reviewer Chris Tse starts: "How to Take Off Your Clothes announces a striking new voice, one moulded by a life as an immigrant and sex worker, the daughter of ‘Christian celebrities’. This unapologetic, honest and often bracing debut lays bare the scars of Hadassah Grace’s past."

RNZ's Books and Authors There's a huge amount of book content - including reviews on RNZ's books and authors section. It's a bit of hidden gem. There's been 15 book reviews or author interviews in the last week alone.

An author's take on being reviewed....

Lately host Karyn Hay has some experience of book reviews as the author of a couple of novels. So how did she find the experience of being reviewed? And how many reviews did her most recent book get? (You'll have to listen click on the audio button at the top of this story to find out.)