It’s not news that people doing PR and communications for the state heavily outnumber the journalists who report on the agencies employing them. But the numbers crunched by RNZ’s Phil Pennington show the gap has become a chasm - and the figures weren't easy to get. 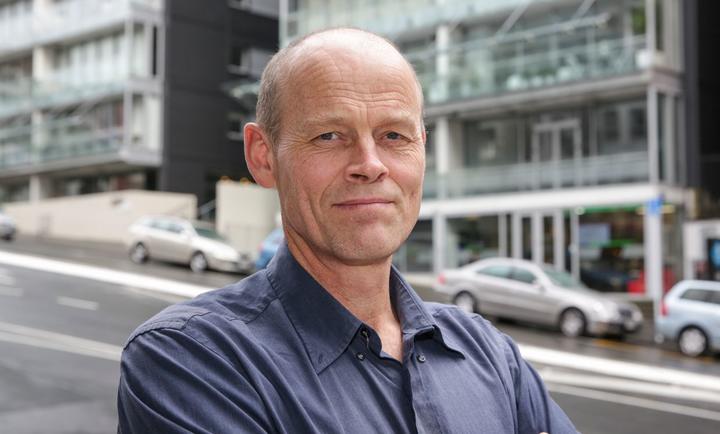 *** This story and the audio of the attached interview has been amended.

The original versions stated New Zealand Transport Agency staff had never agreed to Phil Pennington's numerous requests for interviews in the course of his investigations into sub-standard steel over two years. “The pattern had been repeated” when reporting on NZTA’s compliance problems more recently, he added.

While journalists numbers have been on the way down for years, the spending and hiring by government ministries and state agencies has surged in the past five years - as has the cost to the taxpayer.

“Salary costs are up 45 percent, compared to wage inflation of 14 percent. Salaries above $100,000 are not uncommon. The 12 Ministry of Education communication staff earn more than that,” he said.

For instance, he found the NZ Transport Agency communications staff doubled from 30 to 60 last year alone.

Many ministries also hire contractors for communications work. He found costs for Inland Revenue doubled in five years to $4.8m as it added more expensive contractors with the the highest-paid earning more than $300,000.

The salaries and contracts on offer are easily enough to attract journalists who have many of the required skills but earn far less in media jobs.

One of few journalists who have gone to the so-called 'dark side' of PR but come back to journalism is Pattrick Smellie, founder and editor of news agency BusinessDesk.

While the taxpayer foots the growing bill for all of this, veteran journalist and journalism professor Jim Tully told Phil Pennington this often means the media  - and by extension the public - get less information that might be in the public interest, especially if it could be inconvenient to the organisations involved.

"There's been a huge emphasis on trying to get the best possible coverage and to minimise anything negative," he said.

"In fact it's an exception if an organisation doesn't have a media policy that is highly restrictive," he added

The public relations industry's position is that the growth of communications jobs and budgets reflects increased demand for information - and that includes the digital age media for whom daily deadlines are a thing of the past.

Agencies like the NZTA create social media content on several channels for public consumption each day. That work didn't exist 10 years ago.

"I have always been a bit cautious to think that that's all about control of information to the media. Some of it is just that there's a lot more communicating going on," Pattrick Smellie told Phil Pennington.

But an interesting aspect of this story is just how hard it was for Phil Pennington to get the numbers in the first place before crunching them.

That's clear with a glance at the footnotes at the bottom of the charts in his online report for RNZ.co.nz.

*** Costs reported do NOT include contractor costs

**** Salary costs for employees NOT included. Staff numbers do NOT include comms staff at party leaders' offices"

Phil Pennington's main source of information was the annual reviews of ministries and state agencies published by Parliament and available on its website.

Among dozens of questions each organisation is obliged to answer are specific queries about the number and cost of staff doing PR and communications work - including details of contractors hired for specific terms and purposes.

Phil Pennington found some cases of the questions not being answered, and several cases where the entries on PR and communications spending were incomplete or contradicted his own direct inquiries.

For example, Internal Affairs said its staff grew just 6 percent, not the 36 percent revealed by its annual reviews. It later confirmed it was not including contractors.

In response to these inconsistencies, the State Services Commission has called for greater transparency and clarity in future.

Elaine Koller of PRINZ told Phil Pennington the numbers available to the public are unreliable partly because some departments listed communications staff under different categories when they were operating under a cap on core staff numbers imposed by the previous government.

Phil Pennington told Mediawatch the lifting of this cap by the current government may explain what appear to be sudden surges in hiring and spending.

In the course of complicated investigative stories such as his ongoing work on sub-standard steel, Phil Pennington finds his queries fielded by this swelling army of communication staff.

This week his request for interviews about disarray at the building certification programmes overseen by MBIE were turned down by the ministry's communications staff.

"No reason was given," he said and a statement was released instead.

"One reason they do this is that it's very hard to interrogate a statement," he added.

Phil Pennington focused on the main ministries and government departments and some of the biggest public agencies - such the NZ Police and NZTA - but could there be a similar mushrooming of professional communications and PR within local government?

Stats NZ has just released an on online tool: Where do your rates go?

This allows ratepayers to check the sums spent and compare the proportions devoted to things like roading, governance, water and culture. The methodology is detailed and the raw data is made available on the site too.

But sums spent on PR people are subsumed into a category of 'employee costs'.

"That doesn't really help if you want to drill down. If it's leading to a more informed public, that's great. But because of the drop in journalists' numbers local government meetings aren't being covered very much. Perhaps local bodies feel they need to step into the void and that's good  - except it's on their own terms," he said.

"Everything will get a polish and we won't find out about the stuff they don't want us to know," he said..