Forty years ago this week a milestone meeting of scientists led to the first comprehensive report on climate change science.  Four decades later, media outlets around the world - including Stuff - have hooked up to boost coverage of the issue globally. But here, some broadcasters are still fuelling scepticism instead. 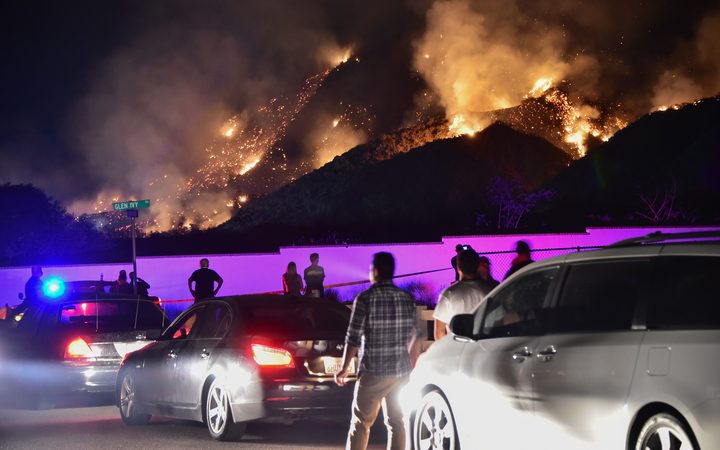 In his New Zealand Herald column seven days earlier, senior writer Simon Wilson was aiming for something similar when he claimed “the biggest climate change problem in this country is the National Party”.

He reckoned the opposition was obstructing policies to reduce emissions here and he wound up reflecting on California’s epic wildfires last year.

“Bigger, fiercer fires, caused by summers that are 1.8C warmer. It might not sound like much, but heat has an exponential effect on fire,” Wilson said.

“We've already seen the same thing in Christchurch's Port Hills and near Nelson. We'll keep seeing it,” he warned.

Plenty of articles overseas have also cited climate change as a reason California’s fires were far bigger than usual but that didn't impress his NZME namesake (but no relation) Tim Wilson.

“Over decades in news I’ve developed a nose for fake news,” he told listeners of his Newstalk ZB on Monday while making sniffing noises into the mic.

He then read aloud from a recent opinion piece from business publication Forbes in which author Chuck Devore said the fires were decades in the making because the combustible 'fuel load' in the forests had soared because of objections to timber harvesting and forest managers no longer clearing brush and thinning trees.

But that could’ve done with a sniff test from Tim Wilson.

A quick online search reveals not only that the ‘forest management’ explanation is hotly-contested by other experts, but also that Chuck Devore works for the Texas Public Policy Foundation.

Its donors include oil companies Chevron and ExxonMobil and companies owned by the billionaire Koch brothers.

It runs a project called “Fueling Freedom” which promotes what it calls “the forgotten moral case for fossil fuels”.

“This project will redefine the public conversation around fossil fuels, and especially their positive role in society,” says the website.

Chuck Devore would be delighted he’s been talked about on New Zealand’s top talk radio station this week.

The Fueling Freedom campaign was run by Kathleen Hartnett White who has argued that increased carbon dioxide levels are good for life on Earth, that renewable energy is “green folly” - and even that fossil fuels helped end slavery.

But California wasn't the only climate story sniff-tested by Tim Wilson on Newstalk ZB last Monday.

“Some of this stuff is real but a lot of it is fake. Remember David Attenborough’s walruses flinging themselves off cliffs in the Netflix series Our Planet?" he asked.

In fact, those walruses slid and tumbled to their deaths at a place in Russia where they previously migrated to sea ice that's no longer there.

But climate change was nothing to do with it according to Tim Wilson, again citing a single expert in a single article.

“Walruses have shown similar behaviour on the US coastline when space and ice were not an issue, and the reason is unknown,” Lori Polasek, assistant professor in marine mammal research at the University of Alaska told The Atlantic.

Dozens of male walruses dies this way in southwestern Alaska between 1994 and 1996, she said.

This has since been widely quoted in other articles claiming Our Planet’s walrus scenes were a red herring.

But in the same story in The Atlantic, another walrus expert from the very same university - Prof Nicole Misarti  - also said it’s clear that climate change is affecting the walruses.

The US Fish and Wildlife Service said the scenario is “most likely” connected to global warming.

But these comments were not widely re-reported elsewhere - or mentioned by Tim Wilson on Newstalk ZB.

On the same station that morning, Mike Hosking castigated "left-leaning idiots" in charge of the city of Berkeley in California.

"They've banned natural gas. Can you believe it? Name me a restaurant anywhere in the world that doesn't use gas," he said.

“It's the cheapest gas by a considerable margin but everyone's out now buying electric heaters and stoves because the idiots that run Berkeley want to save the planet."

The measure allow officials to grant exemptions in the public interest and existing homes and restaurants can carry on cooking with gas.

While the US energy lobby has targeted Berkeley over the politics of this using similar language, the city is getting ahead of the curve.

The entire state of California is likely to ban new natural gas hook-ups in the push towards carbon neutrality by 2045. The Los Angeles Times reported 50 other urban authorities in California are planning the same move.

Interestingly, much of the electricity they’ll be using more of in the years to come will actually come from gas-fired power plants emitting greenhouse gas. These have been replacing huge coal-fired ones hundreds of miles away in other states supplying California.

Natural gas is effectively a 'bridge fuel’ in the transition, but that's not a part of the story Newstalk ZB was interested in. 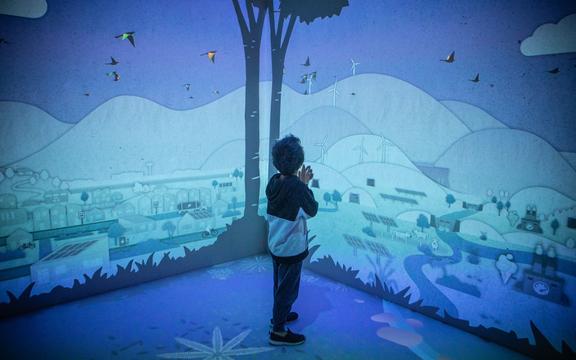 On the early edition of rural show The Country, host Jamie McKay complained bitterly to primary industries minister Damien O’Connor about an educational display at Te Papa pointing out that fewer cows in this country would mean less greenhouse gas.

“We talk about water quality but I worry about polluting young minds here,” said host Jamie McKay who called it a display teaching kids "to dislike farmers”.

Later he spoke of a “political crusade against farming led by the Greens” which chimed with one of the show’s regulars - North Otago farmer Jane Smith - who said the display should have “a button to push to wipe more than 300 billion dollars" off the national economy.

She also claimed government policy contradicted the bit in article two of the Paris Climate Accords that says food production should not be threatened by the transition away from greenhouse gas.

But it doesn't say anything about dairy cows.

Newstalk ZB’s godfather of climate change scepticism is Leighton Smith. He’s no longer on the air but still writes a column for the Herald and a weekly podcast for Newstalk ZB.

He wrapped up last week's podcast by referring his listeners to one of his favourite sceptics: Edwin Berry

According to Scientific American, Berry not only says says human carbon dioxide emissions do not cause climate change, he also calls Islam "a death cult" on his Twitter account and has encouraged motorists to drive into protesters.

On rival talk station Magic Talk, Drive host Ryan Bridge dumped the facts altogether last Monday and declared climate change to be a religion - just an article of faith, and not something science could prove.

On the same station, morning host Peter Williams set out his sceptical stall in a piece online last week under a heading stating the science isn’t settled.

“I am so over the nonsense that is being propagated by politicians and policymakers about this thing that is now just referred to as climate change,” he complained.

Peter Williams said he found plenty of stuff online arguing that was the case, and referred readers to stuff he found convincing. Others pointed out he’d embraced an ‘expert’ disowned by his own employers at the Smithsonian Institute.

“Why is it that not just Stuff, but it seems all media in this country refuse to allow even a skerrick of evidence that CO2 may not be the cause of the earth's warming?” Peter Williams complained last week.

Stuff's position is that "the experts have debunked denialism so now we'll move on."

Talk radio broadcasters are still happy to put hosts on the air who airily admit they don't understand the science of climate change.