Prospective politicians with hired hands from PR are flying kites in the media before committing to a campaign. Candidates running for office should be covered as news but can the media avoid being used for political publicity and market research? 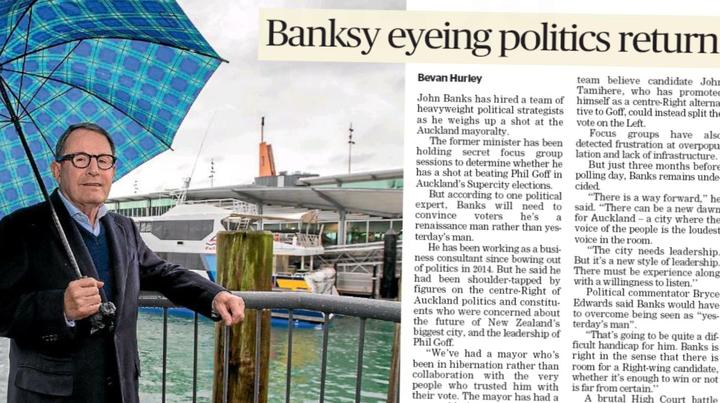 “The creeping influence of campaign strategists from the national political scene should worry all of us. Auckland's problems are too big for a campaign won on slick soundbites,” said Tracy Watkins in the editorial in Sunday Star Times last weekend.

“Oh to be a fly on the wall at the Morningside Tavern where Auckland mayoral hopeful John Tamihere is said to have set up his unofficial campaign headquarters,” wrote Tracy Watkins in that editorial.

Why? Because of the unusual combination of is political strategists around the table.

Alongside them, John Tamihere also has a long-time trade unionist and advisor to left-leaning politicians Matt McCarten.

She noted a former Sunday News journalist Joe Lose was also part of his team. He was a PR man for the Waipareira Trust chaired by John Tamihere in the past and another public relations man - James Polhill - was also in the mix.

Audrey Young quoted John Tamihere as saying he had no doubt the campaign would attract thousands of volunteers. But there was nothing in the piece about what they’d be volunteering for.

The entire focus was on the strategy to capture a centre-right vote.

In the Sunday Star Times last weekend, Tracy Watkins also mentioned the strategy and the strategists employed by the incumbent Phil Goff - and this development:

“News on Sunday that former mayor John Banks is weighing up another crack at Auckland is unlikely to tilt the scales much.”

But she clearly rated it important enough to take up half of the page three in the same paper  - under the headline 'Banksy eyeing political return.'

“John Banks has hired a team of heavyweight political strategists as he weighs up a shot at the Auckland mayoralty. According to focus group testing carried out by the Banks team, many voters would welcome having his name on the ticket,” said the story.

How many voters and what were they responding to? Was the paper just reporting outcomes passed on by “the Banks team”?

Details about what potential voters in Auckland thought about a candidate previously stricken by scandal and bogged down in court cases really would have been the basis of a good story.

But as it was, the headline on this yarn could have been simply: ‘Former Politician Hires Consultants’.

In recent months we’ve seen politicians such as Vernon Tava and Alfred Ngaro float the idea of new political parties in the media and get big bursts of coverage in national media.

But both quietly rolled back their plans - presumably after weighing up the public response - or lack of it - after all the free publicity in the media.

One who’s not not even a politician yet - Christopher Luxon - was talked up as a future PM.

If John Banks’ hired strategists were hoping the media would provide a similar service for them this past week, they would have been happy.

His report on John Banks ran in all NZME's regional papers the next day as well as in the Herald.

The story quoting John Banks as saying if he wins he will chair the board of Auckland Transport himself and “change the culture within a week.”

“He’s flying a kite and he’ll probably find there’s not a lot of wind underneath it,” said Simon Wilson who - when pressed by the ZB hosts - rated the chance of John Banks standing for mayor were “about 30 per cent.”

On RNZ’s Morning Report on Monday Kim Hill asked John Banks repeatedly whether he would actually stand or not.

“Wait and see,” was the essence of his long-winded replies. And apart from insisting he would chair Auckland Transport, he didn't say what he would do if he got the top job.

All that didn't dissuade Checkpoint on RNZ National later the same day from sending a reporter and camera out onto the suburbs of Auckland.

“We asked whether a John Banks campaign is what they’re looking for,” presenter Lisa Owen told RNZ's listeners and viewers. But how would they know?

“I don't know. I will be interested to see his policies,” one woman told RNZ.

The time to take to the streets and ask Aucklanders what they reckon is when John Banks has policies for people to respond to and is confirmed as a candidate.

John Tamihere has offered John Banks the job of chair of Auckland Transport should he defeat Phil Goff in October - presumably a response to fears John Banks could split the right-wing vote.

On the AM show on Three, host Ryan Bridge earnestly grilled John Banks about that "olive branch."

But even though you wouldn’t know it from the media coverage this week, the AT job is not the mayor’s to give to a political ally - or anyone else.

There will be vacancies because the terms of the current chair and director end on October 31. But the appointments will be made by Auckland Council’s Appointments and Performance Review Committee Te Komiti Tohu me te Arotake Tūranga Mahi.

The mayor is the chair of that committee and Christine Fletcher - John Tamihere's running mate - is the deputy chair, but they only have one vote each and there are seven others with one vote each too.

When John Tamihere first promised to ‘Sack the AT board’ on campaign billboards in May, RNZ political reporter Mathew Theunissen canvassed councilors about that.

“A mayor can't just cut all the members from Auckland Transport. They are appointed by councilors and as far as I know all the AT directors were appointed unanimously by the Appointments and Performance Review Committee so I'm not sure how a new mayor would fire them all on his own," said North Shore councilor Richard Hills.

It's a pity no-one pointed all that out this past week when reporting the candidates' bullish claims.

Who’s in charge in Auckland - and who they run it - is an issue of national significance, unlike who becomes mayor of say Nelson or New Plymouth - or even a big city like Christchurch.

We will all see, read and hear much much more in the media about the Auckland mayoral contest no matter where we live between now and next October.

But there is a risk that by then, those outside the big smoke will be sick of hearing about that rather than issues in their own backyard. 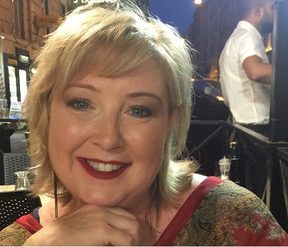 One who is already is Ali Jones, a former Christchurch city councillor and current community board member.

But she also criticised the same edition of the paper after counting up the stories in at about Auckland affairs and people.

“I don’t think I’ve ever seen a more “Auckland”- focused edition of the national Sunday paper. Two small Christchurch stories - and then nothing. Are these not valid stories deserving of a national audience?” she said on Facebook.

"I was really disappointed Tracy Watkins or another journalist didn't look at the issue she raised beyond Auckland," Ali Jones told Mediawatch.

Central politics has played a role in Christchurch for some years, she said, and John Banks hiring consultants was "a non-story" unless he actually decides to stand.

"I think we can assume lobbying using political strategists is part of a strategy but it's the editors and senior journos who decide whether to run with them or not. Editors have to stand their ground and be consistent," she said.

Ali Jones’ mood was not improved by watching the news on TV that night. (The John Banks story was reported by TVNZ 1 News and Newshub at 6).

"Cricket coverage on one news includes live cross from a pub, guess where? AUCKLAND," she said on Facebook.

While the day's second story was the gun buy-back in Christchurch the previous day, "it was just as a voiceover. I’m so over the Auckland coverage in our “national” news," she complained.

"The point is others are controlling the narrative and it increasingly revolves around Auckland," she told Mediawatch.

She said national media stories about racism post- March 15 have been compiled by journalist form outside and presented a misleading image of the city that's hard to shift.