Full credit to the media?

The Cricket World Cup outcome monopolised the media last Monday - and whether it was fair or not was the big story in the following days. The Black Caps were dignified in defeat but some media sledging in the past might have motivated England’s match-winner last Monday. 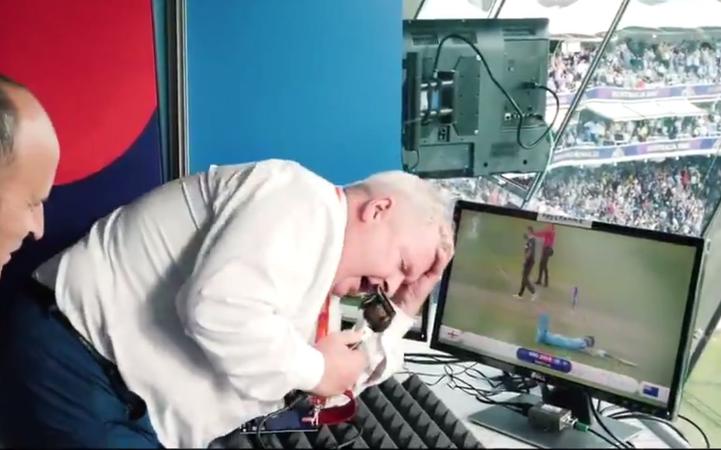 One irony that some cricket fans found hard to take was that England's match-winner Ben Stokes was born here.

“The media and all the people in New Zealand have been very gracious in accepting that Ben is a Kiwi,” his father in Christchurch - former Kiwis league international Gerard Stokes - said on Newstalk ZB.

But not all the media have been gracious to the Stokes whānau in the past.

Three years ago, Ben Stokes bowled a disastrous final over that cost England the T20 World Cup. The West Indies scored 24 from it to win at the death.

Ben’s mum Deborah Stokes heard that and called the station to complain. Matt Heath pretended to be someone else and broadcast the conversation.

That deception led to a hefty fine for breaching and broadcasting standards - and her privacy.

The management “reprimanded” the pair by taking them off air though they were already heading to Las Vegas  on a promotional trip.

And in their holiday social media posts and podcasts, they were clearly “sorry, not sorry.”

Jeremy Wells had another poke at Ben Stokes's mum Deborah - making her the 'Hauraki Breakfast New Zealander of the Week'. 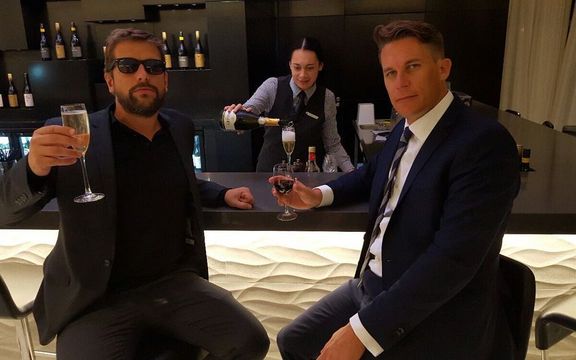 “I’ve been told it was morally wrong what I did but I stand by it because I think it was funny,” Matt Heath told Radio Hauraki listeners.

Could it be that messing with Ben Stokes's mum gave England’s Kiwi-born star extra motivation on Monday? In a game of such fine margins, could it even have been a decisive difference?

Wells and Heath are key members of NZME’s Alternative Commentary Collective crew who took the loss hard on Monday morning in their live coverage.

“Oh God - why can't we have nice things? What did we do to deserve this?" wailed the ACC’s James McConie straight after the crushing climax on Monday.

We don't know if ACC crew really believes in God. But what about karma?

Perhaps the ACC boys are lucky the Black Caps and most fans took an “it wasn't meant to be’ attitude.

If they were looking for media scapegoats there could have been fans with pitchforks making a bee-line not for the ICC over their daft rules, but the ACC's commentary caravan.

Others in the media with egg on their faces were those who wrote off the Black Caps half-way though what ended up being the World Cup's first ever two-day ODI.

Duncan Johnstone of Stuff said the Black Caps “made an art out of boredom” and the world’s cricket fans would be happy when India inevitably dumped them out on the tournament the next day.

Likewise Radio Sport’s Martin Devlin spelled it out - literally and quite unnecessarily - at the same point.

" T-H-E-Y A-R-E T-O-O G-O-O-D. It's that simple. They are just a much better team than us. In fact so infinitely superior I don't know why we ever kidded ourselves that this time was going to be any different," he said.

But after swiftly switching bandwagons 72 hours later, Martin Devin was singing a very different tune - though with the same 'caps lock' approach.

“CAN WE WIN IT? To borrow a quote direct from that venerable old kids cartoon called Bob the Builder, YES WE CAN! Of course we can,” he wrote bullishly.

Being a sports pundit means never having to say you’re you were wrong it seems - or that you're sorry.

But don't go crying to God when defeat is snatched from the jaws of victory . . .