The Spinoff strives to recruit its readers

Almost five years after starting up, online outlet The Spinoff now wants readers to cough up along with its corporate sponsors and clients. It’s even offering them some editorial influence. Mediawatch asks its founder if that might mess with their mission. 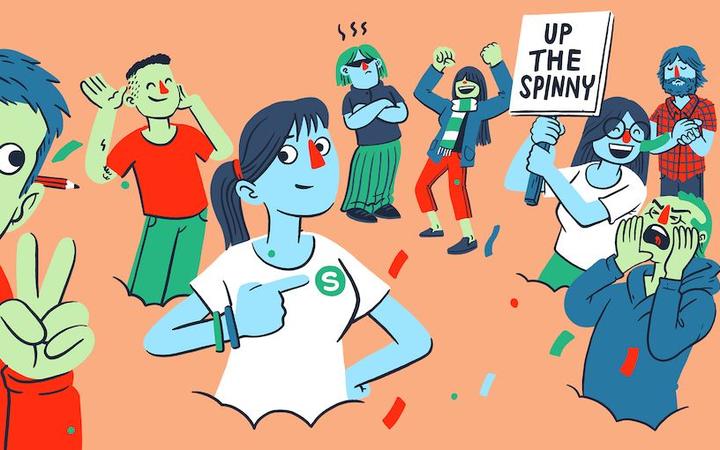 All over the world media publishers big and small are trying to work out how to make money - one way or another - from their online readers.

That's no easy task in the internet age when people don’t have to pay for news and comment online if they don't want to or can't afford it.

There was good news and bad news for them in the latest 2019 Digital News Report from the Reuters Institute for the Study of Journalism.

“The most comprehensive comparative study of news consumption in the world” found publishers are making more money from digital subscriptions around the world, but much of it is harvested by big names like the Washington Post and New York Times exploiting the so-called “Trump bump.”

“One encouraging development is that most payments are now ‘ongoing’, rather than one-offs,” it said.

“But even in countries with higher levels of payment, the vast majority only have one online subscription. In some countries, subscription fatigue may also be setting in, with the majority preferring to spend their limited budget on entertainment rather than news,” said the report.

The report's lead author Nic Newman had other bad news for minnows in their markets.

“This is true for any form of ongoing payment. It's true for richer people and more educated people and it's true in almost every country we look at,” he said in a live online broadcast. 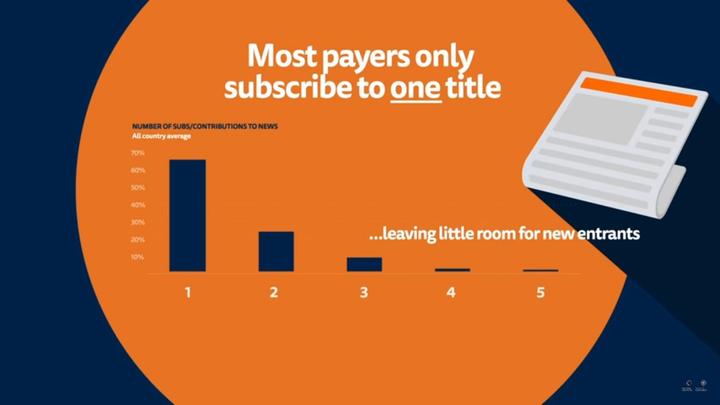 New Zealand wasn't one of the 38 nations surveyed by the RISJ, but if the same is true here it could be a tough time for Auckland-based outlet The Spinoff to launch Spinoff Members.

In its first five years, The Spinoff has made ends meet with income from sponsors. It’s also secured some public funding in recent years from New Zealand on Air for specific multimedia projects like a TV series for Three last year and web series such as te ao Māori-focused Kaupapa on the Couch.

But now it’s asking its readers and viewers to kick in cash too - as well as ideas and expertise, if they're keen.

The Spinoff suggests members cough up $8 a month via local funding platform PressPatron, but they can pay as much or as little as they want. The proceeds from every dollar contributed by members, they promise, will be “devoted to creating new, high-impact New Zealand journalism.”

Unlike paywalls, this will help keep the online content free for all - even those who don’t sign-up.

“The commercial model we had at the start has got us this far but ... having a single headline sponsor of a particular section is not proving as viable as it once was,” Duncan Greive told Mediawatch.

He said that was being replaced by “campaign-style work” where a single sponsor covers the cost of coverage for an event or theme. For example, consultancy firm Grant Thornton bankrolled six weeks-worth of Spinoff coverage of the Budget and related issues this year.

“That’s limiting, and your scope becomes what you can make a commercial case for. There is business coverage sponsored by Kiwibank but there are other areas where there isn’t such a logical case to be made - such as science reporting or social issues,” he said.

“It’s not like there’s a big corporate really interested in creating coverage of more social issues. We have decided to go to readers and say: “Here is a suite of things we would like to do and if you want to help us be more sustainable and move into these areas, consider becoming a member.”

In an online explainer, Greive said: “We want to listen as much as we speak.”

“We’ll survey members about what they do and don’t like about our coverage ... and have a group of members who can act as a giant advisory committee, helping guide us into the future,” he wrote. 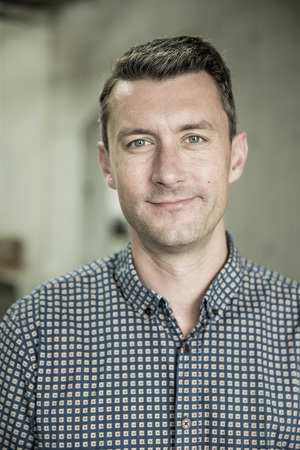 Greive said they will weigh members' views when deciding on stories to commission and even about journalists to hire.

Building bonds with members sounds nice, but media organisations are not democracies. Giving paying members editorial input could undermine the editors end even skew the editorial scope of The Spinoff.

“There was an era in media - until the social (media) era - when the editor was the one true God. And they had tremendous power. Over the last 10 years people are feeding back constantly. While the editor is still in control, there are good things and bad things about that,” Duncan Greive said.

“Obviously we will still have all our normal editorial processes. It’s just an extra voice of an engaged readership. It creates a superset of people whose opinions we ought to value more than just the incessant roar over social media,” he said.

RNZ's Jesse Mulligan raised the prospect of a so-called 'Grey Lynn 500' of like-minded Aucklanders feeding into the decision-making.

“There can be this idea that there is this kind of inner-city 'media and comms' kind of group that dominates The Spinoff but we’re starting to see a broader demographic reading us,” said Greive.

He said some early responses to the membership drive reflected that.

“Get in touch. We can talk you through different levels to suit the scale of your business and your desire to help,” says the Spinoff’s friendly FAQ explainer.

But The Spinoff already has a range of commercial sponsors and that could complicate business.

“I don’t think there’s any way in which their voices will be louder than any individuals. Some businesses have a greater ability to contribute than an individual and that’s why we’ve made it pay-what-you-want,” Greive told Mediawatch.

“The businesses participation won’t be on the basis that there’s a hierarchy to the voices,” he said.

In 2015, Greive told Mediawatch they met monthly to give Lightbox a heads-up on plans but they had no editorial control.

“I'm sure some would say it's hopelessly compromised, but the alternative is not existing. If (the audience) thought we were compromised they'd stop reading us,” said Greive at the time.

It’s certainly a far bigger business four years later. Its Auckland HQ has a staff of 20 with a studio for podcasting and video production.

Better known membership models - such as The Guardian overseas and Consumer here in New Zealand - are trust-owned media outlets. But The Spinoff is a private business.

Does a membership scheme make it any less likely The Spinoff will be sold to a bigger media company in the future?

“When I started The Spinoff I assumed with colossal naivete that the most likely outcome was we would run it for a few years and one of the other media companies would buy it and slot it in the way the likes of Bauer and Fairfax have assembled their empires,” he told Mediawatch.

“But I’ve realised it’s a different era, media companies are in survival mode, not acquisition mode. I genuinely don’t think about whether this makes us more or less acquirable,” he said.

Will readers be recruited en masse?

Swiss online magazine Republik targeted just over $NZ1 million in crowdfunding to start up in 2017. It hoped to convince 3000 people to pay about $NZ400 each for a one-year subscription.

They met their initial goal by 3pm on day one. After a week, Republik had more than 10,400 subscribers and more than $5m in crowdfunding.

All that for a startup that hadn’t even started.

Republik also sought to involve the members by keeping them informed of all major business decisions. It enabled online comments for members to create a critical dialogue with reporters and editors.

In year two, it retained 60 percent of its first-year subscribers.

The most successful crowdfunder before Republik was online journalism platform De Correspondent in the Netherlands launched in 2013.

“I have no doubt that Spinoff Members in five years time will be light years away from this and much more sophisticated. In time we might even have a members editor,” he said.

“The number that matters is the revenue from them and the strength of the compact do you have together.”