A sudden spate of advocacy ads this past week shows media should check the claims of people placing political propaganda before cashing their cheques. 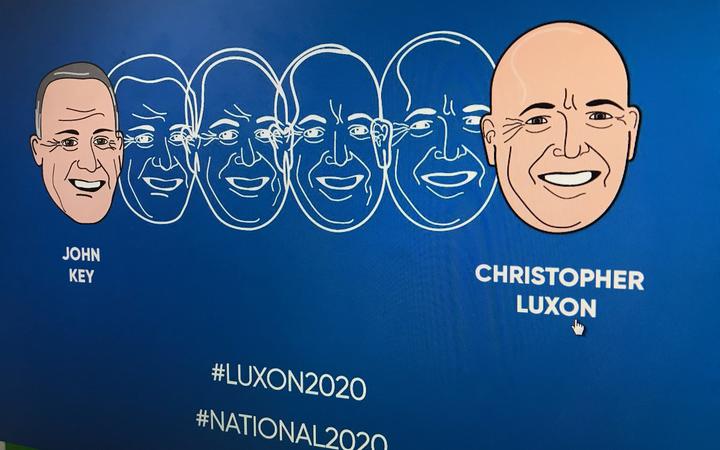 Readers of the Herald on Sunday last weekend couldn’t have failed to notice an advertisement taking up the whole of page 11.

‘Doctors want no part in assisted suicide’ said the bold blood-red headline above and open letter signed by more than 1,000 doctors which urged more to sign up too.

That was superimposed on hundreds of names of those who believe euthanasia is unethical even if it's legalised.

But that ad last Sunday wasn't really aimed at doctors who might be reading the paper, or even the thousands of other readers of the paper.

It was aimed at MPs voting with their consciences on the End of Life Choice Bill which was back in Parliament this week. 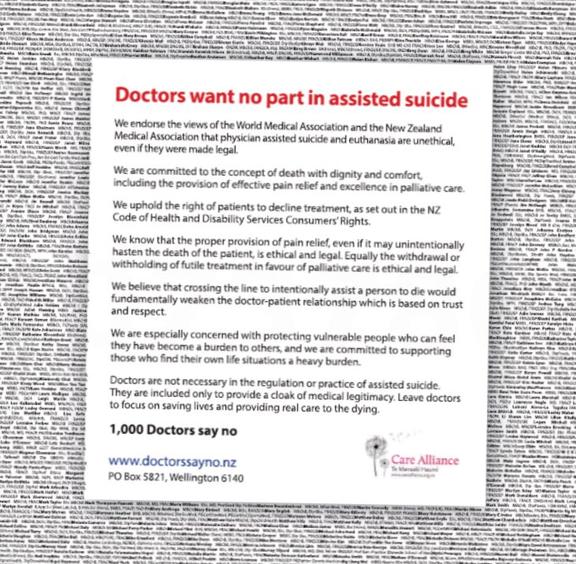 The Care Alliance, a charity that opposes physician-assisted euthanasia, paid for the ad which would have annoyed some Herald readers who don't agree on this contentious issue.

But groups wanting to have a say are entitled to buy space in the media to get their message across and publishers are quite entitled to place their ads and take the money.

The ad certainly got the attention of the media on an otherwise slow-news Sunday.

The following day it was also on Morning Report on RNZ National, where Dr Donnelly got another outing.

The Care Alliance got a decent return on its investment in that ad from the news media.

Another political ad published in the Weekend Herald the day before was also widely discussed in the media.

The fact that it looked like a political party promotion and might break the rules for those guaranteed that it got discussed on Monday’s Morning Report.

While there have been a few Mickey Mouse politicians down the years, he never put his hand for politics. Here at Mediawatch the ad reminded us more of an older one: Trace Hodgson's portrayal of a jovial David Lange dramatically morphing over five frames into a wild-eyed sharp-fanged Roger Douglas. 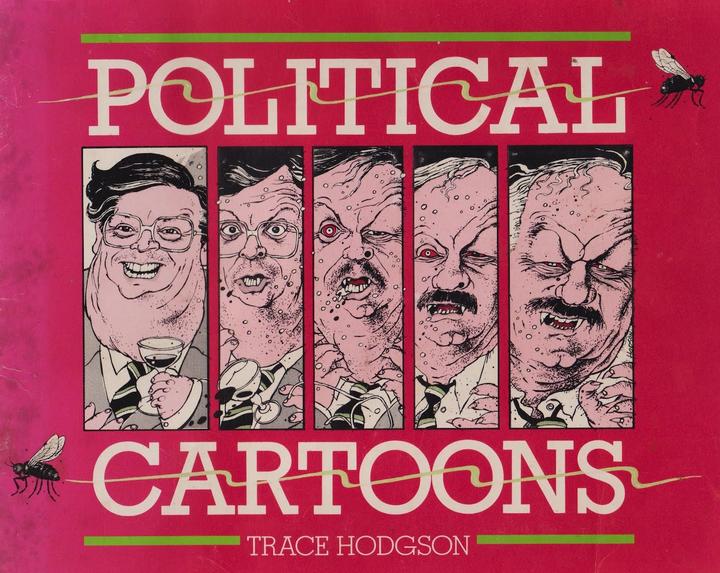 A Trace Hodgson cartoon showing Lange morphing into Douglas during times of strife for the fourth Labour government in the 1980s. Photo: PHOTO / RNZ Mediawatch

The man behind it turned out to be a property tycoon who was once New Zealand's youngest real estate agent.

He hasn’t yet given the media his reasons for shelling out an estimated $20k for half-page ad, but on Nine to Noon Gavin Ellis reckoned the Weekend Herald shouldn’t have printed it.

On Morning Report, electoral law specialist Graeme Edgeler said the Herald could be liable even though Christopher Luxon is not even a member of the National Party yet, let alone a candidate.

Ironically, the same day the New Zealand Herald carried the news its owner and publisher NZME had been sanctioned for running political ads from someone who is a candidate in a hotly-contested election.

The ad, which played on NZME’s talk station NewstalkZB for two weeks, had Mr Tamihere saying this:

"Did you know Phil Goff is letting Auckland Transport cut the speed on 700km of roads to just 30km/hour? No suburb will escape this crazy plan."

The actual proposal is for speed limits ranging from 30 to 80km/h in various locations. Auckland Transport said only about 70 km of roads in the region could be restricted to a 30km/h  limit under the proposal.

And all this was just a proposal for the public to consider, not a ‘crazy plan’ of the current mayor.

John Tamihere told the ASA his team didn’t have time to put all the detail in a 30-second ad - though the ad in question was only 15 seconds long.

“Auckland Transport had done a very unsatisfactory job of advising the public. More people heard our advertisement than Auckland Transport reached with their “consultation” programme,” John Tamihere told the ASA.

But if true, that makes the consequences of his ad’s misleading message even more serious.

Auckland Transport is a major target of John Tamihere’s campaigning.

He has said it’s conducting a “war on motorists” and he has promised to shake it up and sack the senior staff if elected.

The council-controlled agency has angered John Tamihere by periodically publishing all its correspondence with his team on its website "in the interests transparency”.

When AT complained directly to John Tamihere about his misleading campaign ads, he complained officials paid from the public purse were seeking to muzzle him without justification.

None of this helps give the people of Auckland a true picture of an actual election issue, but who’s to blame in this case?

NZME told the ASA John Tamihere’s election ad was “designed and submitted on behalf of the client” and it “presumed that the script and figures provided were correct.”

NZME, which owns both Newstalk ZB and the Herald, told ASA its advertisers were responsible for ensuring their advertisements can be substantiated - but it added:

"Notwithstanding that, we are cognizant of the fact that we too have a responsibility as a broadcaster to ensure that the public is not misled."

Ironically, the person who complained about the ad said he knew it was inaccurate... thanks to the Herald.

“The Herald's own website says the material in the ad is false and misleading. My complaint is that ZB and John Tamihere continue to run the ad when they know it is false,” Mr Boscawen told the ASA.

NZME told the ASA there was “no evidence” anyone ever asked Mr Tamihere if the figures quoted could be substantiated.

“Our team has been reminded to be vigilant when accepting advocacy advertisements to avoid this from reoccurring,” NZME told the ASA.

But that didn’t prevent the Weekend Herald publishing that ad about Christopher Luxon which many readers took to be a National Party promotion.

Better checks are clearly needed before media companies cash the cheques from people who want them to publish political propaganda.