The Mail Online is one of the world’s most popular websites - partly because it recycles the online journalism of other outlets as clickbait. You’ll never believe what happened when New Zealand-based correspondent Anke Richter confronted them about that recently. 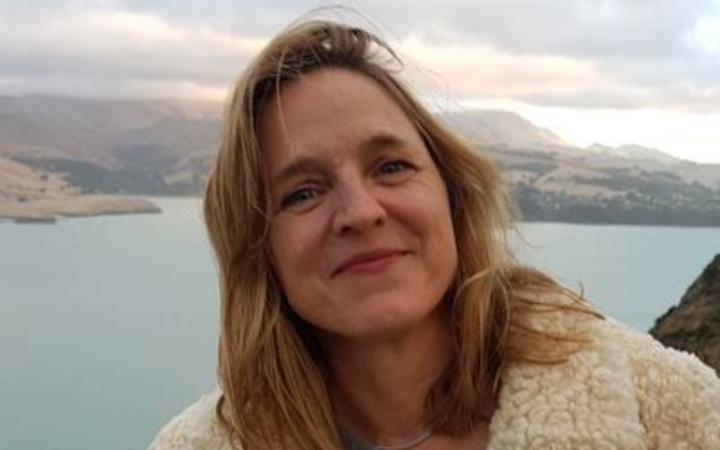 On June 1 a long piece about Gloriavale by freelancer Anke Richter filled the first two pages of the Weekend Herald’s review section.

It told the story of John Ready, a father of 10 who left Gloriavale after his eldest daughter was kicked out and who now wants to get the rest of his family out.

Anke was well equipped to tell the tale.

She’s written about Gloriavale before at length and about other religious communities and sects around the world and here in New Zealand too. 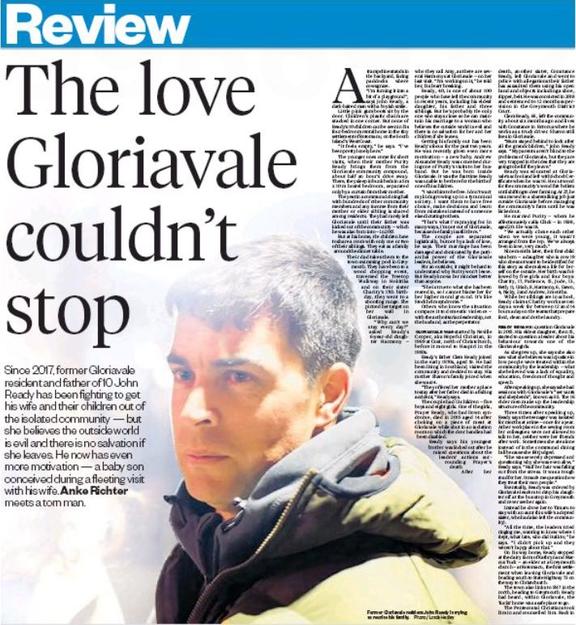 It’s the sort of in-depth reporting people pay for when the paper comes out each Saturday. Online it was part of the Herald’s premium content offering only available to those with one of the digital subscriptions the publisher NZME launched six weeks ago after years of preparation.

But within hours, a condensed version of the same tale was on the Mail Online site with this headline:

'I don't want my kids growing up in a tyrannical society': Desperate father wants his wife to leave Gloriavale cult with their 10 kids - but says she is suffering from 'Stockholm Syndrome'

The Daily Mail is the UK's second-biggest-selling tabloid newspaper. Its online arm it has become one of the world’s most-visited news websites.

It is a clearing house for huge amounts of celebrity and gossip stories - dozens of them run down the right-hand side of the homepage - the so-called ‘sidebar of shame’.

But there’s also news from all over the world there and with that in mind, the Daily Mail opened a hub in Australia more than a decade ago.

Most of its reporters aren’t generating original news. They scour other outlets rewriting and republishing their stories as fast and as often as possible.

News stories often end up very close to the original, opening up the Mail Online to accusations of theft and plagiarism on an industrial scale. 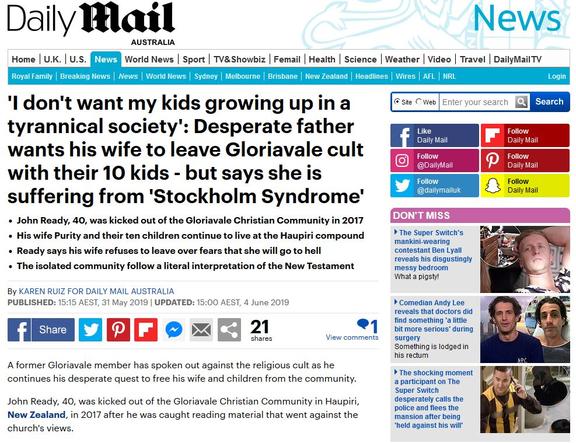 With the Herald based across the Tasman sea, it could be a case of ‘out of sight, out of mind’ but Daily Mail Australia also takes stories from their direct rivals including Fairfax Media and Rupert Murdoch’s News Corp.

Late last year, the ABC’s Media Watch TV show put out a call on Twitter to any journalists who reckoned the DMA had ripped off their work. 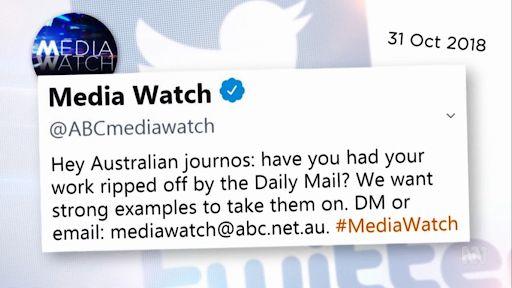 The ABC's Media Watch got an overwhelming and angry response to this request last year. Photo: screenshot / ABC Media Watch

The response was overwhelming and Media Watch devoted a whole episode to it on ABC TV.Can anything stop the Daily Mail and its brazen theft of other people’s yarns?

“If it makes the media so angry, why do they allow it to happen? And is there in fact anything they can do?” the show asked.

Some big players in Australia have tried.

Back in 2014 News Corp fired off an angry letter to the Mail threatening legal action. And again a year later.

The ABC’s Media Watch said it never got to court, perhaps because what the Mail is doing may actually be legal.

“The key is the fair dealing provision in the Copyright Act, which says you can copy someone else’s news story if you make sufficient acknowledgement which is why the Mail links to the original work online," said ABC Media Watch host Paul Barry.

"The law says you have to sue on individual cases, one at a time. The value of litigating for any individual work is probably not worth it," intellectual property expert Dr Kathy Bowrey told ABC's Media Watch.

"Another problem is that the law is not very clear on what is fair, and no one seems keen to clarify it or toughen it up. All media organisations like to pinch other people’s stories from time to time and don’t want the law to stop them," said Paul Barry.

“At first I thought that this is making news internationally and that’s what you want as a journalist  - for your stories to spread,” Anke Richter told Mediawatch.

“But at the same time I thought: ‘Hang on they just rehashed it and made two mistakes. The Herald story is behind a paywall so it’s pretty clear that it wouldn’t lead to many more clicks for the Herald, so I wasn’t happy,“ she said.

“It’s such a disappointment if people get a condensed version and I would’ve never written it in that way,” she said.

“Two years ago when I exposed a pyramid scheme here in New Zealand they used my content and photos but at the time I had bigger fish to fry,“ she said.

So what was the response when she got in touch this time?

“I wrote an email and invoiced them. I charged based on my New Zealand rates. They got back to me saying that they didn’t breach copyright but they were prepared to pay me,“ she said.

She urges other journalists whose work appears on the site to do the same.

She says that since her challenge to the Daily Mail she has rethought the nature of attribution for the story she writes.

“It’s ironic in some ways because I worked as a freelance journalist for Germany and did my training 30 years ago in Los Angeles,” she said.

“That was the pre-Internet days and most of the work was getting local and international papers and gossip magazines and rewriting stuff for Germany. There were some original stories but that was how it worked,” she said.

She moved to the Christchurch 16 years ago and later settled in Lyttelton and she reported extensively for German media after the March 15 mosque attacks in Christchurch.

She also covered the story in depth for New Zealand Geographic's most recent issue.

“It’s actually great to write for your own community. As stressful and overwhelming as it was it was great to have that opportunity,” she said.

Anke Richter has also written a satirical book in German about life in New Zealand. The cover features a pyramid cartoon ship with one lone garden gnome in the middle.

“That would be me I guess. It’s a satirical kind of mockumentary about being a German immigrant in New Zealand. It was written in my early years of being foreign correspondence here in a place where not much happens. That’s kind of the running joke of the book,” she said