‘Bugger the pollsters’ - and the broadcasters?

Two contrary political opinion polls this week raised big questions about the quality and the purpose of them. Politicians disputing the broadcasters' conclusions were dismissed as “in denial.” But are the media the ones who need to confront the contradictions in their reporting? 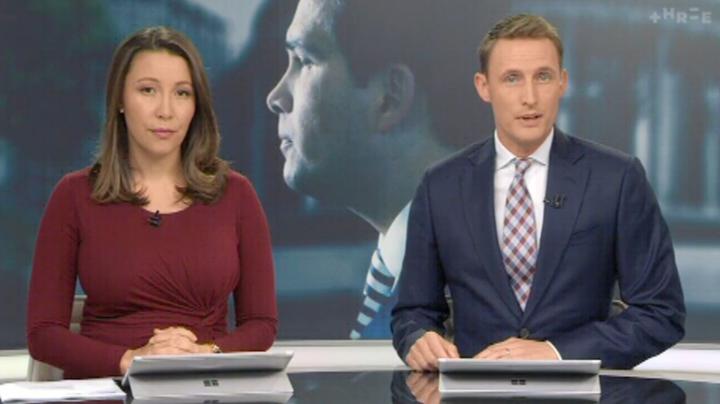 Newshub at 6 reports yet again on poor personal performance of Simon Bridges in its own paid-for poll. Photo: screenshot / Newshub at 6

It was odd to hear a quarter of a century-old quote from a long-gone PM in the news like that.

But what Mr Bolger actually said back then after winning the 1993 election was: “Bugger the pollsters”.

Coincidentally it was the history show Total Recall next up Newstalk ZB after that bulletin.

"Don't bother listening to them. There‘s only one poll that counts and that's on election night.”

But what he was advising us to ignore was talked up in advance by Newshub last weekend as something you must not miss.

It. Is. Epic. Join us for the latest Newshub Reid Research Poll #epic pic.twitter.com/A1akscqsbk

“The verdict is in for Simon Bridges and it doesn't get much worse. Under his leadership National is in a tailspin with the party's popularity nosediving,” said Newshub at 6.

“Newshub's Reid Research poll was the poll that was the most accurate going into the 2017 election,” Newshub at 6 reminded its viewers.

But many viewers will be questioning that now - or that Newshub’s “verdict” on the National Party’s leader would stand up in court because the Colmar Brunton poll on TVNZ 1 News painted a different picture.

“National has bounced back,” TVNZ declared pushing it out on Facebook.

While the rest of the media debated whether polls this far apart should be taken seriously, Newshub and TVNZ kept calm and carried on strenuously ignoring the contradictory results of their rivals.

When political scientist Dr Bryce Edwards acknowledged the existence of TVNZ’s contradictory poll on the AM show, Newshub’s website could only refer to it as “a slightly less disastrous one released at the exact same time”.

On TVNZ’s Breakfast show on Monday morning, political editor Jessica Mutch-McKay stuck to her line that their poll numbers were good news for National.

“This is why we in the political world find them so exciting. They are a shapshot in time."

The TVNZ poll was a snapshot they carefully framed to make sure no-one else’s numbers were in the picture.

But not everyone in the media was as excited as she was by it all.

NZME - publisher of the New Zealand Herald and owner of Newstalk ZB - does not bother forking out for polls any more this far from an election.

One-by-one this week, its hosts bagged both TV polls.

On RNZ’s Nine to Noon, weekly politics pundit Stephen Mills - an executive director for Labour’s preferred pollster UMR - was one of several pundits pointing out that we never see the most revealing opinion polling.

That is kept under wraps by the political parties who pay for them for their own political purposes.

National's deputy Paula Bennett hit back at Newshub’s poll on AM on Monday.

“You’re having fun writing a narrative about National I notice - with a lot of fiction in it."

Newshub’s Tova O’Brien was not happy and said Ms Bennett was “in denial”.

“This isn't my narrative - or Newshub's narrative. Voters simply do not like Simon Bridges and it's starting to hurt National,” she wrote on Newshub’s website.

But there is a narrative in Newshub’s coverage of its political polls that’s pretty plain.

Newshub has reported Mr Bridges as a "dead man walking" after all its polls this year - and that Judith Collins is poised to take over.

The Newshub poll in February was hyped as “devastating” and “a game changer” for National. It was a similar story in April.

But the game remains the same - and Mr Bridges remains National’s leader.

On TV this week Ms O’Brien said vultures were circling Mr Bridges. Online, she wrote he was the rotting head of a fish ripe for lopping off.

Even when reporting the comments of those who say he’s not about to lose his leaders’ job, Newshub makes it sound like he is already dead.

“Dr Edwards urged caution on predicting Bridges' days were numbered - even as the nails are being hammered into his coffin,” says one of it's online reports of its poll. 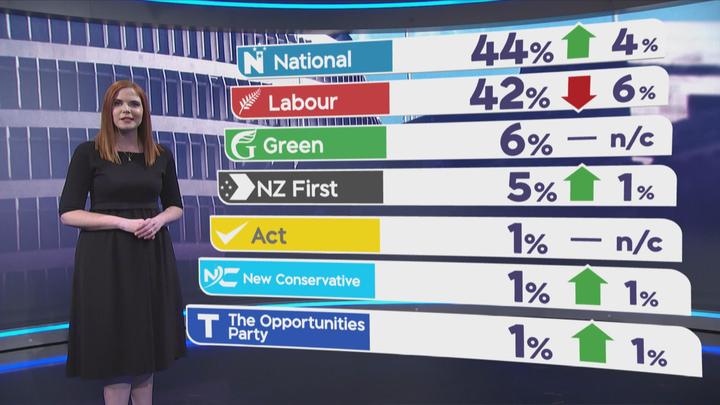 When The Spinoff asked Newshub’s pollsters for more details and data they said got this reply:

“Reid Research was not at liberty to release more information to us due to its commercial relationship with Newshub.”

So just like the political parties, there’s only so much Newshub and its pollster wants people to know.

Again, part of the familiar narrative.

The Judith Collins leadership denial follow-up story duly arrived on cue on Newshub at 6 on Monday.

But down the years, incumbent PMs have rated so highly in these polls that it’s been hard for any rival to rate highly.

Newshub and TVNZ never say clearly how many in their sample of 1000 don’t know who should be PM or refuse to answer the question.

On Colmar Brunton’s website, it says one-in-three of the sample in last weekend's TVNZ poll did not or would not name one.

That means the question is a lot less important to real people than it is for TVNZ and Newshub.

On Tuesday’s Newhub at 6, Ms O’Brien went on to concede the "dead man" was still walking despite previous predictions.

“He does seem safe for now. The National Party is in denial about our poll because it doesn’t like the numbers.

"It’s basically sticking its fingers in its ears and singing 'la-la-la' at the top of its lungs and trying to pretend our poll doesn’t exist."

A lot of Newshub viewers could be saying "blah-blah-blah" because they've heard it all before after Newshub’s polls.