Mediawatch's weekly catch-up with Lately. Jeremy Rose talks to Karyn Hay about Melanie Reid's Uplift documentary; Five Eyes and the ABC raid, and; a growing digital divide where rants are free but facts come at a price.

Tamariki of the poor

Former broadcaster Linda Clark is a partner at law firm Kensington Swan and a board member of New Zealand on Air. This week with her lawyer's hat on she attempted to force Newsroom to make changes to its New Zealand on Air funded documentary NZ's Own Taken Generation - the latest in its Taken From the State series. 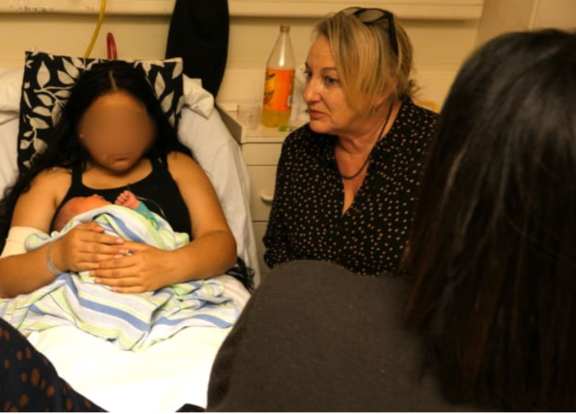 The documentary is a fly on the wall - or more accurately multiple cellphones in the hands of participants - look at an attempt by Oranga Tamariki to enforce a court order requiring that a baby be uplifted from its mother from Hastings Hospital where she had given birth just days before.

It's a gut-wrenching watch that raises more questions than it could possibly answer. There's already  been a series of follow-up articles exploring some of those questions and no doubt there'll be more to come.

Five Eyes and the ABC raid

In a 30 minute press conference following last week's raid on the ABC, Australian Federal Police acting commissioner Neil Gaughan said Australia's membership of Five Eyes was a contributing factor in the decision to go after whistle-blowers.

And this week following a meeting with the ABC chair Ida Buttrose,  Prime Minister Scott Morrison said while press freedom was important it wasn't an absolute unconstrained right. "It's always been subject to matters like the law of defamation, the law of sub judice [and] national security considerations."

But if national security consideration includes the need to be "seen to protect " all internal information - as acting commissioner Gaughan seemed to be suggesting - it could have a truly chilling effect on journalism.

Rants are free, but facts come at a price

New Zealand Herald business editor at large Liam Dann recently lamented the fact that New Zealand seemed incapable of having a reasoned debate about the Reserve Bank's capital ratio proposal. The what? You might well be asking. But Dann argued the reason we're not having the debate - isn't because it's an esoteric financial matter few of us would be interested in let alone understand - but the power of the banking lobby.

He went on to contrast the lack of an intelligent debate with the debate on traffic speed and whether slower speed limits would save lives or simply increase costs and time spent driving.

"Pragmatism dictates there must be a balance. Is it time to adjust the balance? Opinions vary but people get it," he wrote.

Dann is right about the lack of an intelligent public debate in the media about the Reserve Bank's proposals - but has there really been an intelligent, fact-based debate around the speed issue?

Well, if you depend on the New Zealand Herald for your news that could depend on whether you're one of the 10,000 people who have signed up its premium service.

If you're among them you've probably read Simon Wilson's 6 Myths About Road Safety. A well argued, fact filled look at the debate.

If you're not you can read, listen or watch Mike Hosking rant on the topic for free in a thought piece titled: This car hating government out of touch with motorists.

Simon Wilson did, and his column included this:  "Why is it happening? If the answer was easy we could fix the problem easily. But it's not. There are lots of reasons. One thing is for sure, though: as we debate the merits of speed limits, better driver education, more enforcement, better road design, safer cars and more, the last thing we need – the very last thing – are people saying just forget about it, we're fine as we are, we all love our cars and there's nothing we can do.

"But that, sickeningly, is what we've been getting from one or two high-profile radio presenters," he concluded.

Australians are the lightest news consumers of 38 countries surveyed. And 44 percent of them think the news is too negative. We don't know what New Zealanders think because we're not included in the survey.

So have they got a point and is there anything we can do about it? Well, The Guardian has a series called the Upside which attempts so find solutions to the world's mos stubborn problems. Lovely story this week about a restaurant staffed by the disabled in Spain.

Similar to The Bank of Real Solutions that RNZ reported on back in 2010.