A pilot programme will place reporters in regions where coverage of local issues is in decline. It's paid for with $1m from the public purse, but only for a year. Mediawatch talks to two key players who set it up, a local news publisher who backs the idea and one who is shut out of it for now. 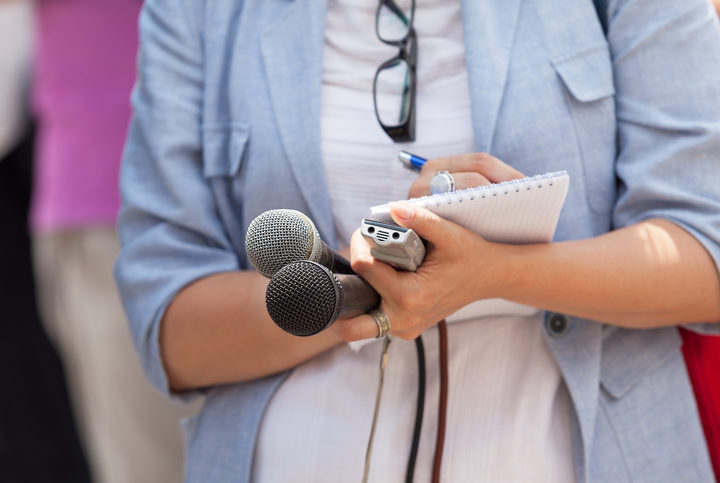 A new collaborative scheme to boost news reporting in the regions was unveiled this week - just days before the Budget brought down the curtain on the source of its funding.

The Local Democracy Reporting Service (LDRS) is inspired by a similar one established in the UK after the British government instructed public broadcaster the BBC to address deficits in reporting local news there.

Here in New Zealand, we have a similar problem, but on a smaller scale.

The Newspaper Publishers Association (NPA) said this week that regional newsrooms have shed three out of ten reporters in just the last five years.

It has become increasingly common for local body meetings to go unreported and unattended by journalists.

Editors from major news media publishers and RNZ visited the UK earlier this year to assess the scheme - and they liked what they saw.

This week the NPA, RNZ and the government's broadcasting funding agency New Zealand on Air jointly announced a scaled down LDRS for New Zealand.

Eight reporters will be recruited for existing newspaper newsrooms around the country. They will report solely on local institutions such as councils, community boards, council-owned businesses, trusts and health boards.

RNZ, the country’s main newspaper publishers and small local publishers can all use the stories and content they create.

The $1m to fund the scheme comes from the $6m Joint Innovation Fund (JIF) for RNZ and NZOA established by the government in last year’s Budget to create “more public media content for under-served audiences”.

But there was no money in the Budget on Thursday for the JIF to continue.

The NPA’s editorial director, Rick Neville, had foreseen the problem in a piece of Stuff introducing the new service.

“The big question is: what happens after Year One, when the money runs out?,” he asked.

“The NPA and RNZ will be working hard to ensure the pilot proves successful, so a strong argument can be made next year to make the local democracy reporting service bigger, better, and longer-lasting,” he wrote.

The editor-in-chief of Stuff Mark Stevens said the LDRS is “ a much-needed injection” which will help to “keep the bastards honest” in the regions.

But some journalists were sceptical.

Know what’s frustrating? Seeing organisations that told reporters not to bother with local council stories because nobody reads them online, now sing the praises of the new local democracy fund

“Know what’s frustrating? Seeing organisations that told reporters not to bother with local council stories  - because nobody reads them online - now sing the praises of the new local democracy fund,” said Daisy Hudson from the Mountain Scene paper in Queenstown, and formerly a reporter for the Timaru Herald and Ashburton Guardian.

“Don’t get me wrong, the fund is fantastic and any boost to local government reporting is to be applauded. But there’s definitely a level of hypocrisy that isn’t being acknowledged,” said Hudson.

This is the first time reporters in the print media are to be paid from the public purse.

"They probably should’ve come sometime ago. I feel personally that publishers have been at a disadvantage over major TV networks who have been funded by the public purse for the news documentaries," said Steve McCaughan,  regional manager of Star Media which publishes the 150 year-old Christchurch Star newspaper and eight community newspapers from North Canterbury to Ashburton.

“I think this is bringing more of a level playing field to our news reporting teams and I’ll certainly be talking to RNZ about a case for us to boost the news coverage,” he said.

But only news organisations like Star Media which belong to the umbrella group the NPA are eligible to employ the new ‘local democracy reporters'.

Right now for instance there’s a hard-hitting series of videos about strained maternity care in the Lakes region.

But Crux doesn’t publish newspapers and as a charitable trust, it isn’t eligible for a LDRS reporter.

“We are not comfortable with the distinction between all media and newspapers. Our mayor Jim Boult has emailed the minister to reflect that view. We need to push back respectfully against this idea that a newspaper-based network would be superior to new digital platforms,” said Crux’s managing editor Peter Newport, an experienced TV and radio reporter.

Newport is lobbying the NPA and the minister of broadcasting to review the exclusion of digital outlets.

“It’s something that's working overseas, but nowhere - in Canada, Australia or the UK - have digital platforms been excluded,” he told Mediawatch

“This is a pilot and we all hope it will extend beyond 12 months. If it does, they might well be eligible,” said NPA's Neville.

All local news websites could have access to the content of any local democracy reporter in their region, he said.

“Because it’s public money we want to get the stories to the widest possible public audience,' he told Mediawatch.

The Innovation Fund was a one-year project and it has effectively been scrapped as a consequence of Budget 2019. Does that mean the LDRS is over almost as soon as it has begun?

“Will be working very hard to get some sort of continuity and access some different funds. But first we’ve got to get some runs on the board,” said Neville.

“It’s not in our hands but this is collaborative. It’s about a range of people trying to figure out the problem of keeping journalism alive in regional New Zealand. If the pilot works there will be a really good case for it to continue,” said RNZ's Paul Thompson.

Will they be asking the government to step in and help?

“The government has been interested and they’re observing but I don’t think it’s best for the industry to sit there and expect the minister or a government department to come up with solutions. We are taking the initiative ourselves because this is a good idea and because we can work together. Let’s see what happens,“ said Thompson.

RNZ will appoint a manager to oversee the LDRS.

Wouldn’t it be a more efficient use of public funds to get RNZ to hire new reporters in under-served regions? RNZ already shares news content free-of-charge with more than 30 New Zealand news outlets.

"The Innovation Fund was always designed to work in concert with external producers. In this case it's the NPA . . .and we can't get into every local market with our services at the moment,” said Thompson.

"If someone was handing me millions of dollars we might be doing different things but this is about using what is available and this is a good opportunity. We want a diverse media ecosystem . . . and I think this helps sustain that diversity," he said.