Is it time for staff representation on media company boards?

A staff-elected board member at the ABC was credited by some with providing a steadying hand during last year's political interference scandal that saw the sacking of the Australian public broadcaster's chief executive and the resignation of its board chair.

So, would New Zealand's publicly-owned media companies benefit from having a staff member at the top table?

Journalist Quentin Dempster – who served as the staff-elected member on the ABC board from 1992-1996 - believes they would. 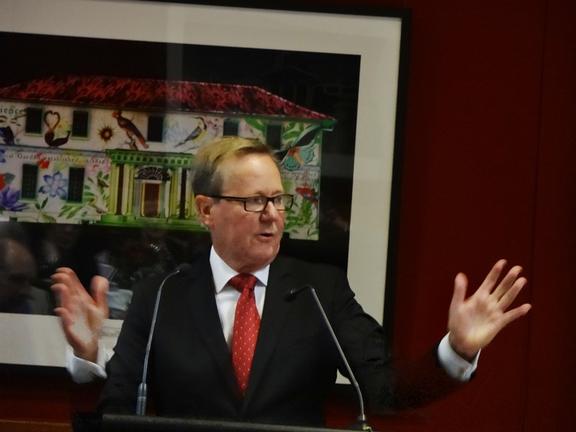 The issue of who ends up on the public broadcaster’s board is much more of a live issue in Australia than in New Zealand. Both the Liberal and Labor parties have been criticised for making partisan political appointments.

The Australia Institute – a business friendly lobby group – has advocated for an audience-appointed board position.

And already the ABC is required by law to have a board member elected by its staff.

Internationally, it’s not uncommon for public broadcasters to have staff representation on their boards. The Danish public broadcaster, DR, has two; Norway’s NRK has three; Ireland’s RTE has one; and there’s been an ongoing campaign in Canada for the CBC to create a staff member position on its board.

None of New Zealand's publicly owned media companies – TVNZ, Māori TV or RNZ – have staff representation on their boards.

But that doesn’t mean there’s no-one with editorial experience sitting around the board tables.

RNZ’s board chair Jim Mather is a former chief executive of Māori television; Bill Francis is a former general manager of talk radio for the Radio Network; Graham Pryor is former CEO of Mai Media; and Mike O’Donnell – better known as MOD – is a regular Stuff columnist and co-presenter of Start Me Up – an NZ on Air funded show that began screening on TVNZ Duke earlier this month.

Quentin Dempster told Mediawatch that, as a staff-appointed director, he was able to bring the issue of backdoor sponsorship of some ABC programmes to the board table.

"There was product placement, there was advertorial-type material. There was all sorts of things which were found by a board initiated inquiry by a QC to be illegal."

Dempster said having a staff member at the board table can create a "dynamic tension" when the staff appointed director challenged a policy being promoted by the managing director.

He said the staff-elected board member is there to secure the success of the entity.

"You're not there to play union politics or worker participation politics, you're there to secure the success of the entity. And that's where we've arrived in Australia through the staff-elected director on the ABC. Everybody acknowledges that is the role of that person."