They came, they talked and they put pressure on social media companies in Paris. The Christchurch Call now has international backing, but a prominent media freedom advocate in the US tells Mediawatch there could be unintended consequences for the media and journalists. The official investigation into the Christchurch mosque attacks is underway but the Royal Commission will not investigate the role of media organisations or social media.

"If part of the problem is that governments have failed to regulate the hate-filled corners of the internet, that is part of what we should know in order to protect us from similar acts," wrote disappointed AUT law  professor Kris Gledhill.

This week it also emerged that media may be shut out of most of the Royal Commission's proceedings.

The Commission said airing details risked providing a 'how to' manual for potential terrorists and could also interfere with the fair trial rights of the accused man.

“It’s not my role to instruct the inquiries. Our expectation is there will be a public-facing document at the end so people can see the outcome,” prime minister Jacinda Ardern told RNZ from Paris.

The PM was there for a special summit to pressure social media companies to take more responsibility for violent and extremist content on their platforms, such as the Christchurch gunman's video live-streamed on Facebook which then went viral online elsewhere.

Ironically, reporters were also shut out of Thursday’s summit in Paris.

“The media were allowed to film the first 15 minutes and the PM’s opening statements. The media pool was shoved out of the building after that so no-one got to see the meeting in play,” RNZ’s Jo Moir told Morning Report.

“Quite odd to be honest,” she concluded.

By contrast, all involved were keen to publicise the Christchurch Call in the run-up to the meeting.

That began here even before Jacinda Ardern boarded the plane for Paris with a squad of local political reporters in tow.

Last Sunday the New York Times published an opinion piece by Jacinda Ardern: How to Stop the Next Christchurch Massacre.

“This is not about undermining or limiting freedom of speech. It is about these companies and how they operate,” she wrote.

Facebook’s boss and his deputy gave the summit a swerve, sending instead their global head of policy Nick Clegg - a living, breathing symbol of company's clout given that he was deputy PM of UK as recently as 2015.

On Wednesday, Facebook said in a sudden statement that “anyone who violates our most serious policies” would be temporarily banned from its livestreaming service.

Nick Clegg claimed it would have stopped the livestream of the Christchurch attacks. But if so, why did Facebook only act when under the media spotlight from Paris two months after the attack.

In the end Facebook was one of the tech companies that signed up to the non-binding Christchurch Call. But what have the 17 governments actually endorsed? 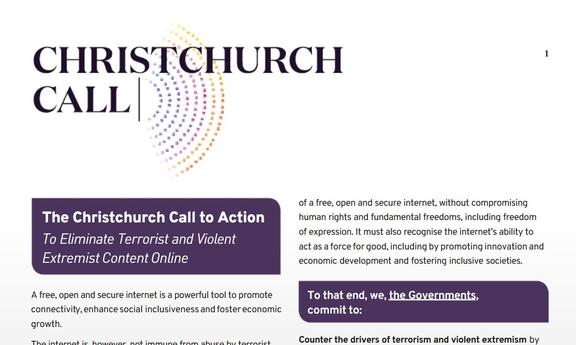 The Christchurch Call obliges signatory nations to enforce the banning of objectionable material - and also “set guidelines on how traditional media can report acts of terrorism without amplifying them.”

“It's not for the politicians to dictate how events should be covered. The New Zealand media, as it showed in the Christchurch massacre, is responsible and doesn't need to be told how to do their jobs,” he wrote.

He’s not the only one worried about over-reach.

“The Christchurch Call is an understandable response to tragic events. But it is more likely to strengthen the hand of the censors than mute the voices of the terrorists,” said Dr. Courtney C. Radsch - director of advocacy at the US-based Committee to Protect Journalists.

Why would this effort to scrub extremist stuff from social media threaten the news media’s fundamental freedoms? 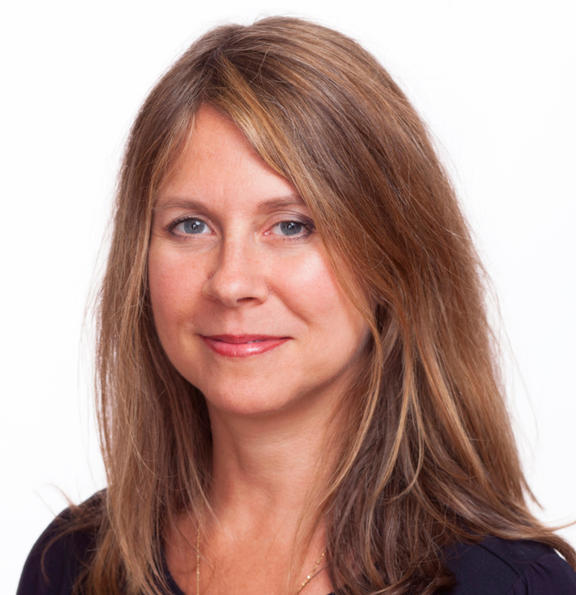 “We see that type of language used by governments in more oppressive countries to justify repression and crack down on political reporting. We don’t want media to be accused of amplifying terrorism when in fact they’re trying to report on legitimate issues,” she told Mediawatch.

In the immediate aftermath of the 15 March attacks the New Zealand Herald put up a story online about the gunman’s Facebook video under the headline ‘17 minutes of terror’.

The headline was criticised as clickbait that amplified the gunman’s actions, though the story was a legitimate news report.

“That’s the type of censoriousness we should be concerned about - and it’s not the only example,” Dr Radsch said.

“In Australia there was an article on one of its biggest news websites about ISIS recruitment strategies. The (online) regulator deemed it to be supportive of terrorism and they were forced to take it off-line - in spite of the fact Austrlalia's Press Council determined it to be in the public interest,” she said.

“You need to have the media self-regulating their editorial decisions. And when we talk about clickbait, let’s be clear: the technology platforms have completely reconfigured the environment in which these news organisations operate. It’s hard to blame them for using clickbait headlines when they depend on those clicks to sustain their news operations,” she said.

The Christchurch Call commitments steer clear of heavy-handed language, instead urging them to “encourage” and “support” the suggested actions from media without compromising legitimate reporting.

In many countries the news media broadly abide by such principles already when reporting extremism.

"How do they 'encourage' it? Are they encouraging it through inducements, through veiled punishments? We know that online censorship and self-censorship can be prompted by governments encouraging or discouraging certain behaviour.  In general, we want governments to say out of editorial decision-making," said Dr Radsch.

"Those sort of ambiguous coded terms are also used in authoritarian countries to place restrictions on media," she said.

“The focus on content moderation seems like a losing tactic in the never-ending game of whack-a-mole that defines efforts to prevent the circulation of violent content,” Dr Rasch wrote in a comment piece before Thursday's summit.

But if social media platforms are encouraged by the Christchurch Call to adopt editorial principles similar to those responsible news media already adhere to, surely that would be a good thing?

"Terrorism and extremism are very poorly defined in many parts of the world. Opposition groups are labelled as terrorists or extremists, for example in Egypt and Turkey. The idea that somehow we are all going to agree on what the narrative should be and who should be allowed to try to push the message online is a problem," Dr Radsch told Mediawatch.

"I think the problem with these sweeping calls to remove terrorism from the Internet is that it’s too broad. It’s not identifying the key platforms and what other factors might be a play in facilitating that content going viral," she said.

"The UK has the online harms White Paper out right now. President Macron has his own proposals for France. The EU has principles that it’s coming out with and Australia just passed a law with heavy penalties. Every country is trying to figure out how to grapple with this issue," she said.

"When we talk about those tech platforms we should be specific about the dominant social media players. They are essentially equivalent to the Internet in many countries. In Myanmar for example and the Philippines, Facebook is the Internet," Dr Radsch said.

"What does this mean in countries where they are dominated by one primary information source, with the algorithms and decisions about the design of that platform made by executives in Silicon Valley?"

"The Christchurch Call is an important discussion and it’s important that they’ve emphasised freedom of expression and protecting human rights, but I think it’s a much more complicated issue than just figuring out what we do about online content," she said.