After condemning social media platforms for hosting and spreading extremists’ content, many media here also took the online bait from a noted British troll who's too toxic even for Fox News and the tabloids in the UK. 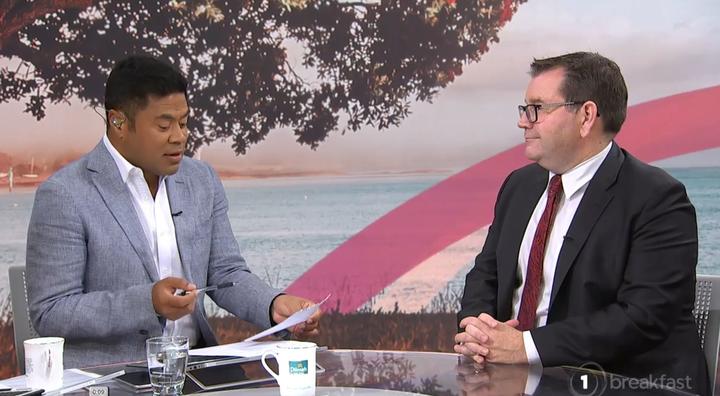 Last Tuesday the government’s plans to urge global social media companies to tighten up on extremist content filled the front page of the New Zealand Herald.

“The will of governments to work together to tackle the potentially harmful impacts of social media would have only grown stronger in the wake of the terror attacks in Sri Lanka,” said the Herald the same day on page 5

But there was a very different Herald story on page 5 of the Herald’s regional stablemates the same day - including Hawke’s Bay Today, The Northern Advocate and Bay Of Plenty Times.

“Prime Minister Jacinda Ardern is ignoring a sarcastic swipe by a British columnist over the attacks in Sri Lanka which have left more than 200 dead,“ it began.

Tuesday’s AM show and TVNZ’s Breakfast both raised Hopkins’ trolling tweet with finance minister Grant Robertson when he was in their studio.

He told both programmes she was a "publicity seeking idiot" whose name he didn't want to repeat on TV.

Our media could easily have ignored her crass blurt on Twitter - along with millions of other non-newsworthy tweets.

But TVNZ’s One News Now site and MediaWorks TV and radio and Newshub site turned it into a talking point.

Magic Talk’s Sean Plunket tried to goad her into coming on his show without success - but she was interviewed on the same station on Friday afternoon.

She talked about how she had wanted to be the British Army's first ever female general and was now fighting for "Christian culture."

Stuff and RNZ were the only major media outlets here that did not turn Katie Hopkins trite tweets into talking points or and news stories.

She is a right-wing anti-Muslim, anti-immigrant provocateur who has been too toxic for mainstream media some time.

She used to used to write for The Sun and then the Daily Mail in the UK and host a show on London talk station LBC. Newstalk ZB used to have her on from time to time on British politics.

But she was dumped by the Daily Mail and fired by LBC in 2017 after calling for a “final solution” after the Manchester bombing in May 2017 - and then calling on Western men to “rise up.”

Even Fox news in the US doesn;t use her as a commentator anymore.

Another reason media should keep their distance is her fondness for fake news.

According to another of her own recent tweets she is working with notorious conspiracy theorist Alex Jones from fake news factory Infowars.

He was kicked off every major global online social media platform last year except Facebook-owned Instagram. He is is currently being sued for defamation by families of kids killed in the Sandy Hook Elementary School shooting which he claimed was a hoax.

In a sworn deposition he said in his defence he had “a form of psychosis in the past where he thought everything was staged” but now he knows better.

Another compelling reason not to amplify Katie Hopkins' social media posts here is that it is good for her business.

Without a news media paymaster, she directly solicits online donations from followers on the social media sites  where she posts her provocations.

Katie Hopkins would be delighted with the exposure she's had here this past week without getting up from her keyboard in the UK.

'Don't feed the troll' is a much-repeated maxim these days. If ignored, many of them really would go away.

But in the online age, savvy trolls like Katie Hopkins also feed the mainstream media's appetite for controversy.

Here - and overseas - they need to change their diet.