Governments gear up to crack down on social media

After Christchurch, governments around the world are gearing up against the ‘weaponisation’ of the internet by terrorists and extremists. The grim content they create also forces news media to make tough calls.

Professor Roxane Cohen Silver has studied the effects of extreme images - and what the media need to know about that. 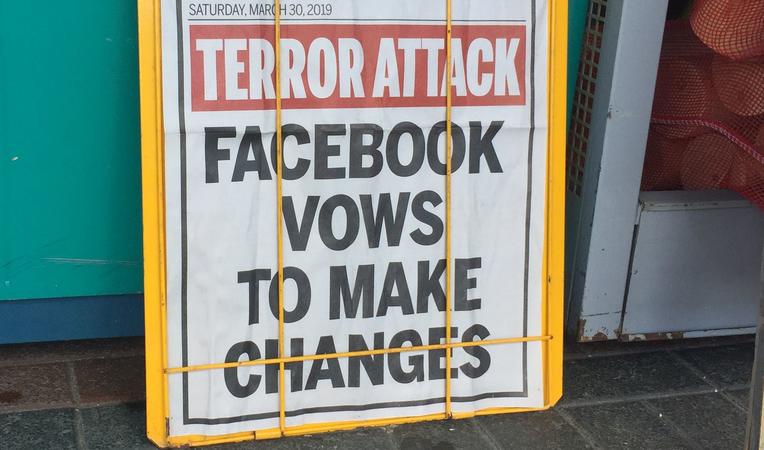 Facebook and its CEO Mark Zuckerberg have come under heavy pressure to act over the Christchurch mosque murders being live-streamed on Facebook last month.

About 1.3 million copies of the accused gunman's video were blocked from Facebook but 300,000 copies were published and shared elsewhere.

Thousands of people even viewed it on a section of popular online forum Reddit called 'Watch People Die'.

That wasn’t shut down until the following day.

This week, a Facebook policy director told US Congress members it did not detect the massacre livestream because there was "not enough gore" - and US expert Eric Feinberg told New Zealand Herald he found 12 copies of the alleged gunman's video still on Facebook and Instagram.

But while the online platforms face no sanctions for distributing the video online, one 18-year-old is facing the music for that here in court.

Zuckerberg admitted last week that Facebook needs help from the world’s governments to restore order online and individual governments are rushing to regulate in their own territories.

This week, a UK government ministry recommended fining or blocking companies that fail to tackle "online harms" such as terrorist propaganda. Australia has just passed laws with huge fines for social media companies and jail for their executives if they fail to remove “abhorrent violent material”.

Here, the New Zealand Herald reported on Wednesday an overwhelming majority of 1000 people polled by UMR agreed "the government should require social media companies like Facebook and Twitter to take more responsibility to prevent distribution of harmful content".

And with the urgent guns law changes now passed, it seems our government is also pondering this.

But while that gives the media plenty to report on, it also gives them some concerns.

Last weekend Herald political editor Audrey Young reported Jacinda Ardern has put together "a group of digital and media experts" who met with her in Auckland.

"It may be a sounding board and think tank for future policy proposals,"she said.

Young said all this involved "issues that impinge on media generally, free speech and the free exchange of ideas".

"The effects would be more wide-ranging and could be insidious,” she added.

There is certainly genuine interest in knowing who was around the table talking to the prime minister about those issues.

Personal meetings with people in the media got her minister of digital media, Clare Curran, in big trouble last year. The prime minister told reporters this week she would check to see if those at the meeting are happy to be identified and report back.

But when Zuckerberg finally broke his long and deafening silence about Christchurch on TV in the US last Monday, the tech titan’s top dog said he wasn’t keen even to introduce delays on Facebook's livestream feeds.

The gruesome broadcast of a mass killing could happen again on Facebook at any time in breach of its own terms of service. 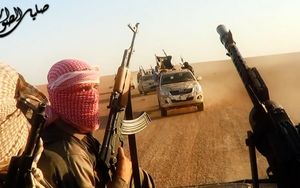 An image from a propaganda video claims to show militant fighters near Tikrit. Photo: AFP / ISIL

The fact that content created by murderous extremists is easy to find online also gives the media a dilemma.

"The platform companies haven't really developed a code of ethics or a set of principles about amplification. Now that [Christchurch] has happened they will have to do it," Harvard University expert technology and social change expert Joan Donovan told the NPR show On the Media in a special programme called  Hating In Plain Sight.

The show's Bob Garfield turned that around.

"It's easy and important to ask tough questions of the press and to demand accountability from the platforms. But in some ways, does not the fault lie within users ... within us?," he asked.

Another US expert visiting New Zealand agrees - to a point.

Prof Roxane Cohen Silver from the University of California in Irvine began studying the effect of graphic images of terrorism in the media after 9/11 attacks in the US.

Shortly after the mosque attacks in Christchurch she told The Washington Post no-one should seek out the killer’s content online because her work had showed there is no psychological benefit and the very real risk of harm.

Last week, she was in New Zealand for an international Health Psychology conference.

"Talking to colleagues in New Zealand I sense that the Christchurch massacre may have the same kind of impact on New Zealand is the September 11 terrorist attacks had in the United States," she told Mediawatch.

"We had days and days worth of media exposure but at that time it was only television. We are really in a very different arena then we were just a few years ago," she said. 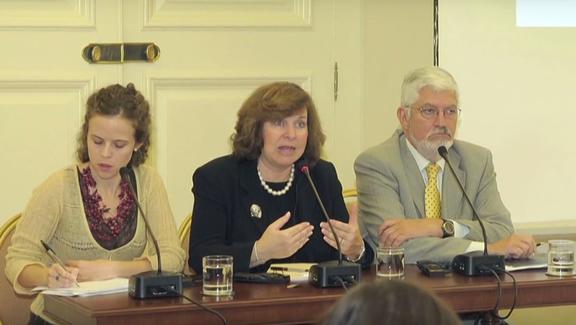 Isis and Al Qaeda groups have for years posted evidence of executions for the online world to watch in the expectation that they would go viral.

Last month, the American Psychological Association published the findings of Prof Silver’s three-year study of 3000 people in the US which has the confronting title: Who watches an Isis beheading – and why.

Prof Silver and her colleagues at UCI found that 20 percent had watched at least part of a beheading video, while 5 percent said they had watched an entire one.

"The individuals who ... had expressed they were fearful of terrorism were in fact those most likely to seek out their content. I don’t believe people necessarily knew what was motivating them. Some people said they were curious. Some said they wanted to know if it was real. Some said others asked them to watch it," said Prof Silver.

"Some people who had sought out the videos in my study indicated they wish they had not. They saw images they couldn’t 'un-see'. The majority shut it off because it became too intolerable," she said.

Prof Silver warns that even news media that doesn't show gruesome images may still feed the appetite for them.

"They may still be culpable for individuals seeking to view this content," says her recent paper.

"By constantly discussing horrific videos on the news - as was done with the ISIS beheading videos - news programs may inspire fear and draw individuals’ attention to these videos," the paper concludes.

But surely media have to acknowledge the existence of the material if it’s newsworthy?

"I have rarely seen responsible news media warning people that these images can do harm. The goal of terrorists is to instill fear we’ve actually played into the hands. I think there’s an important to understand there’s no psychological benefit to seeing graphic gruesome bloody images hearing people scream," she told Mediawatch.

"Responsible journalism can involve both informing people of the consequences of seeing these kinds of images ... and also conveying that doing so plays into the hands of those whose goals are to inspire fear," she said.

"In the case of Christchurch, we don’t really understand very much about who is posting these [images] and it’s a really interesting question," she said.

The findings from her UCI study suggest that people afraid of horrific violence in the world may be drawn to graphic coverage of these types of events, which in turn may only exacerbate their fears. If these fears then motivate individuals to seek out more graphic coverage, they "may find themselves locked in a spiral of fear".

How to prevent that is now a focus of her work

Prof Silver also the co-author of a new study to be published this week called: Media Exposure to Mass Violence Events can Fuel a Cycle of Distress.