Reporting Islam before and after 15/3 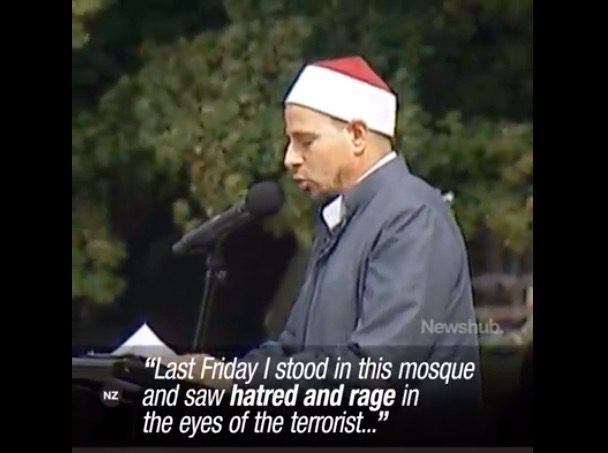 The speech by Imam Gamal Fouda of Al Noor mosque delivered just a week after the Christchurch massacre was a remarkable celebration of love, compassion and unity.

This terrorist chose to tear our nation apart with an evil ideology which has torn the world apart.  But instead we have shown that New Zealand is unbreakable and that the world can see in us an example of love and unity. We are broken-hearted but we are not broken.

But Mr Fouda didn’t shy away from criticising those he believes helped pave the way to the massacre of 15 March 2019.

The martyrdom of 50 innocent people and the injury of 42 last Friday did not come overnight - it was the result of the anti-Islamic and anti-Muslim rhetoric by some political leaders, some media agencies and others."

Freelance journalist Saziah Bashir is among those who have joined Mr Fouda in his criticism of the media.

"Muslims have been dehumanised and demonised in the media the world over since 9/11. The failure to include Muslim voices in this narrative has left unchallenged the stereotypes painted of us, as if we are a two-dimensional monolith, a single monstrous Other," said Ms Bashir, writing on RNZ's website four days after the massacre.

And there's plenty of hard evidence of skewed media reporting both here and overseas. 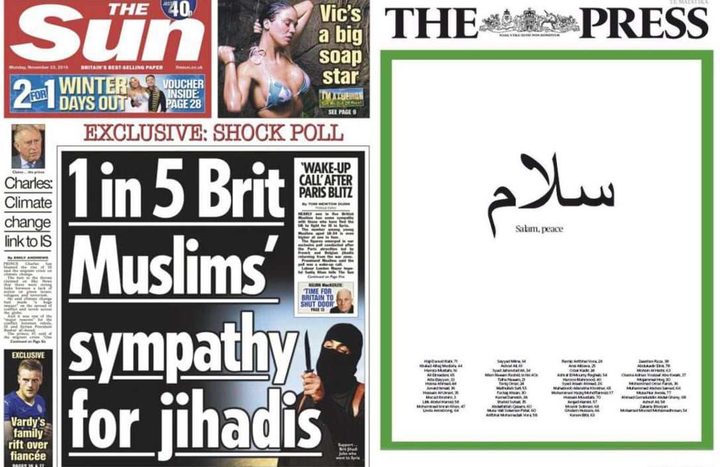 An article in the Guardian last week cited 2007 research that found 91 percent of stories about Muslims appearing in a single week were negative. A 2011 study carried out over three months put the figure at 70 percent.

Australia’s Muslim One Path Network carried out research last year with similar results. It examined the 2017 coverage of Islam in five Australian newspapers owned by Rupert Murdoch's News Corp and found "almost 3000 articles that referred to Islam or Muslims alongside words like violence, extremism, terrorism or radical."

"We also found 152 front pages over the year that featured Islam in some negative capacity. A lot of the time, these articles and exclusives were the featured item, the most important story for selling the newspaper."

Support for that negative coverage goes right to the top. Mr Murdoch – who has an ownership stake in vast swathes of the world's media including The Wall Street Journal and Fox News – in 2015 tweeted:

Maybe most Moslems peaceful, but until they recognize and destroy their growing jihadist cancer they must be held responsible.

The situation in New Zealand

In 2017 the New Zealand media featured 14,349 stories that included the word Islam - nearly 13,000 of those stories mentioned either terrorism or Islamic Jihad. 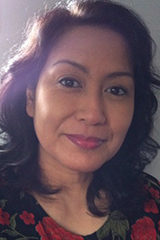 The statistics are from an academic article, Representations of Islam and Muslims in New Zealand Media, by Khairiah Rahman and Azadeh Emadi.

There appears to be a growing misconceived hatred for a faith supported by 1.5 billion of the world’s population, but more importantly, this destructive trend is promoted by the media, consciously or not, and has the potential to ultimately cause an unnecessary and irreparable rift in civil society.”

Ms Rahman - a lecturer in media studies at Auckland University of Technology - told Mediawatch that in 2017 for every New Zealand-produced story that mentioned Islam, there were seven that mentioned Islamic terrorism. And the ratio in overseas newswire stories was even higher.

"We found that stories tend to be more fair and balanced when Muslim voices are represented. And they tend to be negative or confused in their treatment of Muslims and Islam when the Muslim voice is absent or manipulated," said Ms Rahman.

She said virtually all of the stories mentioning terrorism or jihad lacked a Muslim perspective.

But things have changed dramatically since the tragic events of 15 March.

"In the last week... the New Zealand media did actually make a difference.  I think they're leading the way. It's not just about Muslims or Islam or Islamophobia, but it's about representation of diversity and the different voices in societies where there is predominantly one sort of culture," she said.

"The coverage has been incredibly sympathetic. I think a lot of the media has done really well and has been really generous in opening up those spaces and giving those spaces to Muslim voices.... myself included," he told Mediawatch.

Mr Hassan, who now works for Turkish public broadcaster TRT World, said it had taken the media "a very long time to figure out how to talk about terrorism when those involved in it are of a Muslim background."

He said there were a lot of media outlets that completely ignored Muslim voices.

"Every time you have a terrorist attack, as a media organisation you have a panel of five experts talking about Islam, none of whom are Muslim, none of whom come from those communities. So everything they say, there's no rebuttal to," he said.

"This week has been a really great case study of how to deal with issues that involved the Muslim community.

"Now that there are these Muslim who have been presented and have had their say - all of them are very eloquent, all of them are amazing representatives for their community, and they're trusted... (it's important) these voices are not forgotten when the time comes and there's an issue that involves the Muslim community." 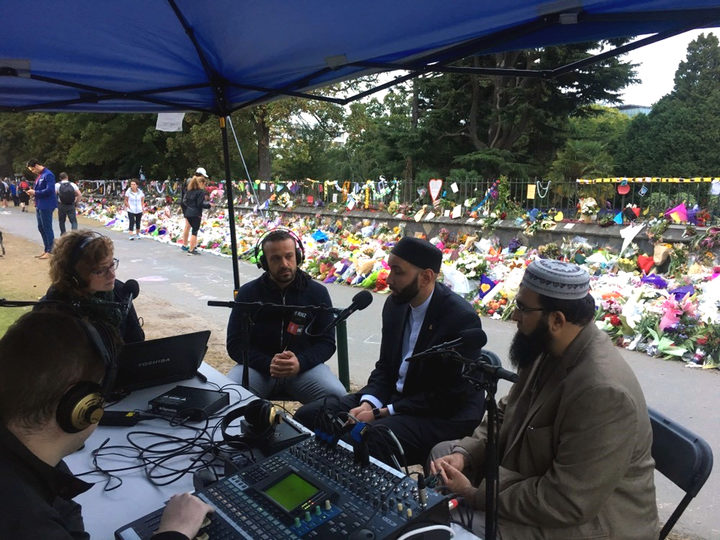 Mohamed Hassan's Public Enemy podcast deals with realities of living as a Muslim in the post-9/11 world.