Banning the gunman’s so-called manifesto was a controversial call by the Chief Censor last week. It has divided opinion among the media over whether they should delve into it - and just how much of it the public needs to know. 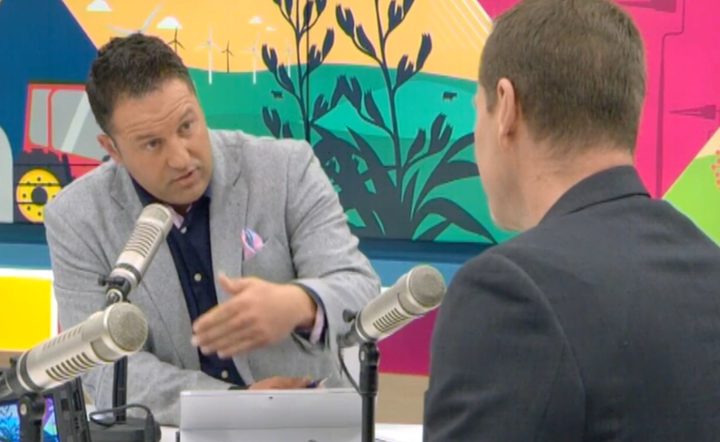 Duncan Garner asks the chief censor why he banned the manisfesto. Photo: screenshot / AM

Chief Censor David Shanks was pretty blunt when he called the Christchurch attacker's so-called manifesto "a crude booklet that promotes murder and terrorism."

It’s now officially “objectionable” meaning it’s illegal to have the 78-page screed or share it.

The ruling allows bona fide reporters, researchers and academics to consult the manifesto and to write about it but they have to apply for an exemption and cough up a fee of $102.

The Free Speech Coalition reckons all New Zealanders should be free to read it to better understand both the specific crime and “the nature of evil” in general.

Last week, the Coalition - formed last year in response to Don Brash getting the brush off from Massey University and two visiting far-right provocateurs from Canada being shut out of Auckland Council venues - condemned the ban as an "improper use of censorship.”

“For the same reason we don’t ban Mein Kampf, the manifesto should not be driven underground,” said a Coalition statement.

It plans to challenge the Chief Censor's ruling on the manifesto in court and on Newstalk ZB last Monday Coalition member Jordan Williams said they’d be testing it in another way too.

“The FSC has contributed to an overseas publication that is going to be analysing the manifesto. It is a widely-published international magazine. If it's available in New Zealand then the Censor is probably going to ban it. New Zealanders should rightly ask if that's appropriate," said Jordan Williams on Newstalk ZB.

When Free Speech Coalition member David Cumin appeared on Three’s AM show, host Duncan Garner said he agreed with the group  - and its comparison with Hitler's book from 1925.

But David Shanks told Duncan Garner this manifesto was no Mein Kampf.

"This is a dangerous document in the hands of its intended audience. This is aimed at particular people who are susceptible to be radicalised and to commit further acts of violence," he said.

“It exhorts people - directly exhorts people - to kill and commit acts of mass terrorism specifically, and tells them how to do that. It's a fine line, but we have that line prescribed in law," he said.

But the distinction between the manifesto and Mein Kampf is pretty clear.

Hitler’s book influenced many people, gave momentum to the rise of fascism and then the greatest global upheaval of the twentieth century.

The manifesto of the Christchurch gunman appears to be a copycat cut'n'paste combo of paranoid provocation mostly scraped from elsewhere on the internet.

Wellington public law specialist Graeme Edgeler was another who said last week the manifesto ban went too far after Chief Censor David Shanks released the full reasoning this past week:

"The decision appears to be wrong, and if any journalist or news media organisation wants help challenging this decision before the Film and Literature Board of Review, I am happy to offer mine," he said.

It's not the first terrorist-related material has been censored.

Under the headline The terror publications you didn't know the Censor banned Newshub's Dan Satherly reported last Tuesday that 41 publications have been classified as objectionable in the 25 years since the current law was passed.

They were all published by Islamic State and al-Qaeda - and banned without pushback from free speech campaigners or protest from the media.

But while free speech advocates are concerned about over-reach now, banning the manifesto also divided opinion among the media.

“Is it a wise move for a bureaucrat to decide the manifesto is of so little value in understanding how to prevent another atrocity  that its dissemination is best left to a small, privileged group of New Zealanders who can interpret it on behalf of everyone else?” said Metro magazine journalist Graham Adams on Bauer Media’s website Noted.

He also noted that the Chief Censor’s ruling said this about reporters quoting bits of the manifesto from previously published reports elsewhere in the media;

“Use of excerpts in media reports may not in itself amount to a breach of the Films, Videos & Publications Classification Act  -- but ethical considerations will certainly apply.”

Graham Adams also pointed out the manifesto is being taken seriously by the media overseas - especially in Muslim majority nations - because of the quasi-historical scenarios which seems to have triggered the author.

These also crop up in other white supremacist, racist speech and literature - and even in some countries' mainstream politics. 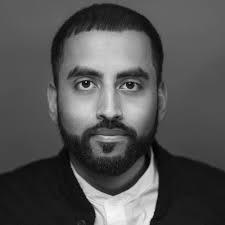 On the podcast Intercepted  four days after the attacks, Murtaza Hussain  - a journalist for the US-based online outlet the Intercept - talked about why he delved into the manifesto in depth even though he didn't want to at first.

“I think it’s very important to engage deeply with what these people are saying whether it’s ISIS or individuals such as the New Zealand shooter to not just dismiss this as some crazy talk and put it aside. We have to take it very seriously,” he said.

Having read the document, this was Murtaza Hussain's conclusion about the author:

“The very key to Tarrant’s worldview is that people are not in the right places. So, if you are the wrong skin color or if you are brown skin or black skin and you’re living in the United States or living in France, you somehow have gotten separated from your true home. What he wants is to sort people back into where they belong and using violence absolutely, if necessary. But the idea that we any of us have a real home to go back to is — other than the place that we live or grew up — is completely spurious. So, what he’s asking for can only be genocidal. It doesn’t make sense to anyone who’s engaged with the world more deeply than he has.”

Murtaza Hussain had plenty more to say about what he found in the so-called manifesto, which is freely available where he lives in the US.

But what bothered Murtaza Hussain most was not the evil beliefs in it, but echoes of them “in more polite forms from other people in the news and in politics.”

The #Christchurch killer took inspiration from “Le Grand Remplacement” - which became a rallying cry for anti-immigration extremists. This explores what that is and who created it - https://t.co/3NubxkTVC1

Just one month earlier he had made a radio programme with the BBC’s correspondent in Hungary, Nick Thorpe.

Author Thomas Chatterton Williams told him this Hungarian policy was linked to the “Great Replacement” scenario from France which has stoked global far-right fears about European Christians becoming outnumbered by immigrants.

Much of the manifesto targeted Turkey, and it’s being taken seriously there - especially by the President.

Here in New Zealand, some media haven't shied away from reporting back on the forbidden manifesto.

The weekend after the attacks, The Herald on Sunday reported in depth on the man now charged with murder with reference to his freshly-banned manifesto.

“People are searching for answers to New Zealand's most horrific act of terrorism The alleged gunman is part of this story and we can't shy away from that. It doesn't give his abhorrent views a platform,” said the paper.

Referring to the manifesto and livestream video was "important to build a picture of his motivations” said the Herald.

"Ban it, fire every copy into the sun, it's a waste of time,” he said on Twitter.

Stuff journalist Paula Penfold also agreed with the ban on RNZ’s Panel last week and The Press in Christchurch dismissed the argument that banning the manifesto stifles debate or impedes understanding of evil.

“With respect, that debate has been underway since late afternoon on March 15 and will likely continue for years,” it said.

The Press also said the ban might help because people possessing the manifesto may open themselves to further investigation just as they do with other forms of objectionable material, like child pornography.

Summing up, The Press said this is a case where New Zealand can be “intolerant of the intolerant.”

That was a nod to acclaimed philosopher Karl Popper a leading academic who lived in Christchurch during World War II.

In July 1927, Karl Popper witnessed a massacre in Vienna, Austria where he lived at the time.

Police fired into crowds of left-wing demonstrators and 89 people died.

Karl Popper came to Christchurch via England in 1937 to teach philosophy and wrote The Open Society and its Enemies.

That book was published in 1945, the year fascist forces were defeated in Europe.

Much more useful reading probably in the wake of March the 15th than the gunman’s manifesto.