While TVNZ was clearing out four hours of prime time to air a heavily-hyped documentary about Michael Jackson's alleged crimes against children, radio networks here quietly eased his music off the air. It shows the power of social media to spread and shape opinion across borders. 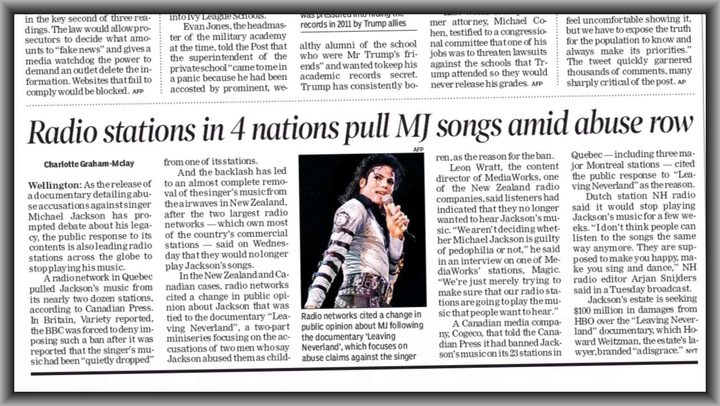 Broadcasters all over the world have been clearing primetime hours this week to show Leaving Neverland, the headline-making four hour-long HBO documentary about the dark side of so-called King of Pop.

Variety reported unprecedented global demand for a documentary - especially one so long.

UK viewers saw it on Tuesday and Wednesday on their Channel 4. Channel 10 in Australia scheduled it on Friday and Saturday.

In advance, The Australian newspaper described it as "legacy-destroying".

"If you had any faith left in Michael Jackson, after this, you’ll never look at him the same way. Nor will you listen to his music the same way," the paper said.

You're less likely to hear it on the radio in future anyhow.

According to The Times in the UK, BBC music stations quietly shelved his songs on the day Leaving Neverland first screened in the US. Some stations in Canada banned Michael Jackson tunes explicitly citing the new documentary as the reason.

The most comprehensive blackout, however, came to light here in New Zealand this week.

On MediaWorks' station MagicTalk on Wednesday, Peter Williams asked his boss Leon Wratt if Michael Jackson was still part of the mix for MediaWorks.

"We haven't been playing MJ music for a little while so it's not a big concern for us," he replied.

But what about stations like MagicTalk's sister station Magic FM  and others which play classic hits? Michael Jackson was pumping them out in the '70s, '80s and '90s?

"Radio programmers are really conscious of what the audience wants to hear ... and with something as controversial as this [the documentary] we're certainly going to err on the side of caution," he added.

MediaWorks' big rival in commercial radio NZME reached the same conclusion. Between them the companies own almost all the country’s commercial music radio stations.

The same day NZME announced no more Michael Jackson on its stations like ZM, The Hits and Flava.

NZME’s nzherald.co.nz broke the news under this headline: Why you won't hear Michael Jackson on NZ radio anymore.

But the story didn't really explain why.

"Playlists change from week to week and right now Michael Jackson does not feature on them," NZME director of entertainment Dean Buchanan told the paper.

The rest of the story was all about Leaving Neverland, but it made no connection between that and the announcement.

"What are we going to go with the family's CDs?" RNZ's Wallace Chapman mournfully asked his guests on The Panel on Tuesday.

He needn't bother giving them to RNZ.

So New Zealand radio has suddenly become a Michael Jackson free-zone at several stations. Any Jackson fans unmoved by the new documentary are out of luck. 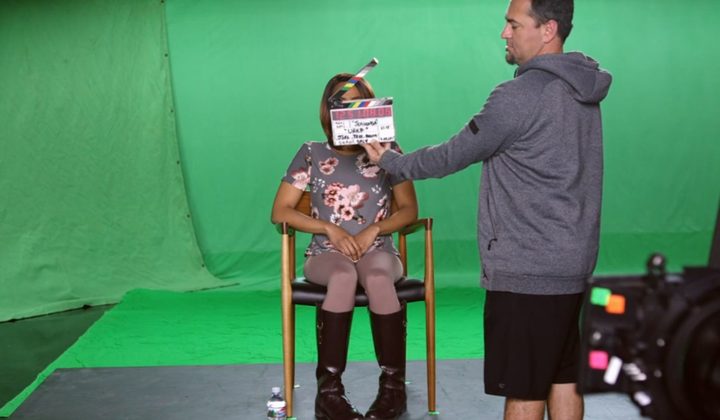 A month ago RNZ's Music 101 posed the question: Can we still listen? to musicians accused of terrible crimes.

"People now know the media are interested and they will be heard," Ms Zemke said.

"People are interested in listening to their voices - but not in a ghoulish or scandalous way. We're in this social media era of #TimesUp and #MeToo so if mainstream media don't think anyone is interested in the story, social media will circulate it," she said.

None of New Zealand's radio broadcasters explicitly admitted banning Michael Jackson's music - or excluding it from the airwaves - because of the documentary's revelations (which have been rejected by the Jackson estate).

But in a Newshub opinion piece on Thursday, MediaWorks’ Leon Wratt made it clear that's what happened.

"With Leaving Neverland about to air our job is to anticipate what the audience sentiment will be. The decision was made about three weeks ago - and yes, of course we were anticipating the reaction to the documentary".

It is fair to assume most listeners probably wouldn’t want to hear the music of a person they believed to be a paedophile, whether a court had convicted them or not.

But radio programmers here could have pulled Michael Jackson’s tunes anytime after he went on trial for crimes against children in 2005 - or anytime after more recent allegations surfaced.

Instead, they have shelved his songs now for fear of alienating people who haven’t yet seen the damning and detailed documentary, but who have reacted to what they've heard about it from the news media - and social media.