Cancer and the unbearable asymmetry of BS 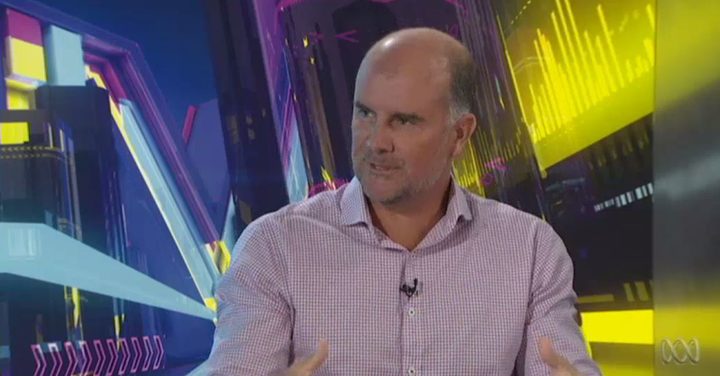 A major cancer conference in Wellington attracted experts from around the world but Mediawatch's Jeremy Rose argues some media coverage was anything but world class.

The media's almost insatiable appetite for miraculous cancer cure stories was on full display late last month when news outlets around the world uncritically reported an Israeli biotech company's claim that it would have a cure for all cancers by the end of the year.

Responding to the story on the ABC's current affairs show The Drum, cancer scientist Dr Darren Saunders said it was a classic case of "the unbearable asymmetry of bullshit.

"That's a story like this one. It gets a huge amount of attention, a huge amount of press. It builds up a whole lot of false hope for patients that are dealing with horrible disease. And then people like me the next day have to come and try and hose it off. Throw cold water all over it. It takes ten times as much effort to hose it down as it does to generate this hype in the first place."

Locally the New Zealand Herald and Newshub websites both reported Accelerated Evolution Biotechnologies claims.  The Herald quoted the company's chairman, Dan Aridor, as saying: "We believe we will offer in a year's time a complete cure for cancer. Our cancer cure will be effective from day one, will last a duration of a few weeks and will have no or minimal side-effects at a much lower cost than most other treatments on the market."

Childhood cancer survivor and cancer scientist Victoria Forster was one of the many experts around the world 'hosing down the bullshit' as the story went viral. Writing on the Forbes Magazine website Dr Forster said hearing about 'cancer cures' with little or no evidence was nothing new for healthcare professionals dealing with disease.

"We are used to fielding questions about everything from baking soda to lemons curing cancer, often from desperate cancer patients or their families. It is frankly, heartbreaking."

Dr Forster said the claim of a single cure for the more than 200 different types of cancer should have set off alarm bells.

And those alarm bells should have been clanging on Newshub's AM show last week when host Duncan Garner declared: "If I got cancer today I'd find some money to have that drug to basically re-boot my life."

No, Garner wasn't referring to the Israeli miracle cure but Dabrafenib a drug that earlier in the programme melanoma survivor Leisa  Renwick had said saved her life. "I was literally on my death-bed and the next day I was standing up."

Anyone listening to that interview would have been left with the impression that Dabrafenib – which New Zealand’s drug buying agency Pharmac is yet to approve – is close to miraculous when it comes to curing melanoma - if not all cancers as the AM host seemed to be suggesting.

So why hasn’t it been funded? Well, according to the publicly available minutes of the Pharmac specialist committee that considered the medicine for funding: "Dabrafenib provided a small, 2.4 month, increase in progression free survival compared with [the currently funded] dacarbazine.... The Subcommittee considered that the magnitude of benefit was disappointing and the price being requested was very high for such benefit."

No doubt there are well informed specialists and cancer survivors, like Leisa Renwick, who would take issue with that assessment of the drug's efficacy but it's a long leap from there to suggesting terminally ill cancer patients could "reboot" their lives by forking out for it. 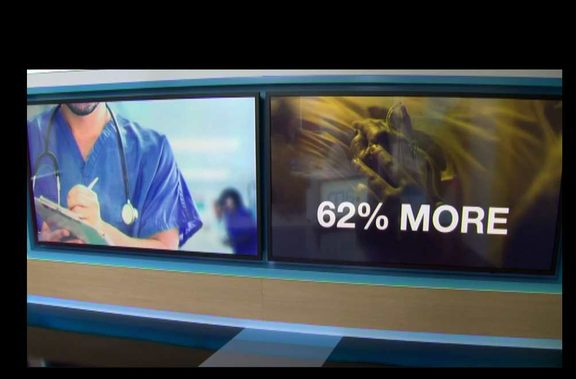 Later that morning Duncan Garner declared that New Zealand's cancer rate was "62 percent higher than the world average. Why is that?"

That question was neither asked nor answered in the following interview and it’s hard to know exactly what he was referring to.

A recent global study did find that New Zealand was behind only Australia in terms of the number of cancers per 100,000 people. But the same study found that Syria had the lowest rate of cancer in the world.

Countries with high life expectancy and good screening programmes, for obvious reasons, have higher rates of cancer than those that don’t. The fact that New Zealand has nine times as many diagnosed cases of cancer than Syria isn’t a sign that that war ravaged country is winning the battle against the disease.

A more relevant measure in terms of how the health system is dealing with cancer is survival rates. And a recent international study of cancer survival rates– Concord 3 – found that: "For most cancers, 5-year net survival remains among the highest in the world in the USA and Canada, in Australia and New Zealand, and in Finland, Iceland, Norway, and Sweden."

Over the following week the AM Show featured interviews with two visiting experts who both said that New Zealanders with certain cancers are dying earlier than their counter-parts in some other countries and part of the reason for that is that some expensive new cancer drugs aren't publicly funded here.

It's an important debate. But it was a very one-sided debate on the AM Show. Duncan Garner had made up his mind that  Pharmac was unreasonably denying access to drugs telling one interviewee: "It's almost negligence on behalf on the agency in terms of New Zealanders lives."

In an on air editorial on Monday he said New Zealanders should be "outraged", they were being "shafted" and given "third" rate drugs and it was time for Pharmac to be reviewed.

But viewers of the AM Show didn't get to hear from Pharmac or any of its many supporters in the health sector.

If they had they would have heard a very different story. Otago University professor of public health Nick Wilson, for example,  told Mediawatch he would welcome a review into New Zealand’s drug buying agency.

"A Review of Pharmac would be good – as it is the envy of the world and a well-publicised report could encourage other countries to adopt such a model. Some of these other OECD countries are wasting billions of dollars a year because they don’t have a Pharmac equivalent. Tax payer funds saved by Pharmac allow for investment in other parts of the health sector – which is a big plus."

In his weekly Saturday column for STUFF Duncan Garner doubled down on his claims that New Zealanders were getting "the world's third best drugs at best." He wrote that Pharmac acted like a secret society that was above the law and it was denying New Zealanders life-saving drugs that were available at minimal cost.

"We are fast becoming the place not to get cancer," he wrote. "Get cancer here and there's no hope. We send you to an early grave." He offered no evidence for any of those claims. (As we've heard a recent study found New Zealanders was among the world leaders in terms of cancer survival rates. We're doing better than many countries that are richer than us.)

Cancers and their treatments is a complicated and emotionally charged topic. Ramping up the rhetoric, demanding outrage, and falsely claiming that "that there's no hope" for cancer patients in New Zealand is not just shoddy journalism it's unfair to the country's cancer sufferers, their families and friends, and the many health professionals who do a world-class job caring for them.