Newshub aired an interview with a member of the notorious Roastbusters this week. Joseph Parker turned out to be partly penitent but more concerned about himself than his victims. Was it worth putting on air? 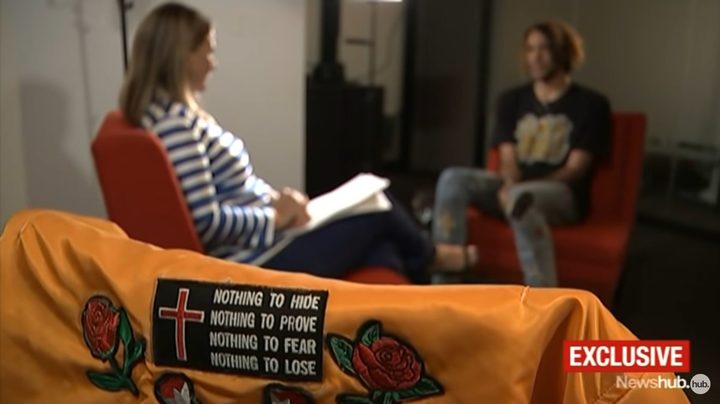 Joseph Parker being interviewed by Karen Rutherford for Newshub. Photo: screenshot / Newshub at 6

“He was one of the most despised young men in New Zealand. Tonight former Roastbuster Joseph Parker breaks his silence,”  Newshub’s Mike McRoberts told Newshub at 6 viewers last Monday.

The exclusive interview had been heavily promoted by MediaWorks. “You will not want to miss the news tonight," Duncan Garner urged the AM show audience that morning.

The exclusive interview by Karen Rutherford - who broke the original story back in 2013 - was to run over two nights, raising expectations Joseph Parker would have significant stuff to say.

He and his fellow Roastbusters were investigated for sex with underage and intoxicated girls and young women, some of who they named and shamed on social media.

They were not charged on the grounds that a conviction may not have been secured, and the police investigation was later criticised when it was subsequently investigated.

So there was certainly lots of legitimate public interest left in this case and in what Joseph Parker might have to say about what happened five years ago.

But some didn’t think Newshub should have given him the opportunity.

“Why are they dragging this all back up?  It brings back too much for too many,” New Zealand's best-known advocate for victims of sexual violence Louise Nicholas told MediaWorks' Magic Talk station shortly before part one aired on Monday.

MediaWorks must have known putting a Joseph Parker 'exclusive' on the screen would be controversial.

The company stood down radio hosts Willie Jackson and John Tamihere during the Roastbusters scandal in 2013 when they grilled a teenage victim live on air. Their inappropriate questioning of her sparked a social media-driven boycott which drove away advertisers and spooked MediaWorks.

But the company seemed unprepared for the criticism that followed this week's scoop.

In Monday's report, Joseph Parker spoke in simple and not particularly revealing platitudes about his past.

His response when Karen Rutherford told him two of the victims had considered suicide when the story broke five years ago was simply to sigh heavily and say it didn't “sit well” with him - but he was clearly not willing to incriminate himself by owning up to anything illegal now.

"We did a lot of things wrong but at the same time we also weren't the monsters that everybody thought that we were, and we didn't do all the things that people thought we did," he told Karen Rutherford.

Police had all the details from their investigation, but didn't prosecute "for a reason," he said pointedly.

But he was not pressed on precisely what he was admitting to  - and what he knew was at best wrong and at worst illegal.

Within half an hour of part one airing on Monday, journalist Jess McAllen pointed out on social media Joseph Parker had posted fresh online video seeking crowdfunding for his music -- raising the suspicion he saw the interview as a promotional opportunity.

ok maybe this is why roast buster joseph parker is doing the promo spot on newshub? https://t.co/GGZLMBewyF

There was also a rambling recording online in which Parker talked glibly and ambiguously about his Roastbusters past, and a song in which he said he felt “liberated” when he relocated to the US four years ago.

None of that was addressed in Newshub at 6 on Monday.

In an online article posted soon after with the heading:  Why give Joseph Parker a voice? MediaWorks chief news officer Hal Crawford said Parker's donation pitch went online after the Newshub interview was taped.

He said Karen Rutherford had kept lines open with several parties over the past five years.

“This is what good reporters do. None of the perpetrators has ever spoken on camera. In staying in contact, Karen knew she would eventually be able to 'close the loop' on a story that had hit a national nerve,” he said.

The next night, in part two of the scoop, Karen Rutherford confronted Joseph Parker about capitilising on his controversial past for his mediocre music.

In response, he gave denials and claimed he was now a changed and chaste Christian man, but again he said little about the alleged crimes against young women or the culture which fostered the Roastbusters.

“We must seek information about matters of public interest even from those we disagree with - and even despise. We cannot limit our news to only those whose actions we condone," Hal Crawford wrote.

"Hearing a voice from within the Roastbusters was important," he insisted.

But whether it was really worth broadcasting what he ended up telling them is another matter.

Putting the Roastbuster on air opened a can of worms, leaving Newshub open to criticism that they were giving him what he wanted against victims' wishes.

“Whether Parker is sincere in his apology and spiritual awakening is a judgement that I will leave to you - a judgement you would have been unable to make had he not been interviewed at all,” Hal Crawford said, signing off his online piece.

But - bluntly - who cares about the sincerity of his spirituality? 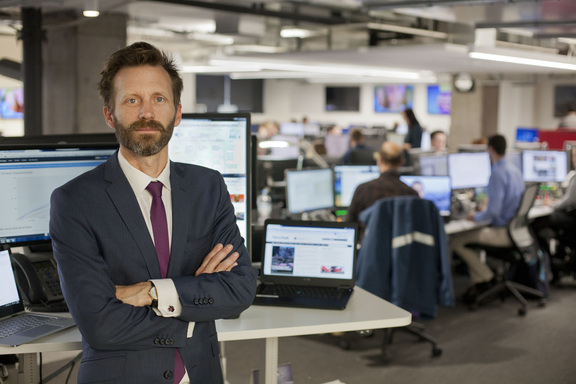 Hal Crawford urged readers to watch the extended interviews with Parker available online, which he said “provides a better view of the guy.”

But all they really did was provide more evidence the born-again hip hopper was devoted to himself as much as his professed faith.

There was nothing which added to our understanding of the Roastbusters' rise and their impact on dozens of young women over several months and years.

But that also describes the response of some Newshub viewers condemning the broadcaster decision to air the interview in the first place - including one of the Joseph Parker's victims who told her story to The Spinoff this week: "I'm still living it"..

She said she was notified by a police text message on the day part one screened.

She resented Newshub’s focus falling on the Roastbusters and described it as "a missed opportunity".

“The story isn’t about how can we get justice, or how can we prevent this happening again, it’s still about them. Just like the last round of stories and the stories before that. There was a huge chance to talk about the culture that they have fallen prey to, but there was no conversation about any of the things that are the actual problems."

- 'Laura' on The Spinoff

It's a powerful response, and her account of her first encounter with Joseph Parker and co when she was 16 is chilling.

When The Spinoff put Laura’s account to Joseph Parker, he said he did not recall it and replied: “Have a blessed day.”

Joseph Parker was not confronted with any such specific incidents in Newshub’s exclusive interview. 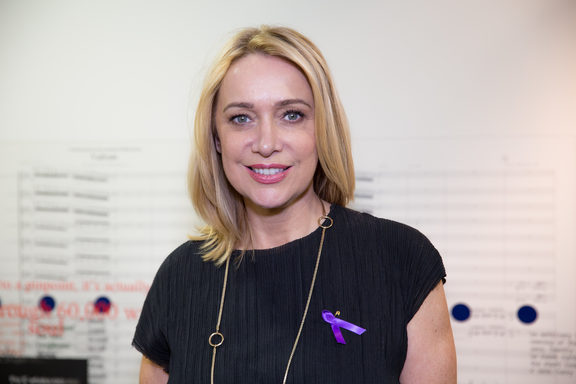 "It was an arrogant attempt to excuse himself," she said.

"There would not be many news outlets who would have turned down the opportunity to interview this man, but I would have done it a different way," she said.

She said it was cast by Newshub as an "apology" by Parker when in fact he never made an explicit apology to victims.

She pointed out there are guidelines for reporting (PDF) which "lay out a careful path for reporters to protect survivors from revictimisation as much as possible."

She said Karen Rutherford is a compassionate and experienced reporter well-placed to handle Joseph Parker's request to be interviewed.

"She didn't let him off the hook," she said, repeatedly asking him if he was sorry on behalf of victims, but the questions and his obfuscation were edited out.

But "stringing out" the interview over two nights was a mistake, she told Mediawatch, and she said Hal Crawford's online explainer was "unhelpful".

"A lot of people took exception to his claim that Joseph Parker's voice was important," said Alison Mau.

"A lot of people saw those Facebook videos and the swagger of those guys at the time. Yes he was never charged, but he leaned very heavily on that and I don't think he was challenged on that in the interview," she said.

"The focus on Parker was overwhelming. When you stitch a longform current affairs story together, there's the opportunity for context. That what it could have benefited from," Alison Mau told Mediawatch.

Joseph Parker is now an adult whose exploitation of young women as a teenager has been investigated by the police and caused what Karen Rutherford called "an avalanche of disgust" in 2013. Newshub's interview revealed how limited his insight seems to be even now. Is there some value in that made plain?

"Yes I think that's instructional for us all. Those young men might have been quite surprised to find out how much lifelong damage they had caused," she said.

"You would expect a young man that had done wrong might after five years have wanted to make a gesture of contrition - and he really didn't," said Alison Mau.