There are around three billion phones in the world that can shoot and send video. HashtagOurStories is a network of citizen journalists to capture stories most media miss with their phones. 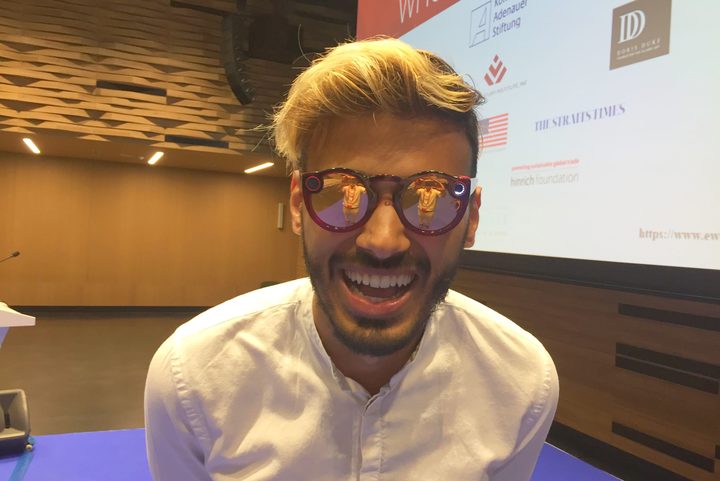 'Disrupted Journalism' was the theme of the national get-together of journalism teachers and scholars in Wellington this week.

One thing that’s disrupted newsgathering  in recent years as much as anything is the smartphone.

As cellphone cameras have become more common over the past decade so has the news harvested from videos shot by someone somewhere out there and posted online.

Radio Live’s Long Lunch show last Tuesday and Morning Report the following day made news out of two separate instances of animal cruelty in Taranaki - a kitten subjected to marijuana smoke and a possum punched in the head respectively.

In both cases, the evidence was in videos posted on Facebook.

A decade ago hopes were high that ‘citizen journalism’ - people on the outside of the media business who create news and content  - could give the mainstream media a run for their money.

Overall, the reality hasn’t fulfilled the promise so far. Users and the media alike have been seduced by the power of ‘viral video’.

Mobile Journalism - MoJo for short  - is “a form of digital storytelling where the primary device is a smartphone, increasingly used by journalists for radio news and podcasts, and video for TV news and documentaries as well as videos for social platforms.”

The Journalism Educators Association of NZ conference this week was addressed via Facebook Live by a mobile journalism innovator based in South Africa and focused on capturing personal stories most media miss from parts of the world that are under-covered.

Yusuf Omar was formerly a social media reporter for CNN and digital editor for the Hindustan Times newspaper, using tech to connect with 750 journalists across in India and overseas.

Working for big outlets, he discovered that even with the best equipment available the best stories and content could be captured most effectively and easily with mobile phones.

Under the name HashtagOurStories Yusuf Omar and his team have assembled “a global network of mobile video storytellers” for the past two years. 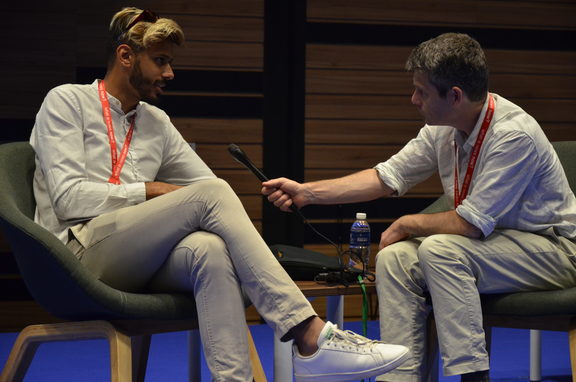 "At the moment we are in an age where everyone is trying to curate user-generated content. We're all going online and using the viral videos but if you're doing that and your competitor is doing that, where is the value?" he told Mediawatch.

"If you cultivate communities to tell their own stories, you find stories that are not represented by the diversity of your newsroom, that the (news agencies) don't have access to - you end up with something unique that stands out," he said.

Yusuf Omar talks a good game and travels the world evangelising the power and potential of MoJo.

He conceded many of the stories created this way are going to be obscure or irrelevant outside those communities - but not all of them.

"You could have somebody in Delhi who's got an innovative solution for potholes and apply it to Auckland," he said.

His favourite example of HOS having an impact was a campaign kickstarted by 20 waste pickers (rubbish recyclers) in Delhi trained to document their work with Instagram’s Stories.

"Garbage collectors have a status and class different to many Indian journalists and they don't get featured in the media," Yusuf Omar told Mediawatch.

"They didn't produce anything for ten months. I thought they didn't care about it," he said.

But when the Indian government introduced GST on recyclable plastic they took up their phones.

"Out of nowhere we started seeing the hashtag 'GSTwaste' pop up on our social media timelines. When nobody was listening to them, they used their cameras to communicate," he said.

"The next billion people to come online will not necessarily be using QWERTY keyboards or even voice," he said.

"Their first input will be their camera and they will use it as a voice to address their problems. If media houses can understand that, they will understand the best stories won't come from reporters in the field but from groups curated on social media," he said.

Colin Peacock spoke to Yusuf Omar at ‘What is news now?’ - an international media conference hosted by the East-West Center which he attended thanks to a travel grant from the New Zealand Asia Foundation.