Mediawatch Midweek is our weekly catch-up with Lately. This week Colin chats to Karyn about new multimedia projects from the latest public media funding boost; ads intruding in podcasts; Mike mcRoberts dancing and where Paul Henry has been hiding - and how one jerk's twerk joke soured a soccer ceremony with sexism. 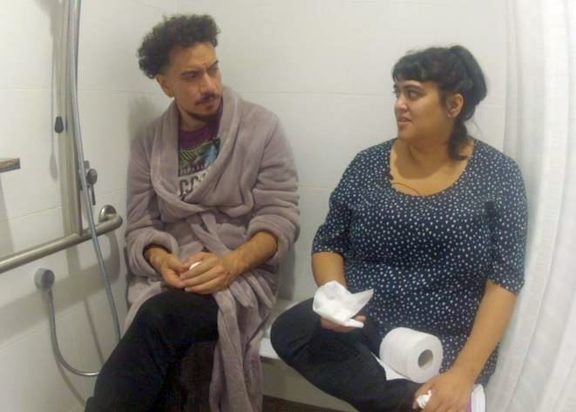 Eating Fried Chicken in the Shower - one of the multimedia projects to get public funding. Photo: Supplied

Earlier this year the government announced $6 million of new funding for public broadcasting would be tipped into a new fund to create multimedia content primarily for RNZ.

NZ On Air and RNZ jointly commission content but private producers could also bid for it along with RNZ itself to get projects off the ground.

42 applications were received for the Diverse Journalism category, four got the green light.

One of them is Daily Podcast described as “a podcast series that will analyse and interpret News and Current Affairs stories of national significance.”

The announcement says it will be produced by Newsroom.co.nz for RNZ with the budget yet to be confirmed. You’d think RNZ itself is perfectly placed to make a daily news podcast for very little - and something similar has just been launched without public funding by the Herald’s Frances Cook, called Front Page.

Other new projects that got the green light - and some money:

One is an animated history of NZ in 14 parts by RNZ’s William ‘Black Sheep’ Ray, and another a kids’ science podcast.

Ads intruding in your podcasts

You may have noticed a little message recently on the front of your RNZ podcasts telling you that you’re listening to an RNZ podcast - with a chirping bird. RNZ is trialling inserting ads in some podcasts inserted by a company called Acast.

Acast is a Swedish company that host other publishers’ audio and sells advertising around it to international and local advertisers. The BBC signed up with them for offshore advertising to its podcasts earlier this year.

RNZ’s charter says RNZ can’t run ads on its radio networks or websites, but other platforms can.

But why is RNZ doing it?

“RNZ is committed to making our content available to as many audiences as possible through a wide range of platforms. We will deliver content wherever, however and whenever audiences choose to receive it and this is another opportunity.”

It’s not the first time ads have appeared in RNZ content available online. Publishers such as Stuff and Bauer republish RNZ stories under the terms of their content-sharing agreements intended to increase the audience for - and availability of - RNZ content.

Will this annoy people accustomed to ad-free RNZ podcasts?

RNZ says you won’t hear an ad every time you listen to one of those podcasts. I’ve tried listening to some RNZ podcasts via Acast and I haven’t heard any ads yet.

Earlier this year Spark had ads voiced by the producers of podcasts for the UK's Guardian urging listeners to try other Guardian podcasts because the innovation and commitment to quality matched that of Spark. Definitely annoying . . .

But RNZ says RNZ staff will not make any commercial messages around their podcasts (or anyone else’s for that matter).

RNZ says every dollar made from advertising will go back into production.

US platform Anchor - which claims to “power 40 per cent of new US podcasts" - reckons spending on podcast ads in the U.S. will double to nearly $700m by 2020, but nearly all of that money is going to only the top-rating 1% of podcasts.

It’s just launched an automated platform to link podcasters to paying sponsors and helping them easily create custom advertisements which the host can read. 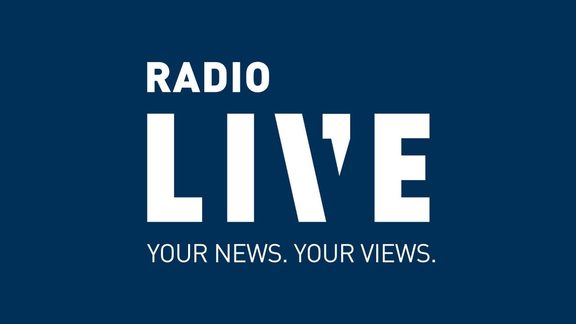 It was a rubber-stamp job really, but after ‘consultation’ MediaWorks confirmed its plan to close Radio Live in January, to be replaced by Magic Talk - a hybrid of classic hits and talk radio.

The company says it will aim at the 45+ age group and launch on January 19 next year.

It says almost 90 percent of the outpt will be talk radio across the week - but the only new ‘big name’ announced is veteran newsreader Peter Williams who leaves TVNZ at the end of the year.

14 years ago, world football’s top official at the time Sepp Blatter suggested more people would pay attention to top level women’s football if the players wore tighter shorts “like they do in volleyball”.

Have things moved on?

Every year,  the world’s best male footballer is honoured with the Ballon d’Or award at a glitterig ceremony in France. For the first time they chose a womens’ winner this year.Norwegian international Ada Hegerberg:

But that historic ceremony got awkward when the host asked her if she’d like to celebrate by dancing and asked if she know how to twerk.

"Sometimes it's really frustrating, I must say. Sometimes you have episodes or situations where you feel like, 'damn, we're in such a man's world'," she told reporters afterwards.

“I don't invite women to twerk but dance on a Sinatra song. Watch the full sequence. People who have followed me for 20 years know how respectful I am especially with women," said the DJ host Martin Solvieg apologised on social media.

That prompted a withering take-down from Guardian writer Marina Hyde, who said Solvieg was “the latest person to be filmed doing something in public that apparently doesn’t reflect who he is.”

Yup, “I especially respect women” is a close relative of “I love women” – that weirdo blanket statement embraced by men who prefer to homogenise everyone who shares the same pronoun. Guys, how can you love the entire classification “women”? Loads of women are horrendous, same as loads of men are.

Pro tip: guys in or out of the public eye who say: “I love women,” always turn out bad, or, more usually, have already done so.

This week The Guardian ran its inaugural list of the best 100 female footballers in the world in association with The Offside Rule Podcast.

New Zealand internationals Sarah Gregorius and former Fern Kirsty Yallop were among the judges. Twerking talents was not among their criteria.