Mediawatch Midweek is our weekly catch-up with Lately. This week Colin chats to Karyn about why the Irish are our rugby frenemies; how Beyonce stumped a radio host, the death of Radio Live, radio for one and . . . . another ZB Pacific Islands slur. 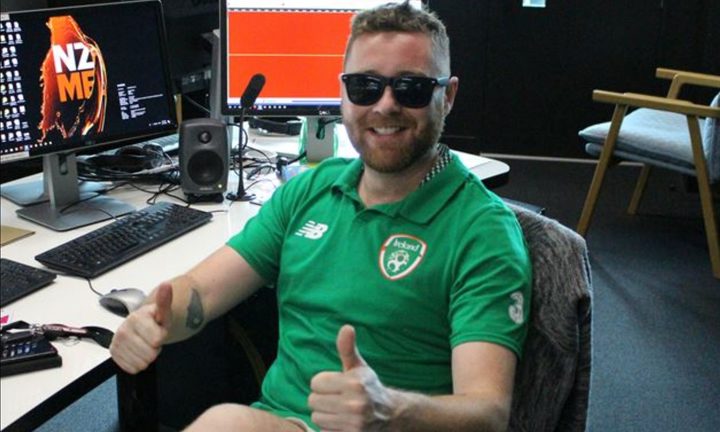 This week Papua New Guinea hosted APEC and ZB's Larry Williams has a not-too-nice opinion of the place.

Oh dear. Who's next? 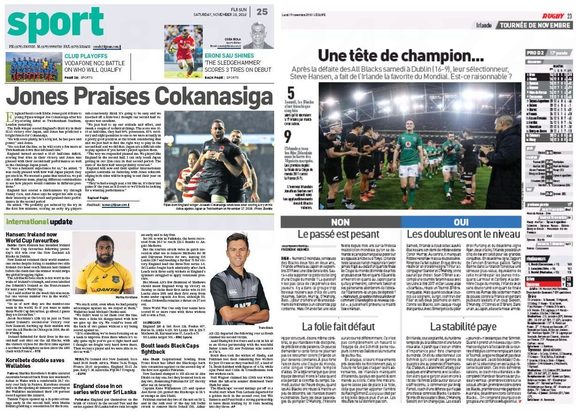 It's always an interesting story when the All Blacks lose - because it doesn't happen often and the media can go over the top about it.

A startling cartoon in the Dom Post (and other Stuff papers) had a shiny green clover growing out of a black bucket of smelly compost (or worse?) with a silver fern on it. Are the All Blacks compost - or worse? Bold call.

A staple reaction has been online pieces billed "The world's media react".

In the case 'the world' = England and Ireland. Even in most other rugby playing countries the result didn't make much news.

The Fiji Sun for instance was more concerned about how Fiji-born players in the Wallabies and England teams got on in the weekend. However, French sport paper L'Equipe weighed up whether Ireland could be considers the champs for the moment

The Irish media seem stunned that New Zealand pundits have also accepted the All Blacks may be second-best.

"All Blacks defeats are normally accompanied by a period of mourning, but this is different. When it comes to all matters rugby, New Zealanders might be arrogant, we might be entitled, we might be poor winners, but we know when we're well beaten. Ireland is the best side in the world. That is undisputed… for today at least."

Gregor Paul, also of the Herald, is another hailing Ireland as the unofficial number one. From the Aviva Stadium, he wrote:

"Ireland can now claim to be the best team in the world after producing a stunning performance that was brave, creative and relentless. They deserved the win and with it, they deserve to be seen as world rugby's best team even if the rankings don't agree."

Another Irish perspective from Irish comedian Alan McElroy on Newstalk ZB on Sunday. He told Kerre McIvor about a downside of being Irish in NZ -- confronting bad Irish accents and stereotypes.

He is not a builder riddled with chlamydia, he insisted. Good to know.

So from that I learned that its not clever to mock Irish accent but . . . .

The Irish Times  sports podcast Added Time held back from raving about the historic rugby win to mark the passing of a Radio Kerry commentator Wheeshie Fogarty.

His accent is incredibly strong. This is a famous clip of him talking about a colleague going to a Beyonce concert  - without knowing who or want Beyonce is.

Also online: a video of the last two minutes of the 2013 and 2018 tests in Dublin side by side. Freakishly similar but completely different results.

The death of Live 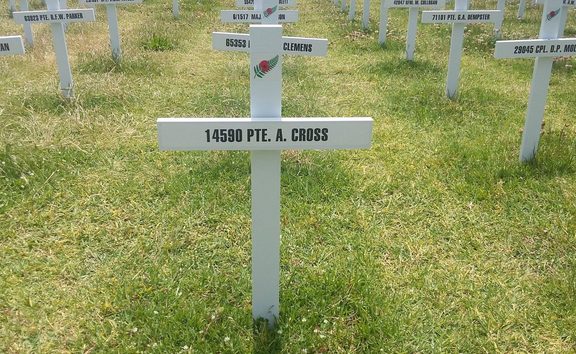 A cross for A Cross. Photo: Supplied / Facebook Graeme Hill

Last week MediaWorks announced the end of its talk radio station Radio Live. Next year classic hits station Magic will take over - and Karyn spoke to Mark Jennings about that in an enlightening interview.

The surprise news presented Live’s presenters with a challenge. Should they ignore the news in their programs or talk about it?

Night-time talk host Mitch Harris didn’t avoid the issue when a caller raised it with him.

The news websites seized on that. The Herald:

Radio Live itself took a different part of Mitch's show that night to put on the website - about the Bunnings sausage sizzle controversy. Chickens . . .

Another show to go from Radio Live which I will miss is Weekend Variety Wireless.

Host Graeme Hill tackled the news last weekend head on. Check out the line-ups on the Radio Live website or the podcast of the show to see  how much he packed in to 8 hours each weekend.

Graham is also good on the social media game.

Last Sunday he spent two hours two hours scanning through the entire 1918 array of Armistice Day crosses on the lawn at Auckland's War Memorial Museum to try to retrieve a relative’s one.

He found a cross for a Private A. Cross - and put it on Facebook.

“You're not supposed to laugh, sure, but this was just too delicious and I pray that the dude in question had a sense of humour as well, whomsoever you were, Mr Cross.”

Graeme has a sense of humour I will miss when he show goes west. Meanwhile catch it when you can.

If ratings was the reason for killing off Radio Live, there's a radio station that's been going for 44 years with the smallest possible audience . . .

Back in 1974, the BBC ran a news story about Deeks Duncan in the town of Stevanage - and his station Radio 77.

#OnThisDay 1974: "The station's entire audience has decided to go down the shops" Radio 77 held the dubious distinction of broadcasting to the smallest audience in the country. pic.twitter.com/xkUZnfAPpR

Deeks is still going - broadcasting to his wife.

After the BBC recently tweeted the video of that report from the archives, BBC regional station Three Counties Radio got him on air and made him an offer:

Back in 1974, Deke Duncan ran a radio studio in his garden shed which broadcast to just one person - his wife. His lifelong ambition was to broadcast to the whole of Stevenage

This morning he co-presented a show with @justindealey and there was a very special surprise... pic.twitter.com/PGVWLhuN2k