Mediawatch Midweek is our weekly catch-up with Lately. This week Colin chats to Karyn about a bold project putting youth front-and-centre in their own words; political conference coverage missing out the rank and file; robo-journalism on the rise; some seriously sustained sarcasm - and royal visit feedback 100 years apart. 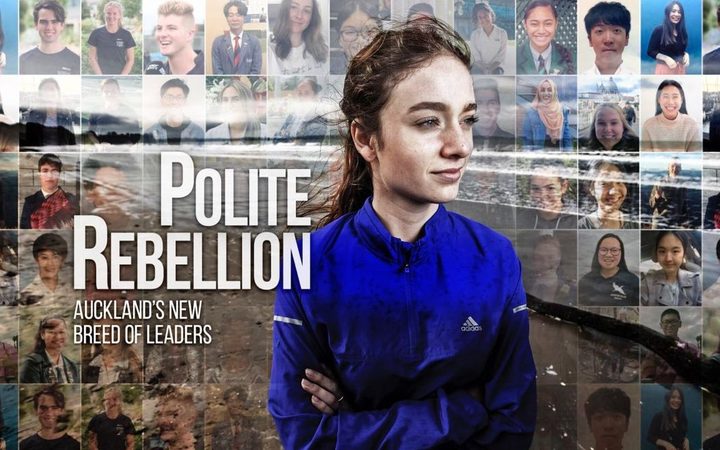 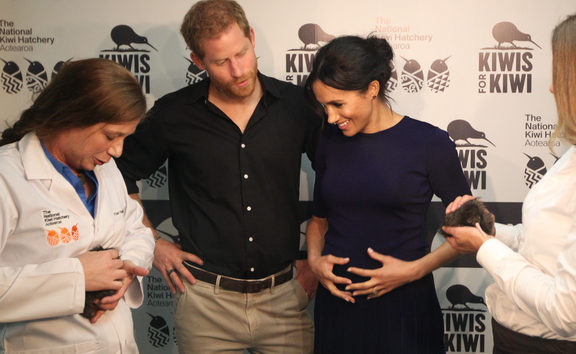 Last weekend, Mediawatch had a look at the royal visit media frenzy.

Jennifer Stillman emailed in to say:

“I am a great fan of Media Watch, but was disappointed by the "spoil-sport" and mean spirited coverage of the Harry & Megan visit.  Apart from the benefits of the ensuing publicity for NZ, it was good for a change to have so much news focus on events that weren't negative.”

The ODT agreed in an editorial this week:

“While the duke and duchess may not have made it south of Nelson, the country as a whole has been able to enjoy their four-day visit.The focus on them was a pleasant change from the woes of the world.Haere ra from Aotearoa.”

Diana Wichtel in the Listener pitied the royal couple for having to put up with all the cloying attention:

“Never mind. The royal family are used to the essential absurdity of their condition. There’s a long history of reporting on them as if they were nice but dim toddlers.”

Mediawatch listener Owen Hughes emailed to say he enjoyed Mediawatch's piece - but he couldn't help thinking of the letters from the 1920 tour of the Prince of Wales:

In 2007, The Alexander Turnbull Library acquired letters and photographs sent by Edward Prince of Wales to his lover back in England while he was on tour in New Zealand in 1920.

‘We have just returned from the most priceless funny party that one could imagine, there wasn’t a single woman who had the least idea how to dance. Tho we stuck it out like heroes until the supper & tried to lug those wads of ham faced women around altho' we were all feeling very weary and thoroughly peeved. But perhaps its unkind to talk about these poor peoples’ gallant efforts to entertain us in this way but we’ve been suffering under these ghastly sordid entertainments for over a fortnight now!!’

As a guy who knows all about winning heart and minds in politics, he thought it was brilliant "manipulation" and part of a strategy to retain monarchy as head of state in Commonwealth countries. 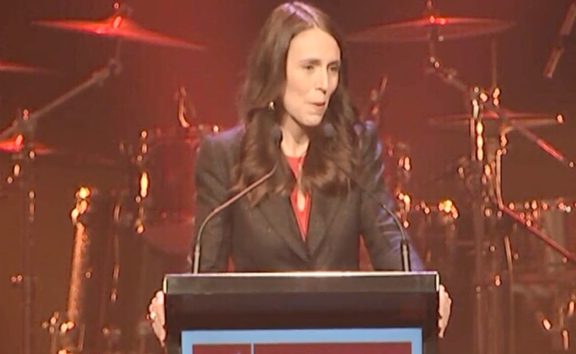 But while the focus of the news coverage was on the conference razzamatazz, that’s not what party conferences are really about. They are for the party members to connect with their leaders and discuss policy and ideas.

We’ll be looking at that in Mediawatch this weekend.

However, the slogans and the leader’s stunts always get covered. UK PM’s Theresa May’s Dancing Queen shuffle even made the news here.

But we could take a leaf out of the UK’s book when it comes to covering political party conferences.

The BBC’s extensive coverage this year . . .

In China, political congresses are so big news organisations are employing AI to cover them fully.

A scary peek into the future of robo-jurnalism?

The kids are alright  - or are they? 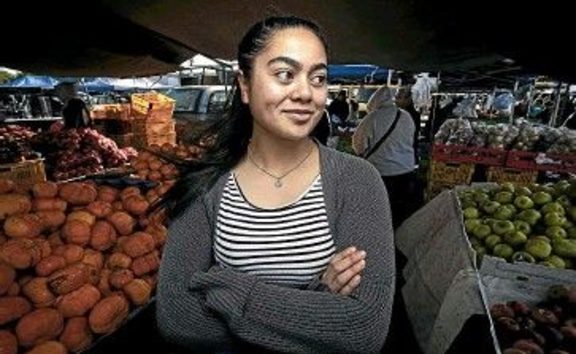 Stuff’s latest multimedia journalism project “Polite Rebellion” kicked off online and in print in the Sunday Star Times and Dominion Post and the Press.

84 student leaders from 48 schools across Auckland surveyed about their lives, goals and fears - a snapshot into a generation for whom social media and social issues demand they try to change the world.

“Theirs is a modern insurgency. They’re more likely to organise online than in the streets. They will win arguments with reason, rather than rage. Theirs is a Polite Rebellion.”

It’s a fascinating project by journalists Josephine Franks and Brittany Keogh which harvests the thoughts of the teens in their own words. Quite contrast to a Fair Go piece this week about teens taking action on the environment.

Hopefully Polite Rebellion will be read by other young people and also by older folks who don't often get to hear young people in their own words. With that in mind it’s a good move to publish extracts in the papers as well as online.

Sadly, 15 Stuff journalists working for local community papers and gathering news in Auckland and further north look set to lose their jobs in the latest cost-cutting move by the company.

In his daily morning media digest for The Spinoff, Alex Braae put it like this:

“Having more digital and senior journalists with a more nationwide focus (as Stuff has been doing this year) is fine, but they don't have the same function as community reporters, and they're not out on the ground in the same way. Surely there is a case to be made that community journalists perform a public service, just as deserving of funding as other public media.”

Finally: a spot of sustained sarcasm from ZB’s Barry Soper on the ‘sacrifice’ of Trevor Mallard and Gerry Brownlee's "boy's weekend" to see the All Blacks in Tokyo.