They came. They waved. And the royal couple conquered our media completely. 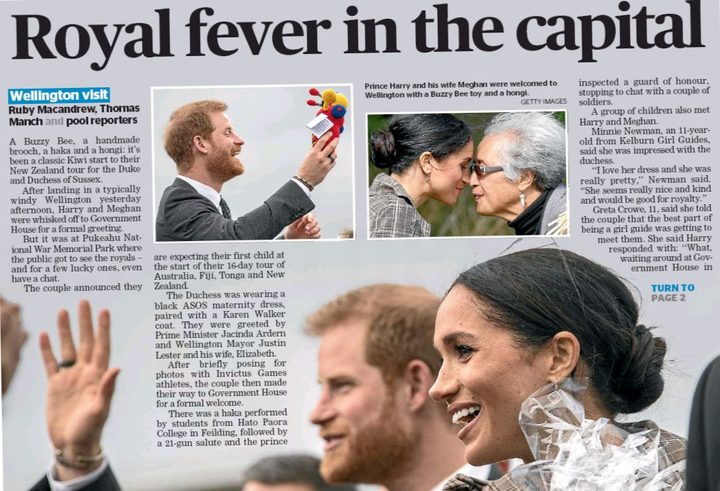 This week Newstalk ZB callers competed for an all-expenses-paid trip for two to London with money to spend on Christmas shopping.

Coincidentally a couple from London had just arrived on a trip here which was all-expenses-paid, though you’d have to stick a few zeroes on ZB’s $10,000 giveaway to cover the estimated cost of this one.

The Duke and Duchess of Sussex dropping in cost us about one million dollars, according to various media reports.

There was no need for much shopping though. They were showered with gifts from well-wishers and their hosts while they were here.

"Royal visits are fascinating to watch. Not just because of what the royals actually do, but for watching the way we watch them," Newstalk ZB’s Andrew Dickens told his listeners this week, reflecting on the impact of the couple he labelled "royal Kardashians."

But he was also right about the media, many of which were clearly as keen as the flag-waving, selfie-seeking citizens around the country to get the most out of the visit.

"Looking at the happy faces turning up at Government House last night for a meet and greet, spending taxpayers' money was the last thing on their minds," ZB’s Barry Soper wrote.

In the Sunday Star Times columnist Oscar Kightley noted a poll that showed "Pasifika people aged 18 to 34 and people from Otago/Southland were most likely to rate the royal tour a waste of our money."

“Imagine if we got together as a political force. Let's rise up together as one more often, and get our non-money wasting values into power," he wrote, with tongue in cheek.

As the Southland Youth Pasifika Alliance is not yet a political force, our current party leaders were asked about this instead in the media.

National leader Simon Bridges must have had mixed feelings about the royals being ferried around for free in our sturdiest BMW crown car. While they were feted, he was slated by the media for spending taxpayers’ money on limos.

He told Morning Report he was a "reluctant monarchist." Channeling Churchill, he said it was the worst system apart from all the others.

A day later, PM Jacinda Ardern told Morning Report the royals are value for money because the media spotlight they attract creates exposure worth millions for New Zealand tourism.

Tourism New Zealand told RNZ the value of the media coverage was $70 million "based on what that coverage would have cost in pure advertising."

"The immense  joy Harry and Meghan bring to New Zealanders shouldn't be underestimated," he added.

There was no danger of that from our media.

"You can’t argue with their popularity," declared Newstalk ZB’s Kate Hawkesby. The rest of the media agreed. 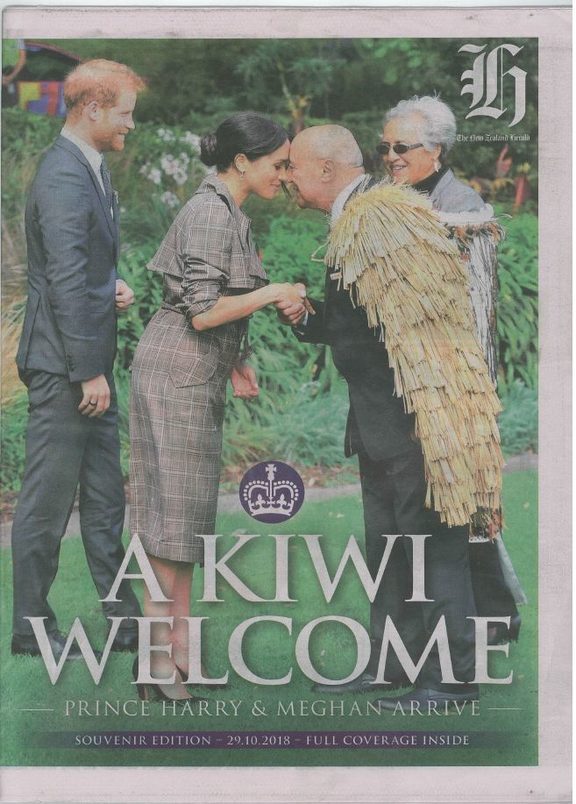 The New Zealand Herald that day was a souvenir edition.

Hundreds of people did indeed gather to see them in public, but thousands more succumbed to work fever, stay at home fever - or do something else fever.

Are modest crowds turning out for something really evidence of a truly national passion?

Only 20,000 fans turned up to the final of the rugby's NPC at Eden Park the same weekend, even though Auckland was playing and entry was completely free.

"If less than 30,000 people from a city of more than 1.5 million show up to watch the greatest rivalry in New Zealand domestic rugby, it will be nothing short of an almighty flop," said Stuff's Robert van Royen the day of the game.

"Just be Kiwi about it. Don't be gushy. No gushing," Wellington Paranormal's Minogue warned Hilary Barry mingling with royalists on the streets.

But TVNZ wasn't the only state-owned media outlet guilty of gushing.

RNZ had two reporters posting photos of the royal plane touching down in Wellington. It reported the Wellington crowds as "rapturous" over “their Royal Highnesses,” as they were repeatedly called.

Before the royal visit to a Kiwi hatchery on Wednesday, Morning Report wanted to know if newly-hatched chicks would be named after the couple.

I'm waiting for @RadioNZ to confrm that Meghyn and Harry have survived the quake.

Kate Hawkesby said New Zealanders weren't the only ones beguiled by the royal couple.

"The biggest surprise was Australia, known for its ardent desire to become a republic, it inexplicably went absolutely bananas for them. I mean you expect that kind of enthusiastic hospitality in the Pacific Islands, but not necessarily from the fair dinkum cynical Aussies,"she told her listeners.

It’s surely not true that all Pacific islands are uniformly pumped about the royals. And anyway, how would she know?

And in Australia, the candle burned out long ago on what she called “ardent republicanism”.

A majority voted against it in a referendum nearly 20 years ago and there’s not been much appetite for another.

It's pretty clear the enthusiasm of many New Zealanders has not much to do with the constitution or the monarchy.

Post-colonial crowds don't turn out much for Prince Charles even though he’ll be our next sovereign, probably within a decade. 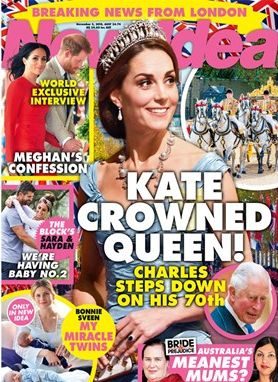 That's unless New Idea turns out to be right about its sensational scoop this week.

"With royal popularity flying high following Princess Eugenie’s wedding and Prince Harryand Meghan Markle’s triumphant Pacific trip, Prince Charles has made a momentous decision to mark his 70th birthday. He will give up his claim to the throne in a move that will make way for William to become King," he said.

No other outlet in the UK is reporting this 'Breaking News from London' which hinges on a single "unnamed source."

Few who turned out to see Harry And Meghan or click on news stories about the visit would have been interested in our constitution or even the causes of social significance they showed an interest in while they were here.

Their pulling power is simple celebrity, which will fade as they get older and much more familiar to us.

Eventually they will probably be upstaged by their offspring, and the media cycle will begin again.