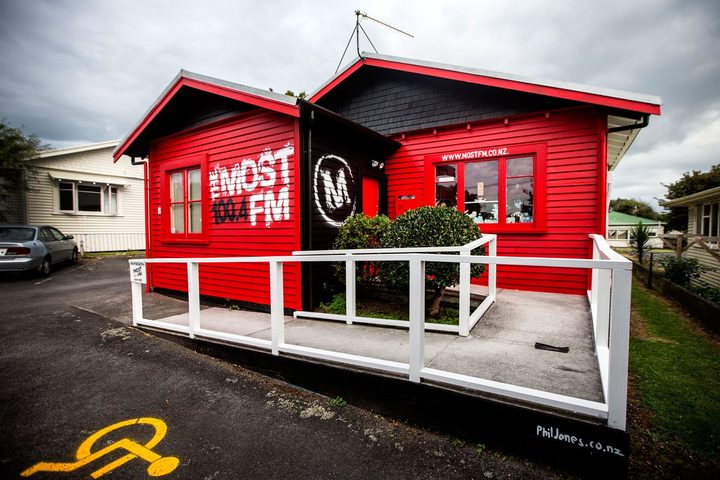 'Pain at the pump' is a pain in the arse

Once Jacinda Ardern expressed concern about petrol prices last Monday it was only matter of time before we heard the number one petrol news cliche on the six o'clock TV news.

The political editors at TVNZ and Newshub both used this worn-out phrase in the first few seconds of their reports that night.

They're not the only ones of course.

“One of the most overused and annoying phrases in news history to describe high gas prices. Often used at least once when broadcasting a story that involves gas prices,” says Urban Dictionary.

Why is it only petrol prices?

Why not “trauma at the till,” “agony at the arcade,” or “melancholy at the mall” when the cost of anything else goes up?

FYI: the most recent use by rnz.co.nz was back in April in  . . . a Mediawatch story about Labour’s ten year transport plan launched in April. 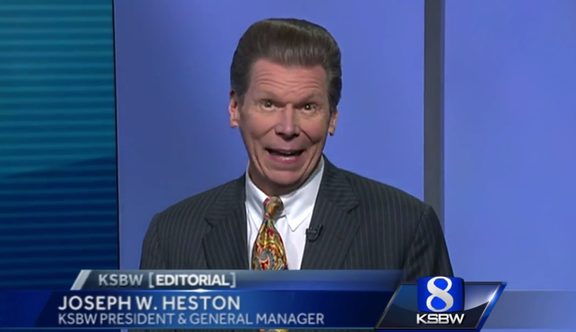 In our defence, we were commenting on the media coverage which included the (over)use of the cliche so I reckon we should get a pass.

But if you reckon that’s having a bob each way, check out this from 2017 from TV station KSBW in Sacramento California after a new petrol tax there.

Also FYI: On Mediawatch this weekend we'll look at the reporting of this week's petrol headlines - and the context of big UN climate change report this week and the government’s surplus. 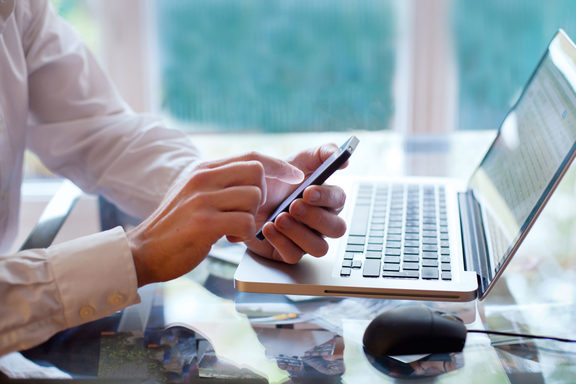 I had call from WGBH in Boston this week asking for an interview for their global news show The World about an issue from here that made headlines overseas  -- but didn't really make a splash here: the so-called ‘digital strip search’.

There was some coverage on the day including the NZ Council for Civil Liberties voicing their objections to this and Privacy Commissioner John Edwards playing it down.

He was back on Jesse Mulligan’s show this afternoon saying what’s on your devices is no different to what’s in a suitcase:

But while this was hardly headline news here, not so overseas:

AJ PLUS told 728,000 followers on Twitter: “New Zealand this week became the first country to fine people for not giving customs officers the passwords to their devices.”

“Travelers to New Zealand Could Face a Fine for Refusing 'Digital Strip Searches” is the headline at time.com.

“Visitors to New Zealand could face an unwelcome choice beginning this week: relinquish your cell phone password, or pay a $3,000 fine.”

The Washington Post put it in the context of other countries’ laws and outlined some of the legal wrangles that followd.

Are New Zealand too naive about digital privacy? Kim Dotcom and Edward Snowden's revelations in recent years have been largely met with shrugs here.

That may explain why something quite alarming to foreign visitors was no big deal here in our news.

With that in mind, praise to Stuff and reporter Katie Kenny for the recent multimedia feature Data for Sale. 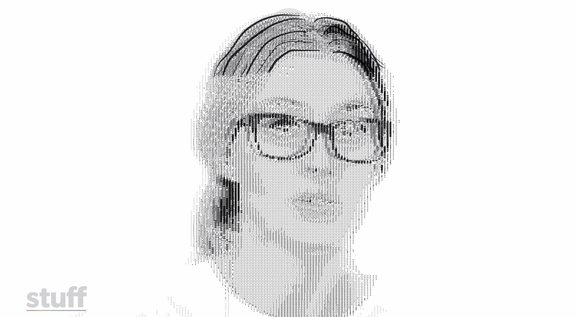 New Zealand’s own privacy bill is making its way through Parliament, she says, and it’s set to repeal and replace the 25-year-old Privacy Act. However, some public submissions say the bill doesn’t go far enough in strengthening individual privacy. 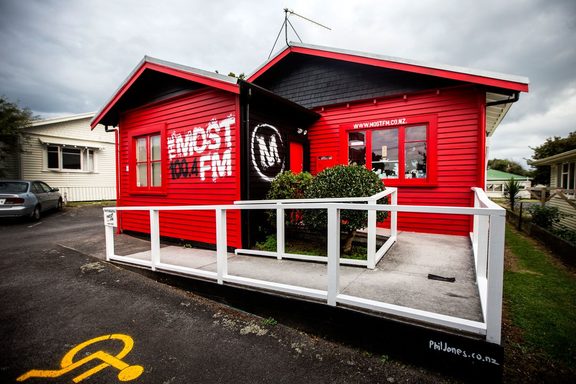 Just back from a quick flit to Taranaki  - where happily my car radio picked up a station I heard before on my last trip there last summer: Atomic FM.

It played some really good music - a refreshing change from the formulaic music stations elsewhere on the dial. 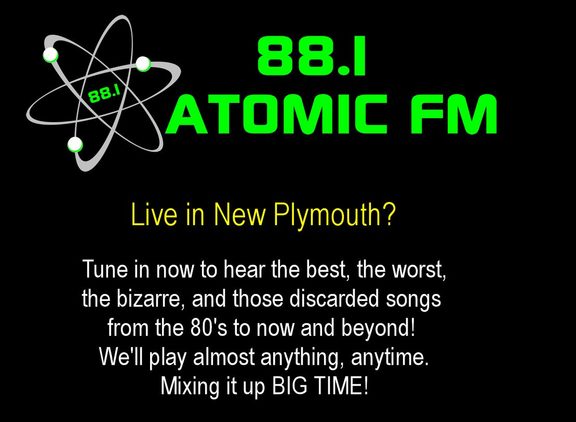 I turned into another local station in downtown New Plymouth which is a bit more outgoing: Most FM (100.4 FM).

I pricked up my ears when the DJ described it is “defiantly independent and local”. He was playing Kiwi music and Lee Scratch Perry. No other locals stations seemed to be.

It’s billed as “Taranaki's Community Radio Alternative”. The HQ is a suburban house painted in the station’s colours and logo. You can even “call the Most Host To Find Out What Is Playing… on (06) 75 75756

Taranaki has history in independent radio - and the crushing of it. Former government heavyweight Steven Joyce founded Energy FM in Taranaki, then developed the Radioworks group by buying up other local stations. It was later sold to CanWest which eventually became MediaWorks - one of the nation’s big two commercial radio companies.

Over the years most of the local stations have become outlets for the big music brands like More, Classic Hits, ZM etc - and a lot less like Most FM. A pity . . . 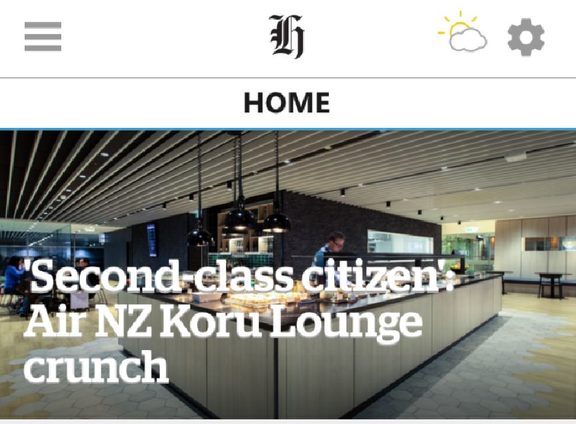 NZ Herald online has been running stories for two days about Koru Club patrons being turned away with headlines like: Passenger felt like 'second class citizen'

That prompted a predictable social media backlash scoffing at the ‘entitlement’ of the Koru blubbers  -even from Herald staff.

“An Air New Zealand Koru Club member said she wished she'd been turned away from the airline's Auckland International Airport premium lounge saying it was packed with people over-piling plates of food and queuing for free alcohol.”

Outside of Auckland, Jane Matthews of Taranaki Daily News had a lovely piece contrasting a super-fancy mini-golf course in Auckland with neon lights and live DJ’s  - with a rough-and-ready course in (the independent republic of) Whangamomona made by a local to amuse bored tourist on the Forgotten Highway.

And another by Jane about Whangamomona's biennial Kids' Critter Hunt:

“While children played on their iPads over the weekend, the kids of New Zealand's only self-proclaimed republic went hunting. Every child that walked into the Whangamomona Domain on Saturday either had a dead animal slung over their shoulders or a pair of gumboots on."

Great photos  - including one captioned:

“Nina Hutchinson, 4, was unfazed by the possum that grabbed her at the critter day.”

Another great read: Newsroom’s Steve Deane on the decline of junior sports volunteers.

"Rome is aflame. And the few remaining hardy souls in the volunteer fire brigade are powerless to halt the blaze.

Yes, it’s easy to get annoyed with your kids’ sports coaches for not being all that crash-hot. But the reality is that they are just as time-poor, stressed and over-loaded as you are. The only difference between them and you is that they are at least out there having a go. And you’re not."