Breaking down the 'attention economy'

Broadcasters and advertisers are grappling with “the attention economy” now that so many of us have screens of all sizes engaging our eyeballs everywhere. Dr Karen Nelson-Field tracks how we watch and whether we’re really taking it in. 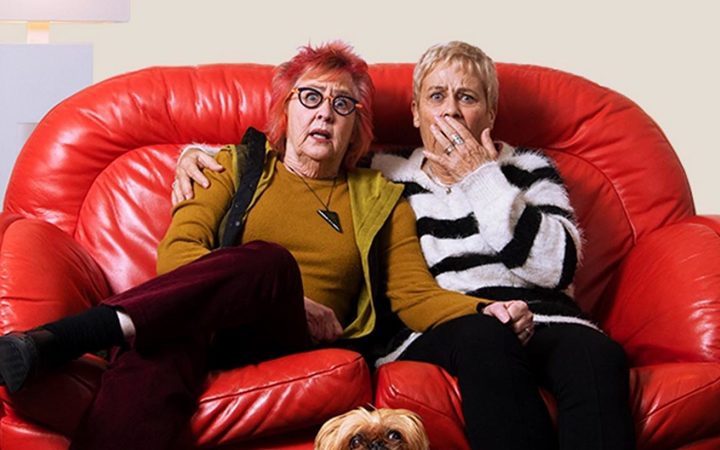 Overseas, the reality TV show Gogglebox has made minor celebrities of people who didn't even need to tear themselves away from the TV to do it.

If you don't count news programmes, only The Bachelor is more popular than Gogglebox in Australia.

The New Zealand version now screening on Three is promoted as “unscripted, uncensored and unpredictable,” but there’s nothing so predictable as a hit foreign format turning up here with a local makeover.

Gogglebox turns the camera on viewers in ten Kiwi households and claims it gives us “a unique insight into other people’s viewing rituals.”

It's not exactly educational, but for broadcasters pointing cameras at couchbound viewers is more than just a way to make a cheap and cheerful show.

Advertising has for years worked on the principle of the “opportunity to see” it. Even if the Harvey Norman guy was bellowing out of the TV in your home but no-one was watching the set - it still counted.

But these days broadcasters aren’t just in competition with each other to attract our eyeballs to a big TV screen in the living room  - they’re also after an audience on our mobiles, tablets and PCs. And YouTube, Facebook.

Netflix and any number of other websites offer unlimited amounts of video on demand as well. Human attention is now a scarce commodity - and broadcasters and advertisers alike need to know not only what we’re watching and when - but how much attention we’re paying.

This is where Karen Nelson-Field comes in.

She is professor of media innovation at The University of Adelaide and has PhD in media science. She founded her own AI-based research and marketing company.

Using AI machine-learning technology and eye-tracking technology, she and her team gauge people’s attention to what’s on screens in front of them and whether the message - whatever it is  - is likely to get through.

Research subjects' screen use is also tracked with an app that works like ad-blocking software in reverse. 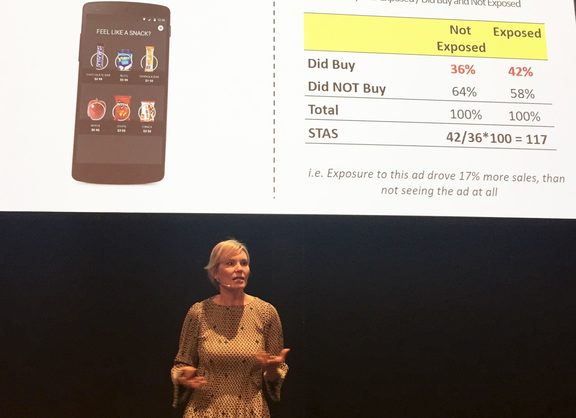 Dr Karen Nelson-Field in Wellington presents her research into how we watch content on screens. Photo: photo / RNZ Mediawatch

"We built some technology which essentially intercepts the ad load across all platforms - and filming their faces scans how how much they are literally watching the screen or looking away," Prof Nelson-Field told Mediawatch.

Some executives in marketing and publishing have complained loudly about measurement in this fragmented environment. Some research seems to show Facebook videos have huge impact, but some marketers say it's been inflated and people don't actually watch the bulk of videos audience research captures.

"All video advertising works because it's dynamic but it works better on some platforms than others," she says, and the same applies to TV shows.

One thing in TV's favour is the content fills the big screen when it's on. Video on Facebook feeds, websites and apps  - and other online video - can be crowded out by other clutter claiming the pixels.

But she said there was no point pretending that an advert or a programme would hold everyone's attention, even if it was well-produced. 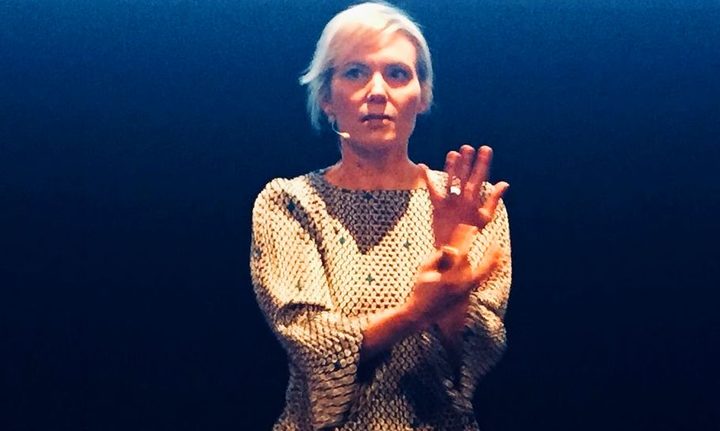 "In an average second, attention on a TV screen is 58 percent, but that is the strongest of all the platforms. The number would be higher if people didn't get up and go to the toilet because - with all due respect - no-one really wants to watch the ads no matter how good the 'creatives' think they are," she said.

But the creativity of content and the emotion stirred up by it do make a difference in memorability, she said. She said the research shows high-quality ads on TV can influence people's purchasing for more than 100 days.

Complicating the issue further these days are the self-appointed 'influencers' paid to promote products on using social media. Prof Nelson-Field is beginning research to test whether they are as influential as they claim.

One agency, The Social Club claims to have over 5000 influencers on multiple platforms across Australia and New Zealand boosting brands.

Chief executive and co-founder Georgia McGillivray told Radio Live's Sunday Social show they can pull in between $50 to $5000 per post online and brands get a return on investment that can be measured in clicks and views.

Reality show winner Matilda Rice recently told Next magazine she makes more money as an online brand than she pulled in working in advertising at TVNZ (though still not enough to buy a house in Auckland, apparently).

"Social media is being blasted as having no impact by those who use such platforms as the means of growing their influence," Prof Nelson-Field wrote recently in the Australian Financial Review.

"But it doesn't go away if we ignore it or call it names. We need to understand its relative position in the media mix," she wrote.

"There's never been robust work to prove it. Until you show me numbers, it's bad to make assumptions on new media without testing it," she told Mediawatch.