Media mega-merger reaches the end of the road

Analysis- The bid to combine New Zealand's two biggest publishers of news is all but over. Mediawatch looks at why and what comes next.

Stuff and NZME gambled when they appealed last year's High Court ruling which upheld an earlier decision preventing them from merging. 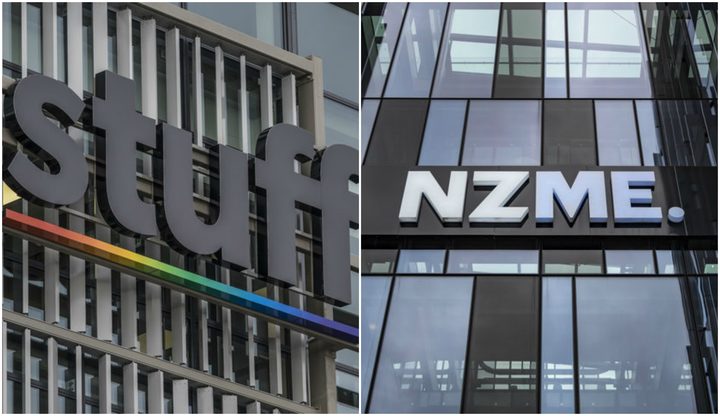 They have lost and will now have to cover the costs - both of their own legal bills and those of the Commerce Commission, whose decision they challenged. The bills have been piling up in the two years since they first floated the idea.

The only avenue still open is the bold bid of going to the Supreme Court.

NZME has not yet ruled that out, but its board would have to think long and hard about an even more risky - and costly - roll of the dice.

There is a lot at stake.

A merger would allow Fairfax Media and NZME to cut their costs and cut out things they double up on, such as covering the same news every day. And at a stroke both companies would also lose their main online news competitor: each other.

Most of their revenue still comes from old-fashioned newspapers and that’s falling fast. More and more people are reading Stuff and NZME’s news online but they’re not paying a cent for it yet.

Meanwhile, income from online digital advertising is growing too slowly and most of that is being sucked up by offshore online giants Google and Facebook.

The companies' merger pitch argued it would allow them to "extend the runway" and build a sustainable media business which could pay for journalism nationwide in the digital era. 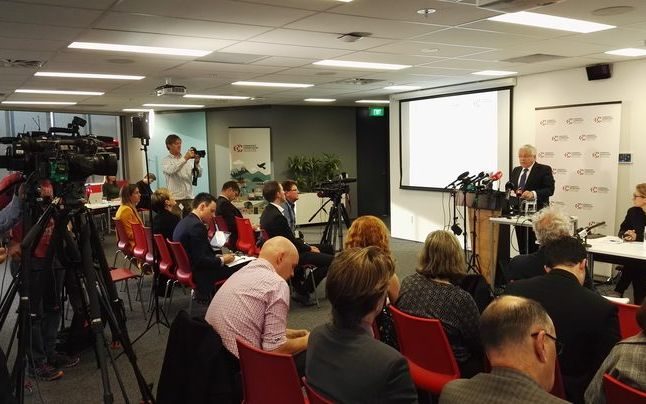 Media at the Commerce Commission's announcement that it was rejecting the planned merger between NZME and Fairfax. Photo: RNZ / Jeremy Rose

Fairfax Media and NZME declared themselves "surprised and disappointed" back in May 2017 when the Commerce Commission first rejected the idea.

While the Commission concluded Stuff and NZME could save money and extend the life of some publications, it said one joint company would concentrate ownership of newspapers to an "unprecedented" extent.

It concluded other major media outlets would not be able to compensate for the reduction in "plurality" - which was referenced more than 300 times in the Commission's decision document.

The companies appealed and lawyers representing Fairfax argued plurality was not the Commerce Commission's business.

"We say [protecting plurality] is the role of the government. Ultimately, the government can look at a range of behaviour in the market to figure out whether plurality is protected, including editorial charters . . . and New Zealand On Air funding," said Sarah Keene, a partner for Russell McVeagh.

They were effectively asking the High Court to overturn the Commission's most significant conclusions and its interpretation of the Commerce Act.

But that appeal was dismissed today. The Court of Appeal's reasons will be clear when the full decision is published shortly.

Both companies insisted it was "business as usual" at the coalface while their boardrooms pursued the merger in the courts.

Now that a marriage has been knocked back again, they must revert to plans for a single life.

Both are still profitable and have big audiences in print and online, thousands of subscribers and well known brands at their disposal - but both will continue to cut costs where they can.

The Commerce Commission estimated a merger could save the companies between $40 million and $200 million over five years.

“We believe - no, we know - that the rapid dismantling of local newsrooms and journalism at scale in this country is inevitable if this merger does not proceed," Fairfax and NZME editors warned in an open letter to the Commerce Commission in November 2016.

Just last week NZME cut the jobs of its radio reporters in Dunedin and New Plymouth.

NZME is preparing a paywall to oblige readers to pay for New Zealand Herald 'premium content' online. When it will launch is not known  - nor how much it money is expected to bring in.

However, the private equity ownership of MediaWorks makes that complicated.

Since the merger was announced, Stuff has set up revenue-raising sidelines in video-on demand, and retailing broadband, electricity and insurance to bring in revenue and reduce its dependence on printed papers.

It has closed or sold many local and community papers since 2016 - and some regional titles are no longer printed six days a week. More titles may go the same way while readers are re-directed to its social network Neighbourly.

Their commitment to the costly business of news may be tested over time.

When the Commerce Commission first ruled against a merger last year, RNZ chief executive Paul Thompson - formerly the chief editor at Fairfax Media (now Stuff) - told Mediawatch he feared business strategy may change in years to come and the two companies might "walk away from journalism".

"The ownership of those companies might change or fall into the hands of people who wouldn’t be so supportive of editorial freedom and the autonomy of editors," he warned.

In the longer term, it's a distinct possibility should the two companies' top brass decide the 'runway' is running out.

Echoes across the ditch

The fortunes of NZME – now listed on the NZX – will be gauged by its share price in future but for now Stuff remains a satellite of its Australian parent Fairfax Media.

Fairfax Media is currently seeking approval for a merger of its own which would make it a junior partner in Australia of entertainment-focused broadcaster Nine.

The New Zealand assets of Fairfax were barely mentioned in the merger proposal to Australia’s regulator, the Australian Competition and Consumer Commission.

Stuff’s future under a Nine-dominated parent is unknown.

But some submissions to the ACCC’s inquiry into that merger have already noted the High Court here upholding the conclusion that the merger here would “substantially lessen competition, media plurality and the quality of news in New Zealand.”

The Court of Appeal’s confirmation of that this week will also be noticed across the Tasman.