A celebration of suffrage - with some strange and sour notes

The media marked this week’s 125th anniversary of votes for women with an array of special content. The nation’s biggest-selling paper even put the PM in charge for one special edition. But among the celebrations there were some strange and sour notes too. 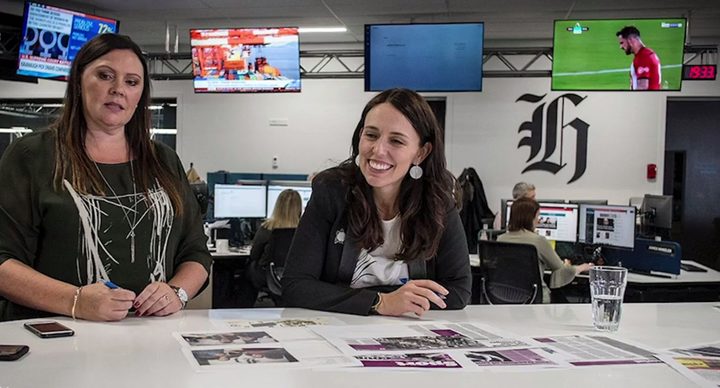 Back in February, BBC radio assembled an all-female team to present Britain’s version of Morning Report - Today - from Westminster on the day the UK marked the centenary of suffrage there.

One of the guests was Jacinda Ardern, who was quizzed about her headline-making pregnancy.

Jacinda Ardern played more a hands-on role for the media for this week’s anniversary here: guest editor of the New Zealand Herald on Wednesday.

“Australia barely knows who its Prime Minister will be week to week, and the US is in the astonishing position of having a President who thinks journalists are the enemy of the state,” Herald editor of premium content Miriyana Alexander said in a statement.

Donald Trump being welcomed into the newsroom of - say - The Washington Post is indeed unlikely.

Not everyone was comfortable with our PM appearing so comfortable in a major newsroom - and nominally calling the shots, but it was a special project and Jacinda Ardern had no input into the paper’s political coverage. 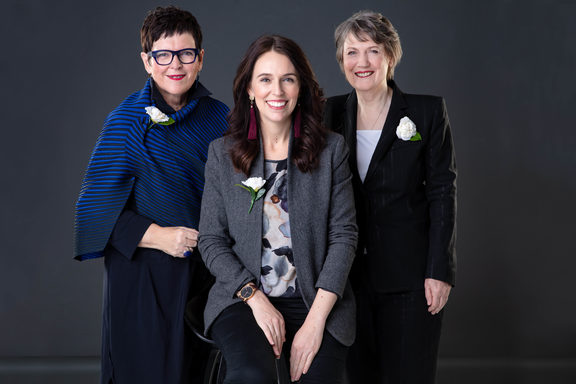 In her introductory remarks she said she "had guided and directed a large part of the content" and sought to capture “what a newspaper would look like if the stories and voices of women were heard on a more regular basis.”

One of the strongest contributions was from a woman whose voice is routinely aired in the Herald: longtime staffer and current NZME head of business Fran O’Sullivan.

She recalled working in a Dunedin factory in the 1970s where women concealed their pregnancies for fear of losing their jobs.

“We've had a female chief justice, three female Prime Ministers, and three female Governors General. But ladies, hold off on that victory roll. There is still an equal pay gap,” she wrote.

"If we can do it in politics, why is business so hard?" she asked.

In August last year the Herald vividly highlighted the lack of women at the top with a chart ranking pay for all the chief executives of companies on the NZX 50.

There was only one woman’s name anywhere on the page - that of the Herald business journalist who wrote the article. Since then only one has been appointed: Kate McKenzie at Chorus, who’s from Australia.

In its statement the Herald said it has offered Te Papa the stuff that made up its special edition, including what it called “an historic first photograph” of New Zealand’s three female Prime Ministers.

In its commemorative edition, the Herald also published a gallery of pictures of showing working New Zealand women from all walks of life taken during one 24 hour period.

Among them Newstalk ZB newsreader Niva Retimanu. On Wednesday morning, she she kicked off her bulletins with news of the anniversary events.

But Newstalk ZB morning host Leighton Smith didn’t seem to think much of that as a story.

"What's the need for 125 years? When did men in New Zealand get the vote?" he asked.

His comments were published online by Newstalk ZB as an opinion piece that probably baffled more people than it annoyed.

Is this performance art or https://t.co/irllHaKFbg

Leighton Smith also launched into an odd on-air monologue about how he loves women.

Leighton Smith retires at the end of this year.

In her Herald article in Wednesday's special edition, Fran O’Sullivan also made this point.

“In Suffrage Week we will hear perhaps a bit too much repetition of how "women were GIVEN the vote" in a world first in 1893. The Parliamentarians did not "give" women the vote. They extended the franchise as a result of women kicking up a storm and asserting their democratic rights.”

One of them was Helen Wilson from the New Zealand Farmers' Union who who actually voted that year and featured in a TVNZ One News Now suffrage story including archival recordings.

Fran O'Sulivan's prediction was correct. Stories in several other outlets said women were "given" the vote 125 years ago.

The government’s own NZ History website for example says so too. 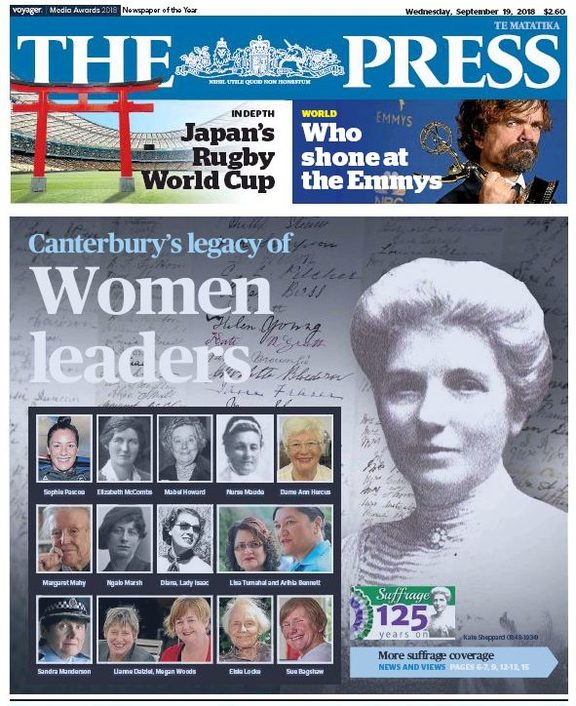 Wednesday's suffrage anniversary edition of The Press - including a startling editorial from "the wrong side of history" in 1893. Photo: PHOTO / RNZ Mediawatch

“On September 19 1893, NZ lawmakers made global history by giving women the right to vote,”  The Press said on Wednesday.

“The Press proved to be on the wrong side of history when the following day it condemned the 'shrieking sisterhood' which had 'forced' the vote on the women of New Zealand," the paper said.

In a kind of 125-year-old mea culpa, The Press reprinted the remarkable editorial which included those words.

“The majority of them (women) do not want the franchise, and have made no claims to obtain the privilege,” the antique editorial claimed.

That they got it was down to what The Press called “noisy agitators, the advocates of fads.”

In 1893, The Press wound up its editorial with this:

“We admit frankly that it is unfair to the great majority of women to force this duty upon them. But it cannot now be helped. They are practically being coerced, in self-defence and in the best interests of the colony, to take this fresh responsibility on their shoulders.”

That photo of our three female PMs shoulder to shoulder in the Herald last Wednesday shows New Zealand women have not shied away from political responsibility.

Perhaps the Herald’s picture and the Press’s editorial - published 125 years apart - should be placed in Te Papa as a pair.

RNZ's special coverage of 125 years of women's suffrage in New Zealand, and the challenges that women face in a society where the rules continue to shift: Beyond Kate