Stormy Daniels vs Yemen: No contest 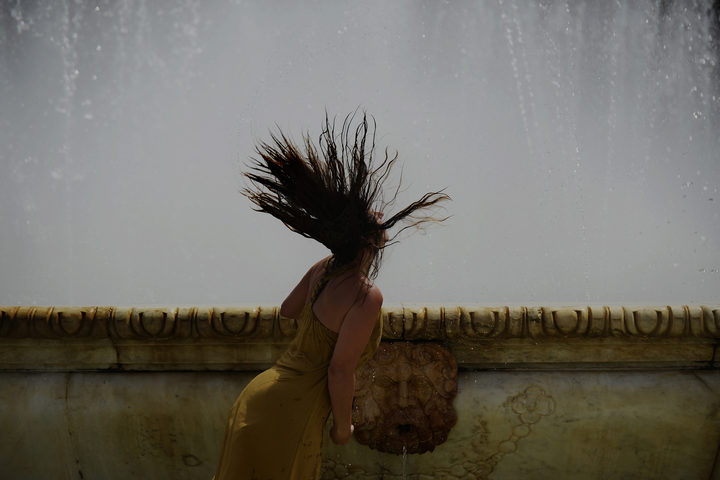 A woman refreshes herself in a fountain at Plaza de Espana, on a hot summer day in Sevilla, Spain. Photo: AFP

All of New Zealand's major news outlets featured stories on the heatwave in Europe last week. It was a big deal. Records were broken, people died, nuclear power plants were shut down, and fires raged.

The heatwave was widely attributed to a massive hot air plume that had drifted over Europe from North Africa. A heatwave the Arab Weekly said had a resulted in power outages, breakdowns in water supplies and protests throughout the region demanding government action.

Ali Hamdane told the paper it was impossible to leave the house after 8am. “We cannot go to work. We cannot reach the hospital in cases of emergency. All aspects of daily life and business grind to a standstill.”

Like the European heatwave, the North African one impacted on the lives of millions. But it's hard to find any mention of it in the New Zealand media: other than as the cause of the record temperatures to the north.

Sadly, it’s not news that international coverage in mainstream media is biased towards the rich world – we’re far more likely to hear about events in Europe or North America than those in Africa, Asia or Latin America. 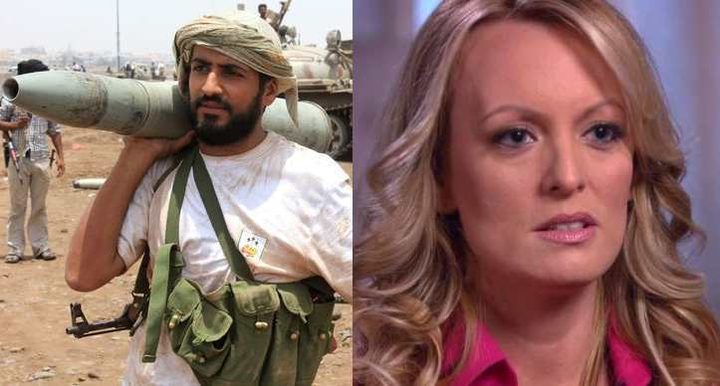 So how have New Zealand media rated the newsworthiness of Stormy Daniels vs Yemen since the UN issued that stark warning? Well, a search of the country’s leading news websites from the start of this year to the beginning of August revealed that Stormy Daniels is winning hands down.

TVNZ’s website featured more than a dozen Stormy Daniel stories but not a single one on the humanitarian crisis. Newshub  published just one news story on the Yemen crisis on its website – a Reuters report on the storming of the port of Hodeidah back in June.Over the same time period it published more than 30 stories about Stormy Daniels.

The RNZ website published a similar number of Stormy Daniel stories and a dozen or so stories on Yemen.

But few of those dealt with the humanitarian crises. There were half a dozen stories on US sanctions against Iran and its support for the Houthi rebels, a story on the travel ban; and a feature interview from the Nine to Noon show with Yemeni-American Mokhtar Alkhanshali who is helping re-establish Yemen's coffee industry.

It takes something like this week's deadly bombing of a bus by the Saudi-led coalition for stories about the war-torn country to appear on the webpages of our major news outlets.

The sparse coverage of Yemen on the webpages of TVNZ, Newshub and RNZ this year doesn’t mean the issue hasn’t featured in their news bulletins and programmes like RNZ’s World Watch. It has– but if there had been any original reporting or significant reports one would expect the websites to feature them. 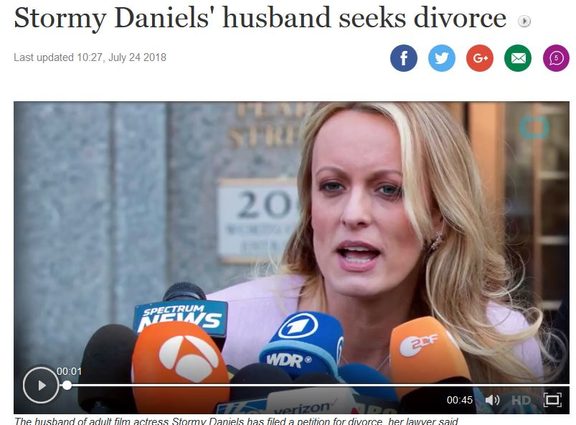 A google search of Stuff for stories featuring Stormy Daniels in the headlines threw up 31 articles since the beginning of this year.

Yemen isn’t mentioned in a single headline but appears in 20 or so articles.

There were stories about: the world’s most boring country, the world’s least happy country, one on why the NZ Reserve Bank isn’t going to be investing in Yemeni bonds, and another about why rich countries choose air strikes over boots on the ground which cited Saudi Arabia’s bombing of Yemen as an example.

There was just one in-depth feature dealing with the war in Yemen and the resulting humanitarian crises – an article written by former Campbell Live journalist Lachlan Forsyth on behalf of his employer UNICEF.

The article, Living 1000 days through the world’s worst humanitarian crisis, was the result of a partnership between the NGO and Stuff.

Lachlan Forsyth told Mediawatch articles like that one are valuable because the Yemen conflict's virtual invisibility has made it difficult for UNICEF to raise funds. The NGO's Yemen appeal attracted less than half the $515,000 donated by Kiwis to its Syria appeal – a country that has regularly featured in the news.

A search of the New Zealand Herald website for stories with Yemen in the headline returns 30 articles compared with 36 for Stormy Daniels - so almost neck and neck and much better than its competitors.

Already this month its published wire stories exposing US support for Al Qaeda in Yemen, reports of the bombing of a hospital and market, and one on international aid groups condemning the Saudi bombing of Sanaa airport. Stories that if they had happened anywhere in the developed world would have received blanket coverage.

So why is the conflict in Yemen in general so under-reported?

Writing in Rolling Stone magazine last month journalist Matt Taibbi argued it was a case of what Noam Chomsky and Edward Hermann described as the “worthy and unworthy victims problem” in their landmark book Manufacturing Consent.

The pair argued that victims of communist states in Eastern Europe received far more attention than those of US-backed dictatorships in Latin America.

And that could explain why the Syrian conflict, for example, has received so much more coverage than Yemen in the US media. But why the disparity in New Zealand – a country that has no involvement in either conflict?

It could simply be that when it comes to international news selection we’re very much followers. It’s rare for our international coverage to be significantly different from what you’d see in Australian, British or US media.

But it’s far from impossible. On the same day that TVNZ and Newshub were running their stories on Europe’s heatwave Al Jazeera ran one of its regular items on the conflict. In just over two minutes the piece managed to report on the bombing of a hospital, a UN ceasefire proposal, and a vaccination campaign aimed at dealing with the world's worst cholera outbreak.