Echoes of the past in Collins' fake news row

Judith Collins has been condemned for endorsing fake news about France concerning the abuse of children. Critics claim it’s the first time a local MP has knowingly spread a story online that's made up, but it also echoes a beat-up story from the time before Twitter. 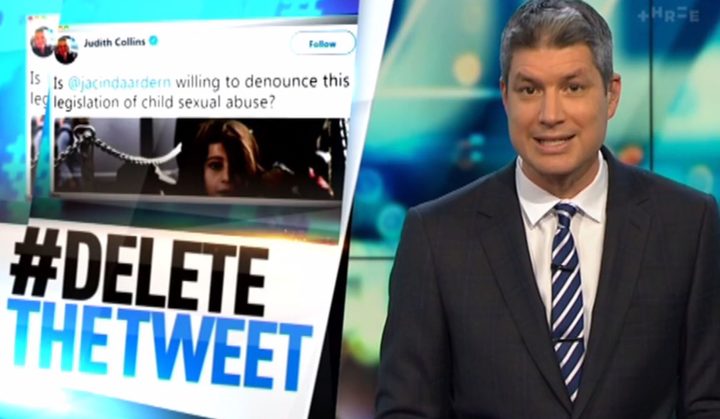 Among his targets are the parents, staff and school age survivors of the Sandy Hook school massacre, whom Alex Jones has condemned as “crisis actors” in a huge news hoax. Cruel stuff.

But InfoWars and Alex Jones are still on Twitter, which was the platform for MP Judith Collins’ brush with fake news controversy this week.

The Papakura MP and former Minister of Justice tweeted a link to a fake news story misreporting recent law changes in France. It suggested a global left-wing conspiracy to normalise paedophilia and Judith Collins urged Jacinda Ardern to speak out.

French law has actually changed to make it easier to prosecute perpetrators of underage sex and apply tougher penalties. But an age of consent is not specified, and that has been a point of controversy in France. 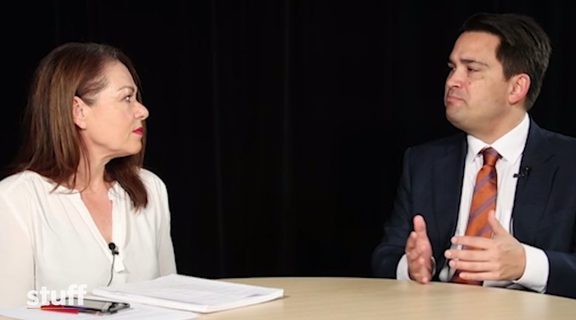 He had ended up in the headlines himself in he past, he said, for rashly ‘liking’ stories that he had scrolled through but which turned out to be unreliable.

But this was no fat-fingered scrolling error.

Judith Collins took a story about the sexual abuse of children in France, attached the PM’s name to it and published it for purely political purposes.

She’s right. Surveys have shown online misinformation is a significant worry for many New Zealanders. And people in public office should not knowingly promote lies for political advantage.

As an effort to shame Jacinda Ardern, it was pretty ineffective - but Judith Collins also posted this on Twitter:

Thanks to @nzherald for reminding me about Phil Goff’s attempt to lower the Age of Consent to 12 years https://t.co/WUlf9IQREm

A New Zealand Herald editorial in 2004 criticised the then-Minister of Justice Phil Goff for changes to the Crimes Act which would have ensured teenagers could not be prosecuted for consensual sex with another person aged between 12 and 16 if the age gap between them was no more than two years.

It was also opposed by National Party in opposition - most vocally in Parliament by Judith Collins.

“The proposal could not escape being seen as an endorsement of sex between children as young as 12,” said NZ Herald said in 2004.

The main reason for that was media reports at the time wrongly reported it as a bid to lower the age of consent.

The so-called age-gap defence was dumped in 2004 after an outcry sparked by a story headlined: "Sex at 12 okay under law change."

But  - echoing the recent changes in France - the proposed changes in 2004 actually extended the range of penalties and behaviour for sex crime.

It removed a loophole whereby some offenders could escape prosecution if the age of the child could not be established - and the defence for an adult to argue that an child consented.

"The challenge [is] that we do not end up with tough criminal sanctions aimed at predatory behaviour applying where it is not appropriate,” Phil Goff said in a statement released the same day as the Herald’s withering 2004 editorial.

Even if the law change had included the ‘age gap defence’ for teens, the age of consent would have remained 16 as it is today.

Back then, there was no Twitter and online fake news was not yet a thing. But then - as now - beaten up stories influenced public opinion like made-up ones do today.

“Plus ca change,” as they say in France.

“Je ne regrette rien,” sums up the MP for Papakura's response so far.