Twice in two weeks high-profile political speaking engagements have been scrubbed, sparking overlapping debates about free speech, hate speech, censorship and safety. As future free speech flashpoints loom, the media must make up their minds how to cover such controversies and the provocative personalities who want their attention. ​ 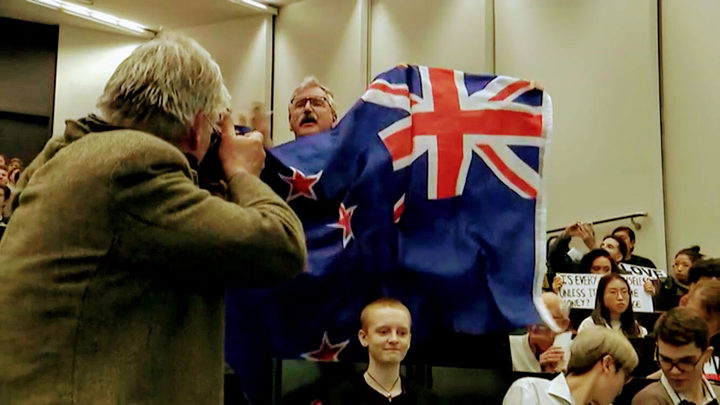 “In an alternate reality, a couple of mischievous Canadians with alt-right views visit this country. There is a little publicity, the pair speak to a handful of disgruntled, largely white males pulled briefly from dark lairs and too-bright computer screens. Then they leave.”

That was the opening of The Dominion Post’s wistful editorial last Wednesday, pondering the free speech frenzy sparked by the visit of Canadian provocateurs Lauren Southern and Stefan Molyneux.

As we now know it played out very differently - partly because most media didn't choose the “ignore them and they’ll go away” option.

The Canadians were getting coverage here before they even set foot in the country, and it ramped up after they were rejected by two venues in Auckland.

It sparked a kind of mini-Kiwi culture war. People claiming to back free speech complained bitterly that people who claimed to be anti-racist had shut down views that offended them.

Just after the Canadians flew away - leaving a series of whines on social media behind them about their treatment here - Massey University sparked a fresh frenzy by cancelling a Don Brash speech on campus.

All this created a dilemma for news outlets and commentators: just how much oxygen of publicity did these political speakers and their views really merit?

On the Newshub Nation show last weekend, business journalist Bernard Hickey said his news site Newsroom.co.nz had already decided there was nothing newsworthy about the Canadians.

“They’re foreigners who fly in and fly out spouting Trumpy lines. We decided there was no news in that,” he said.

Newstalk ZB’s Larry Williams would have been unimpressed.

The day the Powerstation venue in Auckland cancelled the Canadians he told his listeners it was a lost opportunity to talk about multiculturalism.

“The Aussies weren't so gutless,” he lamented.

But some broadcasters were prepared to debate their ideas and air their views.

Newshub’s national correspondent Patrick Gower interviewed the Canadians just after the cancellation of their Powerstation gig.

The spiky 13 minute interview stalled on the subject of Stefan Molyneux’s claims about supposed correlations between IQ, ethnicity and crime.

One of the world's leading experts on intelligence lives and lectures on that here in New Zealand - Jim Flynn, emeritus professor at the University of Otago

He told Newshub no one should listen to anything Stefan Molyneux has to say on the topic and and he “wouldn't think of going within a mile of him if he talked,"

On Newshub at 6, Gower seemed to regret it.

"There was lot of intellectual nitpicking and none of us got very far. It's an interview I won't forget for some time but not for any good reason," he said.

The same night on Three, The Spinoff TV’s Hayden Donnell anguished about whether covering the Canadians simply boosted their reach and fed their business model.

Martyn Bradbury had no doubt on The Daily Blog.

“We were trolled by two crypto-fascists and inadvertently did their marketing for them,” he wrote.

TVNZ's Sunday show faced immediate criticism last week for giving the oxygen of airtime to what they called “free speech fanatics” who launched “a war of words”.

In the end, the "alt-right agitators" didn't dominate its 17-minute report which included other perspectives and comments from people appalled by and attracted to what they believe.

Sunday only used excerpts of its interview with the pair. (Mr Moyneux posted a raw recording of the entire interview with TVNZ's Sunday reporter on his own YouTube channel where it's been viewed almost 240,000 times so far).

But having asked the question: “Do they deserve the right to say what they think?” Ms Southern was not challenged on the time she is known to have gone beyond exercising free speech.

In 2013, she travelled to Italy and interfered with efforts to rescue refugees and would-be migrants at sea. Mr Molyneux’s racist interpretation of data on IQ was only half-heartedly challenged.

Sunday show presenter Miriama Kamo acknowledged the anguish the interview aroused and she wrote a personal response to the criticism on Facebook:

“The notion that we should distance ourselves from this story is patronising. It has dominated the news agenda for over a fortnight. When we are confronted by views we cannot accept, it creates a platform upon which we can crystallise and refine our personal position on issues; that we can decide where we fall on the question of free speech, where it starts and ends, and at what point we decide that it’s gone too far.”

Editors may soon be weighing up these issues again. 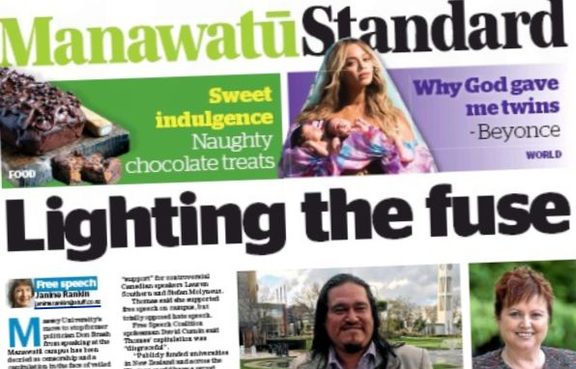 And next month, the British anti-immigration politician credited with kick-starting Brexit - Nigel Farage - speaks in Auckland.

“We’ll draw a crowd and I'm sure we'll have some fun;’ he told Newshub’s Europe correspondent Lloyd Burr last month.

Judging by callers to Leighton Smith's show on Newstalk ZB this week, there will be an appetite for more political right-wing speakers in the future.

“If I have to run a gauntlet of left-wing protestors, so be it. I'm going to be in that building and so is my husband,“ caller Julie said.

Smith also had a call from Grant who claimed to be the organiser of a 'Free Tommy Robinson' group at a free speech protest at the Aotea Square last week.

"Was it Winston Churchill who said 'the lights are going out all over Europe' just before the Second World War?" he asked Smith. (It wasn't)

"That's what we're looking at now and it will have to come to a heavy conclusion before there's a decent response sadly," he warned darkly.

On his Public Address blog this week, Russell Brown said New Zealand is now on the "international troll circuit".

"There will remain a market in New Zealand for ideas like those of Molyneux and Southern. And it will be messy," he said.

The angry protests that disrupted Dr Brash's appearance at an Auckland University debate about 'PC culture' - which would probably have gone unreported before the latest free speech frenzy - could be a taste of things to come.

As future 'free speech' flashpoints are added to the calendar, the media will have to make up their minds how to cover such controversial events and how to handle the provocative personalities seeking their attention.