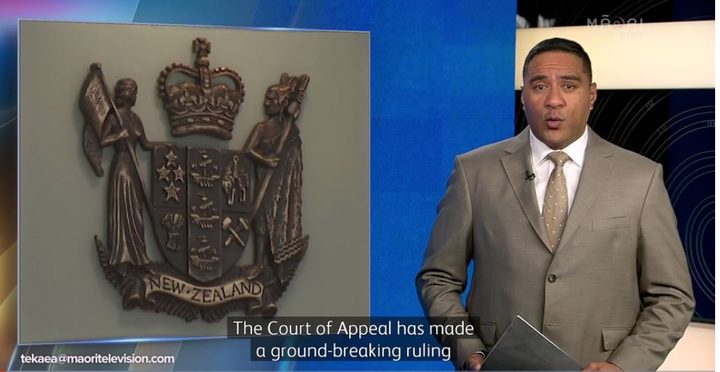 In a landmark decision this week the Court of Appeal created a new public interest defence in defamation cases.

The development was welcomed by legal experts with Professor Ursula Cheer telling RNZ’s Morning Report: “It’s absolutely ground-breaking. Defamation buffs, like me, and media lawyers and I think media generally will be celebrating about this.”

The decision replaces Lange v Atkinson which granted qualified privilege to reports about parliamentarians. The new ruling extends the qualified privilege to all cases of public importance no matter who is involved but the report must be responsible. And the defence is available not just to media but anyone faced with defamation proceedings.

The defamation case in question was brought by retired High Court judge Sir Edward Taihaakurei  Durie and lawyer Donna Hall following a 2015 Maori Television story that reported allegations about the couple based on unverified leaked minutes from a Maori Council meeting.

The Maori Television Service argued in the High Court that there should be a public interest defence that went beyond just politicians – and the court agreed that maybe there should be and refused to strike out that defence despite it not yet being established in law.

Which resulted in this week's Appeal Court decision. But as Felix Geiringer – one of the lawyers representing Sir Edward and Donna Hall – explained to NBR his clients accepted that the public interest defence should be broadened to include people other than just MPs.

“Both parties said to the Court of Appeal: ‘We accept that when people are talking about matters of public interest, in certain circumstances, there should be a defence.’ But of course the parties didn’t quite agree on what the defence should look like. So you have the Maori Television Service arguing for a very broad defence that will protect them all the time. And you’ve got Ms Hall and Sir Edward saying: ‘Look, there has to be a serious restriction on it to stop people freely defaming each other without consequences.”

Writing on the Spinoff Steven Price, a  media law commentator and one of the lawyers representing Sir Edward and Donna Hall,  said the court's decision was significant because it extended the public interest defence to stories and commentaries criticising business leaders, public servants, lobbyists, journalists and others on any matters of public interest.

"It will affect almost every piece of defamation advice provided by a media lawyer. There will be much more emphasis on whether stories are responsibly prepared, and I’d hope that this will incentivise ethical behaviour: relying on reputable sources, conducting obvious checks, and seeking and including comment from the other side. I hope it will also make publishers consider whether they can genuinely claim that their stories are in the public interest."

The Appeal Court found that the public interest defence was untenable in relation to a Maori Television web story because of the amount of time it was up before a response was published; and that by publishing an assertion as fact rather than an allegation Maori Television had acted irresponsibly.

But the court said all other challenges as to the responsibility of Maori Television reporting on the matter should be dealt with by trial where the new public interest defence would be available to it.

And the same now applies not just to other media outlets but anyone publishing on the web or social media.
If they’ve published something that turns out not to be entirely accurate or true - and they end up in court for it they now have the “defence of responsible communication” but they’ll still have to convince a judge they did so in good faith with the public interest in mind.