Contest of ideas - or personality contest?

Politics is a contest of ideas - but also a personality contest these days. Which came out on top in the political coverage during a week when the families of rival politicians were centre stage - as well as policies? 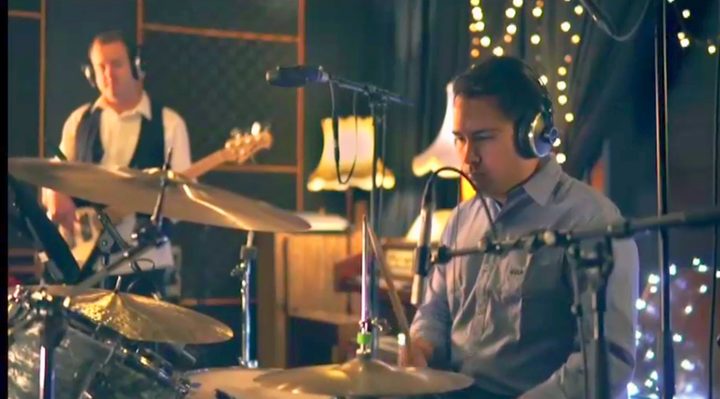 Simon Bridges on drums in his promotional video for the National Party conference. Photo: screenshot

Hundreds of members of New Zealand’s best-supported political party met last weekend to plan policies for a new era. But most media coverage focused on the political management of the leader, his stage-managed announcements - and those of his big rival.

When Simon Bridges unveiled a policy for smaller primary school class sizes it failed to fire in the media.

The announcement was short on detail, and last Monday Newstalk ZB's Kate Hawkesby said it was probably unachievable given the current shortage of trained teachers. Gordon Campbell pointed out on Scoop.co.nz about half of trainee teachers leave the profession within five years and many of those left in the job are close to retirement.

But the policy was mostly slammed in the media because it was not original.

"His big pitch was pinched," Newshub political editor Tova O’Brien said last weekend on Three. Labour's former leader David Cunliffe  went into the 2014 election off the back of a similar party conference pledge. 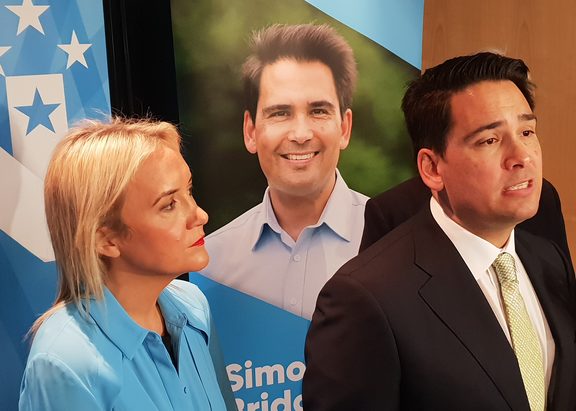 "Two months later Cunliffe led Labour to a record low result of 24 percent at the election. Anything that invites a comparison of Bridges' with Cunliffe's leadership should be a no-go area," she said.

But would anyone other that political trainspotters make that connection - especially with the next election more than two years away?

On Tuesday the Otago Daily Times said whoever came up with the idea of National’s class sizes policy “needs to be shunted aside”.

Does that mean no political party should ever adopt an idea - good or bad - if the opposition has proposed something similar in the not-too-distant past?

The Herald's editorial took a different tack on the class sizes announcement on Tuesday.

"Some have pointed out the policy has been wheeled out before, but what matters is how it is wheeled out next time," the paper said.

But the Herald wasn't just thinking of the children.

"If it is successfully implemented, the images of Bridges, his wife and his young children on stage at the Sky City conference centre announcing the policy will look especially good in review," the Herald added.

As almost every media outlet reported, Simon Bridges took to the stage with his family against the backdrop of a funky video in which he provided the words and the beats.

"The family shots were quite good. That little boy waving was probably worth more votes than anything else over the weekend," said Nine to Noon’s left leaning weekly politics pundit Stephen Mills - as if the optics of a party conference in 2018 might influence our votes in 2020.

But most in the media reckoned Simon Bridges' thunder had been stolen by his main opponent soon after his main speech.

Jacinda Ardern "touched base" live on Facebook from her couch on Sunday with baby Neve out of shot, but not out of the frame.

RNZ rushed out a story headlined Ardern posts Facebook video ahead of return to work.

The Prime Minister teased an employment-related announcement that'll be made in her first week back as PM, but for media increasingly obsessed with the parties’ political management the video was the story itself.

RNZ's political editor Jane Patterson said the timing was no coincidence and in the Herald the next day Claire Trevett said the PM didn't just spoil Simon Bridges' party - she soiled it.

"Within an hour of National leader Simon Bridges wrapping up his first party conference, Prime Minister Jacinda Ardern was peeing on his parade," she wrote.

And if that wasn't scatological enough:

"Bridges was hoping for clear-air at the conference. There is little doubt Ardern's aim was to foul it," she added.

"So clever, so clever. As a new leader you have to lead the news cycle," she said.

“The baby message was incredibly clever timing and shows Ms Ardern is not just sitting at home on maternity leave. She is thinking as a political leader should, something Mr Bridges could consider trying,” the paper said last Tuesday.

But there’s no apparent embarrassment that the news media were so easily co-opted by the PM, who used social media to cut them out of the loop. And she didn't even have to get off the sofa to do it.

"Poor old Simon," was Barry Soper's verdict on Newstalk ZB last Monday on the so-called "battle of the babies" and the duelling videos

Even if you don't feel sorry for Simon, what about those who want to know what actually happened at the National Party conference?

There were discussions about education policy, the environment and welfare led by the spokespeople of this huge opposition party.

On his website politik.co.nz, Richard Harman said National's policy rewrite is underway and "showing signs of  swinging to the centre."

But to get any details of that you had to visit the online startups selling their news online to subscribers.

Politik reported a session on foreign trade and defence policy was prompted by its chair, Todd McClay, to offer ideas on what an independent foreign policy would look like.

A debate on water storage and flood control measures turned into a discussion about climate change, with farmers from Kaikōura telling them to act now to cope with an unpredictable climate in future. Climate Change spokesperson Todd Muller spoke about bipartisan policy undertaken by the Greens' co-leader James Shaw.

Another online subscriber service - Newsroom Pro - reported Judith Collins promised to reform planning and resource management, Nikki Kaye is working on the quality of teachers, the governance of schools and a social investment approach for special needs schooling - and transport spokesman Jami-Lee Ross indicated National will look at ways to revive Roads of National Significance. Hardly any of these things were reported by mainstream news media coverage of the conference - which overwhelmingly focused on what the leader said and did when the spotlight was on him - and how rivals Winston Peters and Jacinda Ardern responded in ways designed to attract media attention.

"Her imminent return to Parliament will dominate public interest as it comes closer," the ODT said last Tuesday

The media saw to that two days later. 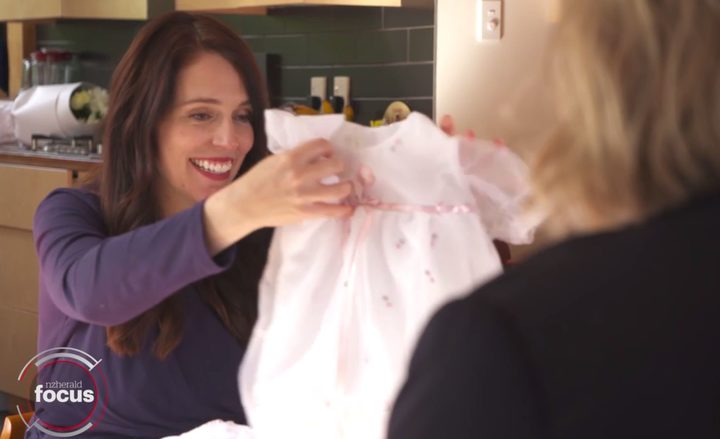 No fewer than 11 different media outlets interviewed her at home about motherhood and returning as PM. The Herald's online interview began with handing over gifts sent in by readers.

"I don’t want to win in 2020 just because the government is incompetent. I want to win a contest of ideas."

Maybe that is just another a political soundbyte for media consumption, as much as it is a genuine ambition.

But he's also fighting a popularity contest on the media’s terms - against an opponent who appears to have a big headstart with them.