The world’s biggest social media network has always insisted it’s a platform for news you can use, but not a publisher with editorial responsibilities. Under pressure over fake news, Facebook is now hooking up with the news media in new ways. Mediawatch asks the man in charge of Facebook's relationships with our media what this means for users. At half-time in England's World Cup semi-final in Russia last week, a record TV audience in the UK - or at least those that hadn’t drifted off for a pee or a nerve-calming beer - saw an ad for Facebook.

The ad first screened in the US in April  in a top-dollar slot at half time of another top sporting event: the NBA playoffs.

Facebook had never advertised on TV before but clearly wanted the mass audience on old-fashioned TV to see its response to recent privacy and data breaches and problems with misinformation and fake news.

Facebook has also been advertising the message “Fake news is not your friend” on billboards, on posters and in bus shelters in many countries.

Facebook and Uber both launched ad blitzes to apologize for their scandals, but the results were very different (FB) https://t.co/4lcbMaLUzv pic.twitter.com/JIjeKAPDBn

Facebook’s also been trying to get the message across to them on its own platform.

In May, Facebook launched a 12-minute video called Facing Facts directed by Academy Award-winning documentary filmmaker Morgan Neville. It also posted videos to tell users how to report fake news when they see it.

It's not just Facebook's problem. 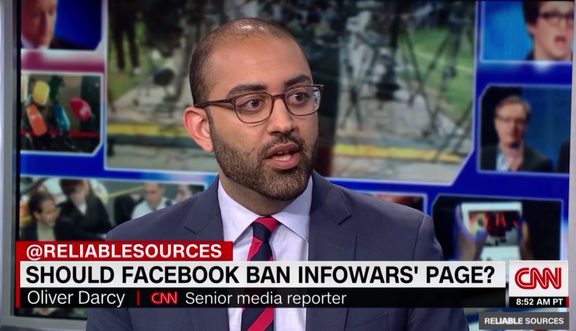 But when Facebook took questions from reporters in the US last week about its anti-misinformation efforts, it didn’t go well.

"We see pages on both the left and the right pumping out what they consider opinion or analysis  but others call fake news. We believe banning these pages would be contrary to the basic principles of free speech."

Another reason Facebook won't ban even out-and-out lies from outliers like Infowars is that it doesn't want to be an editor. It means news stories from bona-fide news media outlets sit alongside the posts generated by friends and families in users' Facebook news feeds.

Facebook said it demotes individual posts that are reported by Facebook users or rated as false by fact checkers and that this reduces distribution by about 80 percent. The same applies to pages and domains that repeatedly share false news.

"Isn’t Facebook trying to have it both ways? The company claims it won’t outright ban a page, citing free speech, but it seems to be okay with effectively demoting a page into oblivion. That sounds like a ban without calling it a ban," he said. 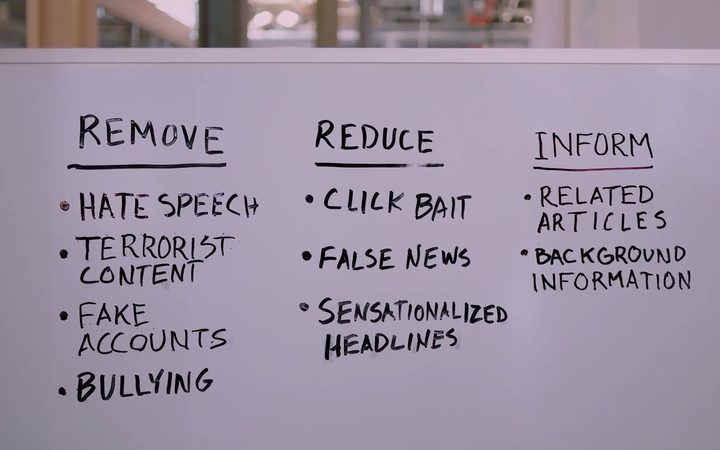 Facebook has been employing third-party fact-checkers signed up to a code of practice of the US-based Poynter Institute. There are 14 in the Asia-Pacific region and Facebook is expanding that into other countries in the region where the problem is acute. It's posting updates on how the fact-checking is working out.

It is removing more fake accounts, which are often responsible for misinformation, at the point of registration. It insists it is breaking the business models that incentivise "bad actors" to share it. It is bankrolling news literacy programs to help people understand the articles they see on Facebook and has launched the Facebook Journalism Project "to support quality journalism".

To manage the complicated relationship with the news industry, Facebook has hired former journalists in several regions.

At an international media summit in Singapore last month called What is New Now, a leading expert on how tech companies interact with news media - Joshua Benton - asked Facebook's head of news partnerships Jason White if Facebook now regrets having anything to do with news media content in the first place.

"The way to view Facebook and Google's interaction with the news industry is through a PR lens," Joshua Benton told Mediawatch.

"They would like to be less hated by the media. They don't like being blamed for the downfall of civilisation. So that's a big driver for them," he said. 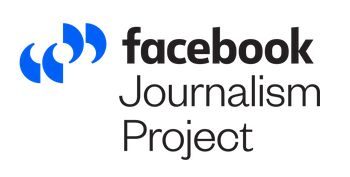 Benton believes Facebook's news partnership people genuinely want to make things better for the media, and said the media could learn a lot about the digital environment from the likes of Facebook and Google.

He said news was relatively unimportant to Facebook, making up only about 4 percent of the content on users' news feeds.

"Facebook doesn't want you to see controversial stories in the news feed that make you sad. They want you to view it as a nice, happy place. To the extent they have intertwined with the news business so far it's been been nothing but bad PR for them," said Joshua Benton.

So is Facebook engaging the news media now largely because the media have the power to make Facebook look bad? 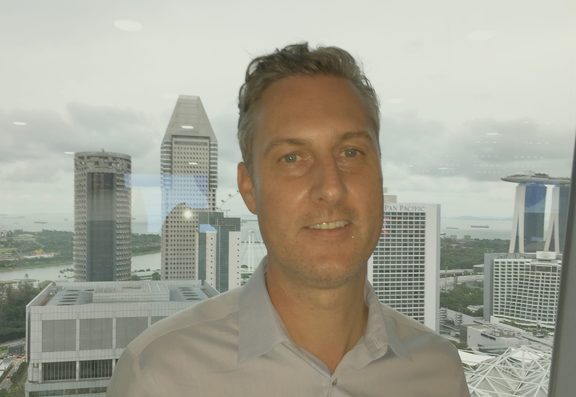 "There is no cynicism in this with this group of people,"  head of news partnerships for Australia and New Zealand Andrew Hunter told Mediawatch.

"We have prioritised local news in the news feed because there is a correlation between people consuming local news and being more civically engaged," Hunter, who was formerly Micosoft MSN Australia editor-in-chief, said.

In a book he co-wrote in 2015 - All Your Friends Like this - How Social Networks Took Over the News - he clearly saw which was the wind was blowing.

He said local news feed changes had already paid off in New Zealand for the likes of the New Zealand Herald and TVNZ.

Now that so much news is consumed via Facebook however, many news publishers feel they are at the mercy of the mysterious Facebook algorithm that serves up the news feed to users.

When Facebook boss Mark Zuckerberg announced this year the algorithm would be tweaked to "make people happier", referrals of news took a sudden and costly dive.

"The changes were not [intended] to change the nature of the news feed to make people happy or sad. While we have prioritised 'friends and family' content, Facebook is committed to elevating the quality of news. We know this is what the industry wants and people on Facebook want from trusted sources," said Mr Hunter.

The Trusted Sources plan involves surveying users about what they trust. Will New Zealand's users' opinions be harvested?

Mr Hunter said that was only happening in the US so far and they were still "looking at those signals".

Given so much online news traffic now flows through Facebook and it has grown rich on the advertising income that once flowed to the news media, is now the right time for Facebook to bite the bullet and start funding the news directly - or even create its own news platform?

He said if Facebook started funding news directly, the demands upon it to do so all over the world would be huge.

"I would love for Mark Zuckerberg to wake up tomorrow and fund an endowment for journalism in America. But then the Canadians would say: 'What about us?' Then New Zealand, then Namibia and so on."

"I am sure that idea has been discussed," said Andrew Hunter.

"Every idea for how to save news has been fed back to the news partnerships team at Facebook. But we have to think about the social and business implications of an idea like that - not just for Facebook but for other media organisations as well. It's not an idea we are going with at the moment," he said.

Previously Mediawatch looked at the problems of misinformation and fake news for the media across the Asia Pacific region - and responses from governments in some countries. These issues were discussed at an international media summit in Singapore called the What Is News Now? Colin Peacock attended with a travel grant from the Asia New Zealand Foundation.