Shining a light on our movie money

The New Zealand Herald has revealed that subsidising movies made in New Zealand has skyrocketed in spite of little agreement about whether it pays off. Showcasing New Zealand is one of the goals too but some TV shows have contrived Kiwi content to secure financial help - and one currently on air gets a break even though it showcases Fiji. 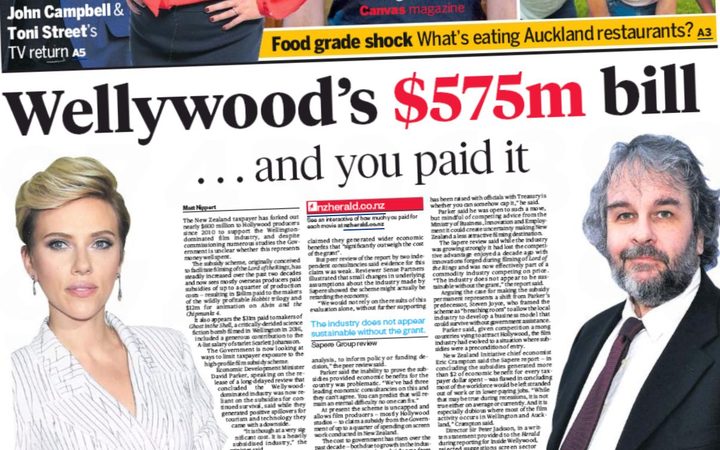 The Herald's Inside Wellywood series calculated the cost of subsidising Hollywood productions here has been $575m since the previous government introduced The New Zealand Screen Production Grant in 2010.

The series kickstarted media debate about the growing public stake in in the industry - and whether its very future is now at stake.

"You seem to be asking whether New Zealand needs incentives. In my mind it's very simple: Does New Zealand want to have a film industry?" said Sir Peter Jackson in statement.

He wouldn't be interviewed by the Herald, but David Wright  - the chief operating officer of Sir Peter's high-profile Wellington based film production outfit Weta Digital - told the Herald subsidies and tax breaks offered by the government are essential for getting movies and TV shows from around the world made here in NZ. 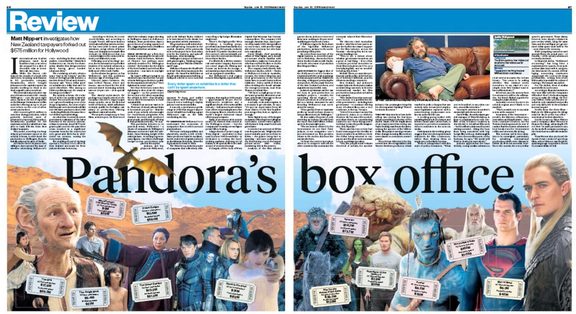 Matt Nippert's 'Inside Wellywood' article in on the ties between government and movie-making. Photo: PHOTO / RNZ Mediawatch

The NZSPG scheme is now under review by the current government and in a 160-page report (PDF) made public last week, analysts argued the spending stimulates our overall economy but the benefits are unclear.

On Newstalk ZB and its sister paper the New Zealand Herald broadcaster Mike Hosking reckoned "every cent" was money well spent even though the concept of corporate welfare is usually an anathema to him.

"No doubt, scrapping the film subsidies would create a level playing field for everyone. Problem being, that field would be somewhat barren," said Wellington-based journalist Gordon Campbell on Scoop.co.nz.

He said it was wrong to see the scheme as a Hollywood handout because movie makers need to spend the money in New Zealand first to get a proportion back.

He also pointed out that key conclusions of the government-commissioned evaluation were challenged by one of the two peer reviews of it.

More money has been spent subsidising high performance sport in the same period, he said, and that wouldn’t deliver comparable economic benefits and job skills.

However, the scrutiny and transparency were healthy, he reckoned. There wasn't much when rebate and subsidy deals were done to ensure the blockbuster Lord of the Rings trilogy would be filmed and produced here in years gone by.

On Nine to Noon last Monday, political pundit from the left Stephen Mills praised the Herald but he wasn’t in favour of corporate welfare for movies. Neither was his competing commentator from the right, Matthew Hooton.

Putting NZ in the picture?

Showcasing New Zealand is one of the main goals of the NZSPG, alongside building the domestic film and TV industry.·

And the lengths some film-makers go to meet that requirement was another startling aspect of the Herald’s Inside Wellywood series.

Matt Nippert reported that international film and television producers have in the past Kiwi-ised their productions to qualify by delivering "significant economic benefits".

For example, Sir Richard Taylor offered to relocate the secret island base for Thunderbirds to the Kermadecs and the kids TV show Power Rangers got an extra 5 per cent rebate in 2014 for injecting Kiwi characters and scenes into the show.

In 2016 the SPG policy changed to allow television producers to get the large-budget screen-production fund without contrived Kiwi content.

One TV show that will also get some of its money back does almost nothing to showcase New Zealand can currently be seen on TV2.

"The film-makers acknowledge the assistance of the New Zealand Government's Screen Production Grant," according to credits for Heartbreak Island - described by TVNZ as “Tinder in the tropics” (a foreign-format show we looked at last month on Mediawatch).

The grant repays 40% of production expenditure in New Zealand.

NZ film Commission told Mediawatch Heartbreak Island has “provisional certification of eligibility” even though it's filmed in Fiji and employs no New Zealand actors - just contestants and two hosts (one of whom is a former reality show winner). 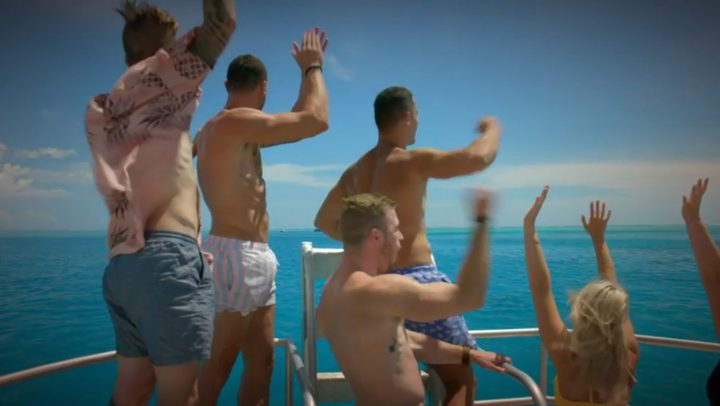 It's made by Auckland-based company Imagination TV which has a subsidiary in Fiji to make progarmmes there.

The website says co-owner and creative director Darryl McEwen owns a home in Fiji and "is keen to promote industry there".

“We can crew your production, find you the perfect location, build your set, locate your props and offer up the opportunity to make television in paradise!” says the website.

Heartbreak Island's end credits say it was "filmed on location in Fiji with thanks to the Government of Fiji and Film Fiji".

Film Fiji promotes the country as a shooting location offering a tax rebate of 47% for film or TV productions.

Is the New Zealand government  - and public - subsidising a show which showcases Fiji, was filmed there and which was already subsidised by Fiji's government screen scheme?

This week the NZ Film Commission told Mediawatch its criteria say offshore productions can be eligible where "the location for principal photography is reasonably required by the subject matter."

But the Film Commission said only "the remuneration and travel costs of New Zealand residents and the costs incurred in New Zealand" qualify as production expenditure.

The Commission told Mediawatch Heartbreak Island's makers have not submitted a final application for funds. That's not due within six months of the show’s completion.

In the end the bill not be big in the context of the $575 million dollars the Herald reported last weekend as the overall cost of the NZSPG in its first seven years.

But those reviewing the scheme for the government might wonder why we’re paying anything for a show showcasing Fiji for which TVNZ also managed to secure sponsorship from a major fast food brand, a travel company and one of the world’s biggest names in condoms.