An Australian telco's groundbreaking online coverage of the FIFA World Cup failed to fire this week. Disgruntled punters and even the PM have forced it to put the pictures back on TV instead - and all this has sparked fans' fears of frozen screens here during the Rugby World Cup next year. 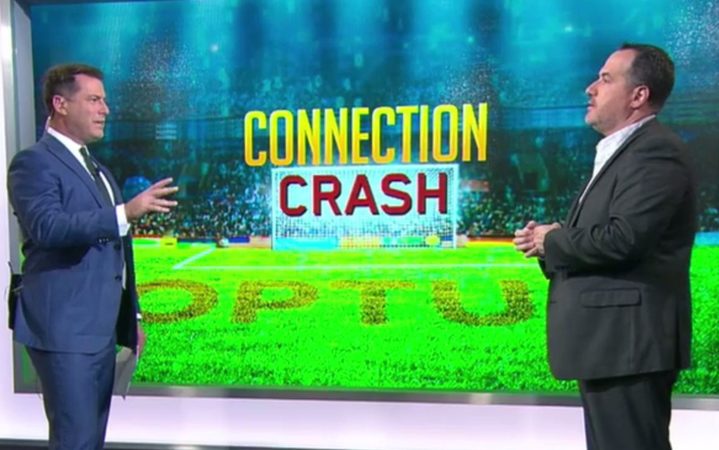 The World Cup streaming woes of telco Optus have been a PR disaster for the company - and a setback for the online streaming of live sport. Photo: screenshot

Iceland's national broadcasting service RÚV said 99.6% of people watching TV in the country were tuned in to Iceland’s first ever World Cup game against Argentina last weekend. The country's utilities company said water use plunged during the first and second half, but spiked spectacularly on the stroke of half time.

“Iceland’s plumbing system was not overburdened with thousands of simultaneously flushing toilets,” the company said proudly. 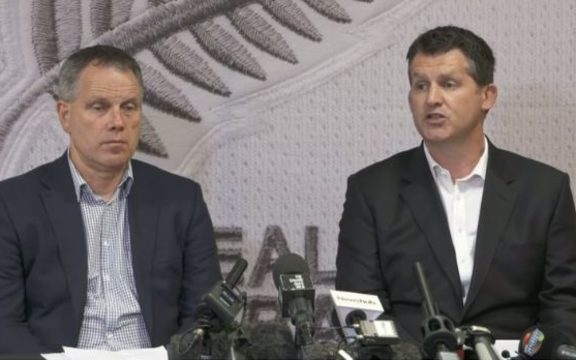 World Cup fever has been a bit more mild here though. The All Whites are not in it and most of the action in Russia happens overnight. (Hence the big ad campaign by TAB remind you to bet before bedtime).

The only live action on screen featuring NZ Football this week was Wednesday’s rather depressing press conference where the top brass were grilled about about the suspension of White Ferns coach Andreas Heraf.

However, in Australia things are a lot more entertaining both on the pitch in Russia - and in the media across the ditch.

The Socceroos are at their fourth consecutive World Cup and Australian anti-siphoning laws ensure live coverage of the team must be available on free to air TV.

In the past the public network SBS has screened the entire World Cup on TV, but this year SBS hooked up with telco Optus to be the exclusive Australian broadcasters of the 2018 FIFA World Cup.

The deal mirrors the Spark/TVNZ deal for the 2019 Rugby World Cup.

Optus and SBS launched an app giving Australians free access to 25 matches live and on demand in HD with multi-lingual commentary options.The remaining 39 games are available exclusively to subscribers via an app for A$15 per month.

Optus described the app as a one-stop shop for matches as well as breaking news, analysis, highlights, scores, stats and standings . . .and more.

"Users can access an exclusive Full HD MatchCast experience which provides five different pitch angles, including a Cable Cam and new mosaic stream and allows users to follow teams and players for an even closer look," Optus boasted on the eve of the tournament.

But after talking a good game, “the one stop shop” from Optus stopped and started when the action began.

Freezing pictures and error message drove customers mad and the rest of the media had a field day. 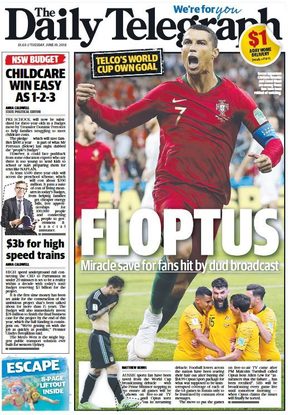 The media across the ditch have piled on to Optus over the streaming failure. Photo: screenshot

Optus handed the job of covering the Cup back to SBS on TV after the PM Malcolm Turnbull called the company’s CEO and urged him to make a captain‘s call.  Anyone who has already paid will have the subscription fee refunded.

Is it news here if football coverage of an Aussie telco hits the buffers? It wouldn’t be but for the fact that the next Rugby World Cup will also be a live TV and online joint-venture between a big broadcaster and the biggest telco in town.

"Obviously we don't know everything that's happened over there, but we will take any learnings that we can,” Spark senior communications partner Lucy Fullarton told the media this week:

“Spark need to trial their system first with coverage of another event and find out who is going to watch and when,” said Marc C Scott, an expert from Victoria University in Melbourne in the impact of technology on broadcasting sport in Australia.

Mr Scott says it’s still not clear why the Optus live-streaming failed, but many Australians have accounts with streaming services like Netflix and at times  “too much data is coming down one pipeline.”

He says its possible Optus put too much effort into the digital innovations like camera angles, VR options and interactive streams.

“The add-ons would have been great but you’ve got to get the basics right,” he said.

He says old fashioned broadcast TV coming to the rescue is a setback for those insisting the internet is the future for live sport. 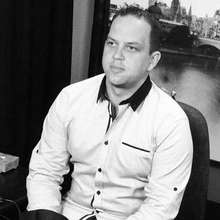 A year ago a much anticipated Game of Thrones premiere failed in Australia and subscribers were furious.

“It leaves an impression, just as when you meet someone for the first time,” he said.

"But there are other examples - like the Rio Olympics - where it worked well,” he said.

Online streaming of cricket recently reached a record audience in India with cricket, and Formula One is successfully reaching new viewers online.

He says the NBA in the US is leading the way in micro-payments. Fans can receive alerts when a close game is entering the final quarter, and pay 99 cents to watch til the end.

This week, the PGA in the US announced it would be offering free streamed coverage of weekend golf tournaments via Facebook.

"They need to be multi-platform and make sure the audience can get (the live coverage) one way or the other,” he said.