The reporter who won the big prize at last week’s Voyager Media Awards says the biggest stories in the world these days are often cracked by reporters working across borders. He wants to put New Zealand investigative journalism into the international frame. But how would that work? 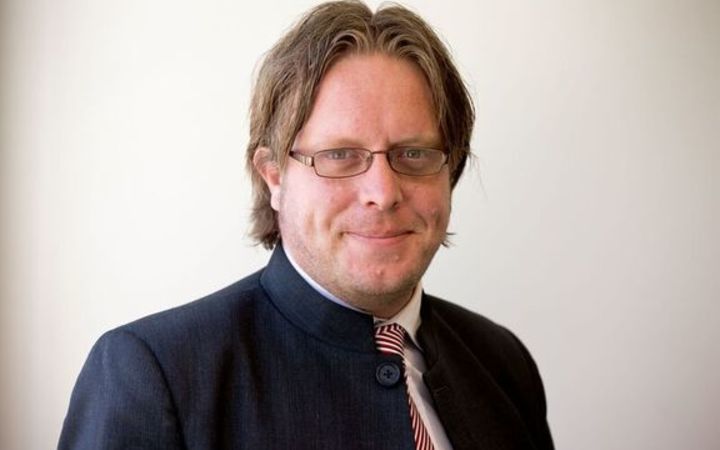 When the Weekend Herald rolled off the presses late on the Friday before last, it had the proud boast 'Newspaper of the Year' at the top of the front page, having won the title at the The Voyager Media Awards that night.

The rest of the front page was filled by a story by another of the night's big winners: Herald investigative reporter Matt Nippert.

His story was all about the Inland Revenue Department targeting the offshore holdings of tycoon Eric Watson. Last Monday he had another scoop: Fonterra trying to persuade Bill English to endorse a joint venture in Russia last year while our international allies were putting economic pressure on Russia over its annexation of Crimea.

Nippert was named reporter of the year in 2016 and 2017 for stories like these. This year he won the most coveted prize: The Wolfson Fellowship.

This prize brings prestige, but also precious time out: 10 weeks at Cambridge University in the UK to study a subject of significance for the media.

Yet these yarns are, he argues, inherently transnational. 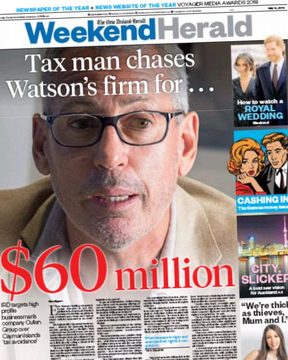 A case in point: The 'Panama papers' law firm Mossack Fonseca used a bankrupt Elvis impersonator from Tauranga to conceal the affairs of a Russian mobster exiled in Switzerland, then later used his home address as cover for a bribery ring run out of Monaco.

It sounds like the plot of a far-fetched thriller, but it's just one example of how multi-national financial crimes can be these days.

"The problem I and other financial journalists are facing is that 'following the money' is all well and good, but what do you do when it goes to the Cayman Islands? It's very difficult to follow it from that point," he told Mediawatch.

Most of the characters in stories like this are below-the-radar, but the biggest brands in the world are also moving money around the world to maximise profits and minimise tax.

Nippert has also investigated how global corporations do billions of dollars’ worth of business here but pay little - or nothing - to the IRD.

At present these stories are tackled by individuals like himself, with "an ad hoc collection of international contacts and fellow reporters abroad serendipitously digging into the same story," he said.

But to do these stories fully – or even coherently – requires reporting and specialised knowledge from more than one jurisdiction, and often fluency in more than one language, he said.

"I've built up a small network colleagues and assistants around the world, but it's extremely informal," he told Mediawatch. 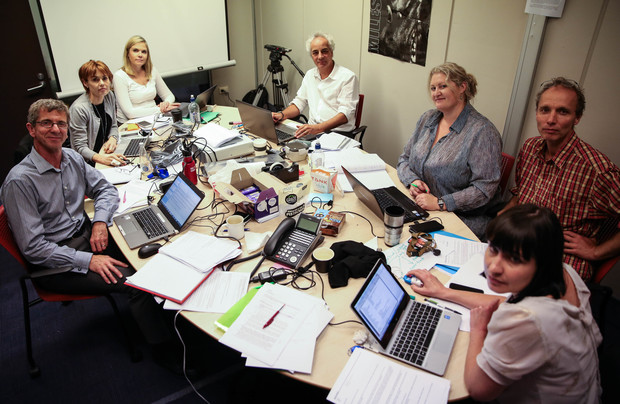 "My Twitter feed occasionally has panicked calls for a Portuguese translator or someone to translate Chinese documents," he said.

There's a real opportunity to take this to another level he says, because there will be news interest in all the countries where dodgy financial transactions touch down.

"My intent is to build up the New Zealand Centre for Investigative Journalism – presently a loose collection of journalists at the coalface, into a more formal clearinghouse for international investigative stories. The objective is to better enable the work of journalists overseas to feed into our stories, and in return co-ordinate the legwork of New Zealand reporters for stories of interest to an international audience," he said.

The Panama Papers and The Paradise Papers were based on huge leaks of secret data, and Nippert said both showed how close co-operation with journalists overseas boosts the reporting of these issues - and makes sure more people get to know about them.

"I intend to study these two mega-leaks to adapt their lessons for a broader range of stories, and also forge links to ensure New Zealand is no longer left on the outer," he says.

The Panama Papers revealed the scale and extent of the use of offshore tax havens.

The project involved more than 300 reporters across six continents, working on a huge volume of leaked documents under the umbrella of the International Consortium of Investigative Journalists (ICIJ).

Another ICIJ-led project based on another huge leak - the Paradise Papers  - revealed tax evasion by wealthy individuals and corporate entities around the world.

New Zealand’s place in these stories wasn’t central, he said, but local entities and operators emerged as key pieces of a global puzzle but local outlets weren’t looped in on preparation for the Panama Papers, Nippert said.

He says it was weeks after the story had begun to break that a collaboration between RNZ, TVNZ and ICIJ member Nicky Hager gained access to the leaked documents.

"The Paradise Papers found New Zealand further on the outer, with no local outlets looped in, meaning a range of tantalising stories have been, so far, left untold," he said.

All this will be discussed at the NZCIJ's upcoming get together in Wellington, where Nippert himself will hand out its own gongs for investigative reporting - The Cijjies.

However, the prizes will be more modest than the Wolfson Fellowship to Cambridge.

"I think I'm getting some pens made up," he told Mediawatch.

The New Zealand Centre for Investigative Journalism has its annual get-together at Massey University in Wellington on the weekend 9-10 June, where Matt Nippert will be handing out the Centre's own awards for investigative reporting in the past year. All journalists and aspiring investigative reporters are welcome: details at https://cij.org.nz/.