Revelations that a fashion brand with a Kiwi-made reputation sells some stuff made offshore lifted the lid on strains in the fashion business. It also prompted a fierce push-back from the owner in the media. 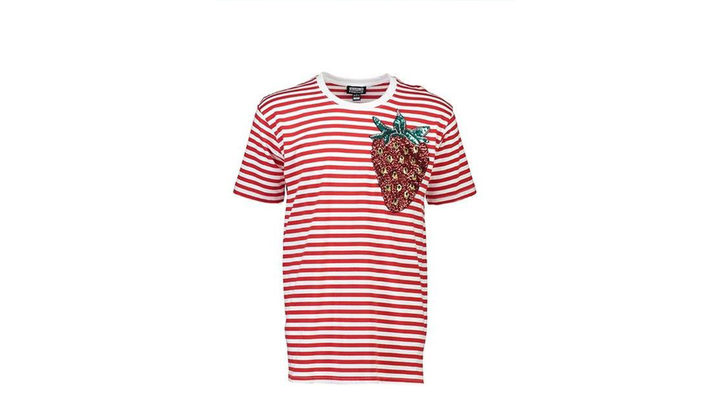 RNZ’s Nine to Noon last Monday kicked off with a long look at some bad news for New Zealand’s fashion business.

A major fabric supplier had announced it will soon quit the industry here. Several high-profile fashion labels have already shut down recently, citing difficulties in sourcing materials as a major reason.

But the fashion story that made most of the headlines this past week was one on The Spinoff website: T-Shirts from Bangladesh. Sequin patches from China. Sold by WORLD as ‘Made in New Zealand’.

The brand of fashion label WORLD is based on clothes designed and made here in New Zealand.

The Spinoff said t-shirts in WORLD stores tagged on the outside as ‘Made in New Zealand’ - in French language - were actually made in Bangladesh and adorned with overseas-made patches. The Spinoff revealed WORLD had been selling t-shirts, sweatshirts and sweatpants manufactured in Bangladesh and China for seven years.

That was surprising given that founder of WORLD - Dame Denise L’Estrange Corbet - had in the past condemned other local designers and labels for outsourcing to what she called “third world” countries.

In a series of interviews on Monday, Dame Denise said WORLD had never hidden where the clothes were made.

On Newstalk ZB and Radio Live she claimed the Spinoff sought to “rip the brand to shreds” and singled out the story’s author, Madeleine Chapman.

It’s highly unusual for someone to question a reporter’s motivation and accuracy like this. And in this case, Dame Denise herself confirmed that Madeleine Chapman's report wasn’t wrong.

The Spinoff had asked if that happened prior to publication of the story, but when Dame Denise said ‘no,’ The Spinoff’s story didn’t mention it.

The question and the denial were only published only after Dame Denise herself urged The Spinoff to publish the questions it put to her last week, and the answers she gave.

Hard to be any clearer, you’d think.

“The Tall Poppy syndrome I see is alive and well and still raging in NZ. Please remind me again why I should keep my production here?” Dame Denise also said in her response to The Spinoff.

That’s not a hard question to answer.

She should keep her production here as long as she tells the world that that’s what WORLD does - unlike rivals in the market.

In a ten-minute encounter on Checkpoint, Dame Denise claimed the ‘Made in NZ’ tags were not deceptive - because the tags themselves were made in New Zealand.

By the same logic, one said, you could label a sausage roll as ‘vegetarian’ if the the label itself was not made of meat.

On Monday, Dame Denise also told several outlets it was not possible to make t-shirts in New Zealand. The last factory with specialised equipment had closed seven years ago.

That was news to the boss of Christchurch outdoor clothing company Cactus Outdoor, Ben Kepes, who said that was wrong on several media outlets including NBR.

Cactus isn't a high fashion clothing maker, but it is surprising that a champion of Kiwi-made manufacturing wouldn’t know of another manufacturer here taking the same stance.

But like her claims about the Spinoff’s handling of the story, Dame Denise’s insistence that this country lacked a company that could make a t-shirt went largely unchallenged in her media interviews on Monday.

Business journalists have weighed in with comment pieces about this affair, but fashion and lifestyle writers seemed strangely uninterested in offering a view in the media - or even self-published fashion blogs.

The Herald published a short piece by its fashion editor in Tuesday’s paper which merely said it’s was tough being ethical these days and consumers were demanding. He didn't mention Dame Denise or the World brand.

Dame Denise has been at pains to point out the vast bulk of her company's clothes are made in NZ: 99 percent of them, she insists.

And judging by the recent closures highlighted on Nine to Noon on Monday. it is tough for home-grown fashion outfits to make their outfits here at home these days.

But before the controversy over WORLD made the news, designer Abby Van Schreven told Nine to Noon Kiwi fashion labels still attract discerning local buyers because they have a good reputation.

"There's definitely a market for it and people are becoming more conscious abut where they spend their money," she said.

That’s why any confusion over local production really does matter.

On RNZ’s Checkpoint and Newstalk ZB’s Drive show last Monday, Dame Denise said no-one had ever complained about the country-of-origin tags over the past seven years.

But when reporters see something that doesn’t look right they ask questions - and then let everyone know what they’ve found out.

That’s journalism - it’s not hard to put a label on that.