Ten journalists were killed in Afghanistan this week by a bomber posing as one of them. They were the latest victims of rising hostility to the media around the world. Peter Greste - who knows what it's like when colleagues get killed and who was also jailed for his journalism - tells Mediawatch that solidarity and standards now matter more than ever - as well as safety. 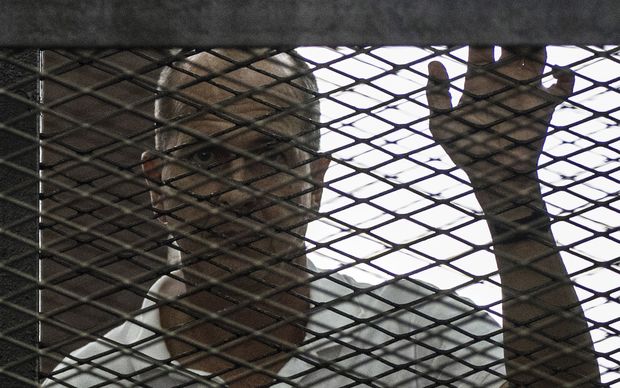 Working for Al Jazeera, Greste was jailed on trumped up terrorism charges for more than 400 days, never knowing when he would be free again. Photo: AFP

Reporters Without Borders said Monday’s bombing in Kabul killed more journalists than any other single attack in Afghanistan since the ousting of the Taliban in 2001. One of the casualties was Shah Marai, photographer for the French news agency AFP.

At the burial of @AFP's Shah Marai this afternoon, his longtime friend and colleague, @AP's @Massoud151, who was lucky to survive the blast that killed his friend, eight other journalists and twenty more, looked to the sky. pic.twitter.com/Gfme82k1Bg

In 2016, he wrote an emotional article on the AFP website about the risks he faced.

"I don’t dare to take my children for a walk. I have five and they spend their time cooped up inside the house. Every morning as I go to the office and every evening when I return home, all I think of are cars that can be booby-trapped, or of suicide bombers coming out of a crowd," he wrote.

In recent years, the Western media presence in Afghanistan has waned and local reporters have replaced foreign correspondents from major news outfits.

Afghanistan was Greste's first full posting as a BBC correspondent in 1995. 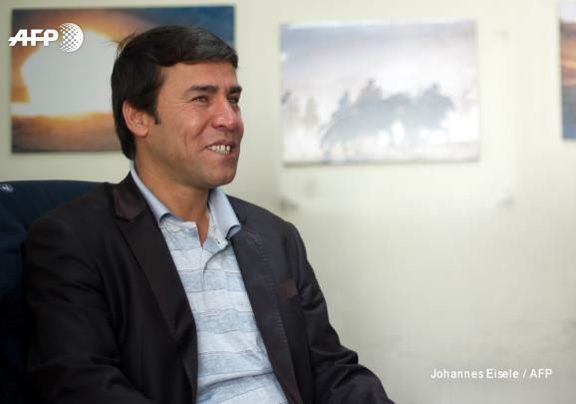 Years later, In 2005, he arrived in Somalia's capital Mogadishu on assignment with BBC producer Kate Peyton. He was close by when she was shot outside their hotel the day they arrived.

She died of her wounds in hospital there. Greste said it was an assassination targeting a journalist.

Last Monday, he said the Kabul attack was a black day for media freedom.

“When the truth is too uncomfortable, they go after the media,” he said on hearing the news.

He and two colleagues discovered this in Egypt, another country Reporters Without Borders identified last week as actively hostile to journalists.

Working for Al Jazeera, Greste was jailed on trumped up terrorism charges for more than 400 days, never knowing when he would be free again. It triggered a remarkable campaign in which rival media outlets banded together to demand their release under the slogan "Journalism is not a crime."

Greste tells that story in his recent book The First Casualty  - and he also sets out what it he thinks it signified in the context of post-9/11 journalism.

The title comes from a saying widely attributed to US senator who said 100 years ago: "The first casualty when war comes is truth."

Forty-three years ago another Australian correspondent - Phillip Knightley - wrote a classic reckoning about war reporting with the same title: The First Casualty.

Knightley's book lifted the lid on how the coverage of war had been skewed by propaganda, military authorities and governments since the Crimean War in the mid 1850s.

The book came out as the Vietnam war was grinding to a halt in 1975, but Knightley doggedly added chapters to later editions to cover the Falklands War, the first Gulf War, the former Yugoslavia and Kosovo.

As an octogenarian, he tracked the impact of embedded journalism and the spread of modern communications and 'weaponised' PR in the post-9/11 wars.

Before he died in late 2016, he had made many correspondents and editors reconsider their role as truth-teller or propagandist.

"The age of the war correspondent as hero appears to be over," Knightley concluded in his 2004 edition. 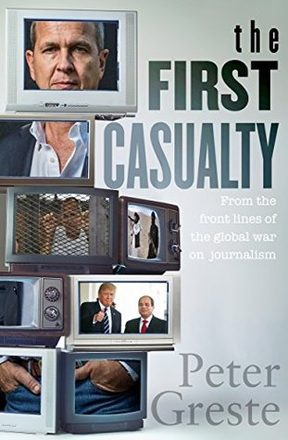 Greste, who describes his The First Casualty as "part memoir, part history", believes journalists themselves are becoming the victims of politics.

"This has nothing to do with us and everything to do with press freedom. It is...about intimidating every journalist working in Egypt," he concluded while in prison in Cairo.

The final chapter of the book is a plea for a commitment to professional standards.

"This isn't just a one-way street. It isn't just governments who have a responsibility here," Greste told Mediawatch.

He said the Egyptian government and Al Jazeera's critics would have been scouring his record while he was behind bars for hints of bias, sympathy for its opponents, or any looseness with the facts.

"If the Egyptians had found anything in our history to plant a seed of doubt in the minds of the public, people might have thought that where there's smoke there may be fire.

"If the confidence in our work had slipped, public support for our cause would have crumbled," said Greste, who's now UNESCO Chair of Journalism and Communication at the University of Queensland.

"It underlines the desperate, vital need to maintain public support when it comes to arguing for media freedom. Without it I'd still be in prison," he told Mediawatch.

The collision of opinion and reporting that's increasingly common in media today bothers him.

"As an industry we need to take a good look at ourselves," he said.

"We report news, then there's analysis and comment on the news. The freedom to do that absolutely should not be limited. But we need to maintain a clear line between what is news and what is comment," he said. 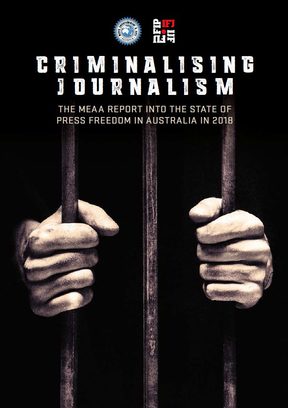 "There used to be a time when the only time you'd see a front-page comment was after a massive news event which justified front-page editorialising. It's that kind of leakage I'm worried about," he said.

"I understand why news organisations are doing this - because the business models have collapsed in the digital revolution and we're all in a desperate hunt for clicks and eyeballs and attention online," he said.

"But if we don't keep a strong sense of values and maintain that self-discipline, we will lose public support and public trust. In an era of fake news, we could end up in real trouble," he said.